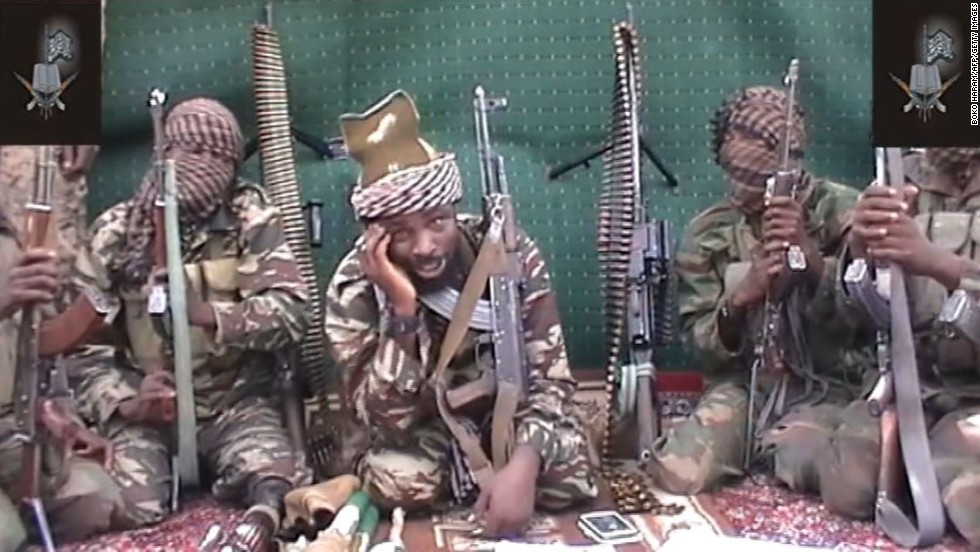 As Boko Haram has continued to unleash its violence across northern Nigeria, the group seems to be gaining ground. Under the leadership of Abubakar Shekau, Boko Haram has evolved from a terrorist group into an insurgency that seeks to establish an Islamic state. And Boko Haram’s tactics have changed accordingly, from smash and dash attacks, killing thousands, into attempts to grab and hold territory.

In a video obtained last weekend by Agence France Presse (AFP), Boko Haram leader Abubakar Shekau celebrated the group’s recent successes and gave a warning to those opposed to him and his ideology. Shekau is shown standing in front of three SUVs, wearing military fatigues with a Kalashnikov slung across his body, as he rants, in a mixture of Arabic and Hausa, to the camera. He holds a notebook in his left hand from which he reads.

After Shekau’s video was released, it was widely reported that he had declared the establishment of an Islamic caliphate covering significant parts of Nigeria. Shekau’s video came less than two months after Abu Bakr al Baghdadi, the head of the Islamic State, declared that he now rules as “Caliph Ibrahim” over large swaths of Iraq and Syria. With that in mind, Shekau’s appearance was widely interpreted as either an attempt to hitch his group to Baghdadi’s bandwagon, or to grab the spotlight for himself by capitalizing on caliphate fever.

But a careful analysis of Shekau’s recording shows that his words were likely misinterpreted. According to a translation obtained by The Long War Journal, Shekau highlights recent attacks perpetrated by his group throughout Nigeria. “Thanks be to God who gave victory to our brethren in Gwoza and made it a state among the Islamic states,” Shekau says. “Thanks be to God who brought grief to the unbelievers like Israel and Britain, or England, and their father America.”

While translations may vary, it does not appear that Shekau uses the specific word “caliphate,” as was reported. A “state among the Islamic states” in Gwoza, which is in northeastern Nigeria, is far short of being a caliphate. And later in the same video Shekau says that he and his followers belong to the “State of Islam” and do not recognize Nigeria as a nation-state. This again falls short of being a “caliphate,” as Shekau is simply repeating the jihadists’ argument that the Muslim community cannot be divided according to national boundaries because it is one “country” that “is governed by Allah’s Book and by the traditions of our Prophet.”

Perhaps Shekau intended to claim that Gwoza, which was seized by Boko Haram earlier this month, is now part of the jihadists’ imagined caliphate. But this interpretation falls short as well. Shekau does not use any of the terminology associated with the jihadists’ caliphate. He does not use the phrase “emir of the believers,” which is usually how the caliph is addressed. In fact, no other jihadist leader is named in the video. The only leader named is Shekau himself. But Shekau says he is the leader of Boko Haram, or the “People of the Sunna Group for Advocacy and Jihad in the country called Nigeria.” Shekau does not describe himself as a caliph, or even as the head of an Islamic state.

There is also no evidence in the video that Shekau intended to associate Boko Haram with Baghdadi and his Islamic State, as has been speculated. Baghdadi is not named, let alone addressed as the “emir of the believers.” He does not mention the Islamic State. And he mentions Iraq only in passing, noting that America is opposed to the jihadists’ imposition of sharia law in that country. Shekau has previously praised the jihadists’ advances in Iraq, but in this video he does not even do that.

Much of Shekau’s speech is a diatribe against democracy. Shekau draws a sharp distinction between his group and those who live under any form of democracy, which he defines very broadly. Shekau says the people of Nigeria cannot be Muslims unless they disassociate themselves “from democracy and other similar sacrileges.” He declares that democracy “is worse than sodomy … adultery … [and] paganism.” Shekau repeats the common jihadist argument that democracy is based on “man’s laws,” “made by man for fellow men.” Democracy is wrong, in Skekau’s view, because it is opposed to the sharia-based governance that Boko Haram seeks to impose based on supposedly divinely-ordained laws.

Shekau threatens to continue Boko Haram’s attacks because the rulers in Nigeria and neighboring countries refuse to forswear what he calls “democracy” and govern according to sharia.

Boko Haram’s offensive reveals that it is intent on holding territory and gaining new turf. The majority of the group’s attacks have taken place in Nigeria’s northeast, where the jihadists have repeatedly targeted security forces and anyone else opposed to its violent agenda. But Boko Haram’s violence is not without purpose and the group has an extensive reach beyond its strongholds in northern Nigeria. Shekau’s terrorists have, for instance, launched attacks in the capital of Abuja, including hitting a UN office in 2011 and a shopping center ahead of a World Cup match in June.

While Boko Haram has the capacity to strike throughout Nigeria, Shekau has placed greater emphasis in recent months on capturing territory. Boko Haram has attacked towns in northeastern Nigeria and sought to hold the land. The jihadists have hoisted their flags in Damboa, Gwoza, Buni Yadi, Gamboru, and Madagali, among other locations. The Nigerian armed forces have been struggling to regain control in the areas, reportedly recapturing Damboa and surrounding areas in early August. (In his recent video, Shekau claims that it is a “lie” to say that Boko Haram has been defeated in Damboa.)

The group is continuing its offensive in and around Nigeria’s northeastern Borno State. Yesterday the Biu local government council reported that insurgents targeted communication masts in the area, burning them down, and stole a vehicle. Cutting the area’s communications abilities may be a sign that the group intends to take control in Biu.

Additionally, state radio in Cameroon announced that the country’s army killed 27 Boko Haram fighters in continued clashes near Fotokol in Cameroon’s Extreme North region. Boko Haram attacked the neighboring Nigerian border town of Gamboru and an army barracks nearby on Aug. 25, sending over 400 Nigerian soldiers fleeing into Cameroon. The Nigerian press reported yesterday that fighting is ongoing between the Nigerian military and Boko Haram fighters around the strategically important border crossing area.