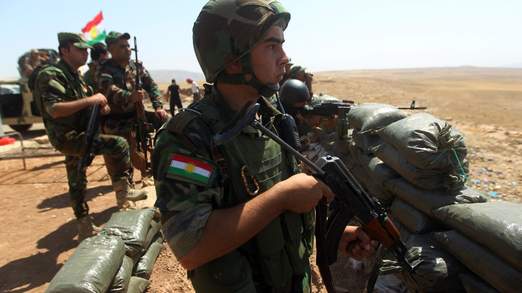 David Cameron has warned that if the Islamic State’s onslaught continues Europe will be facing a “poisonous” terrorist state on the shores of the Mediterranean.

The Prime Minister said urgent action needs to be taken to defeat the extremist group, which has created an expanding caliphate in the heart of Iraq and parts of Syria.

In a letter in the Sunday Telegraph, he said a “firm security response” is needed and Islamic State (IS) fighters would not be removed by airstrikes alone.

He wrote: “Because if we do not act to stem the onslaught of this exceptionally dangerous terrorist movement, it will only grow stronger until it can target us on the streets of Britain.

“We already know that it has the murderous intent.

Mr Cameron said the West’s first priority was to deal with the “acute humanitarian crisis” caused by people fleeing forces from IS, also known as Islamic State In Iraq and Syria (ISIS).

He praised Britons for risking their lives to deliver 80 tons of supplies to the Yazidis trapped in the blistering heat on Mount Sinjar.

“But a humanitarian response alone is not enough. We also need a broader political, diplomatic and security response,” he wrote.

“We are in the middle of a generational struggle against a poisonous and extremist ideology, which I believe we will be fighting for the rest of my political lifetime.

“We face in ISIS a new threat that is single-minded, determined and unflinching in pursuit of its objectives.”

He said IS has made ground in Syria and has the ancient city of Aleppo firmly within its sights.

It also wants to seize territory in Jordan and Lebanon, right up to the Turkish border.

“If it succeeds, we would be facing a terrorist state on the shores of the Mediterranean and bordering a Nato member,” he said.

“This is a clear danger to Europe and to our security.”

His comments come after the Church of England attacked the Prime Minister’s handling of the crisis.

The Bishop of Leeds said “many” senior clergy were seriously concerned that the Government appears to have no “coherent or comprehensive approach” to tackling the rise of Islamic extremism.

In a letter to Mr Cameron backed by the Archbishop of Canterbury, the Right Rev Nicholas Baines said he recognised “the complexity and interconnectedness of the challenges” but criticised an apparent failure to respond effectively to the advance of IS fighters.

He also expressed concerns over a “growing silence” over the fate of the plight of persecuted Christians in Iraq and the failure to respond to calls to set out what arrangements would be made to offer asylum in the UK.