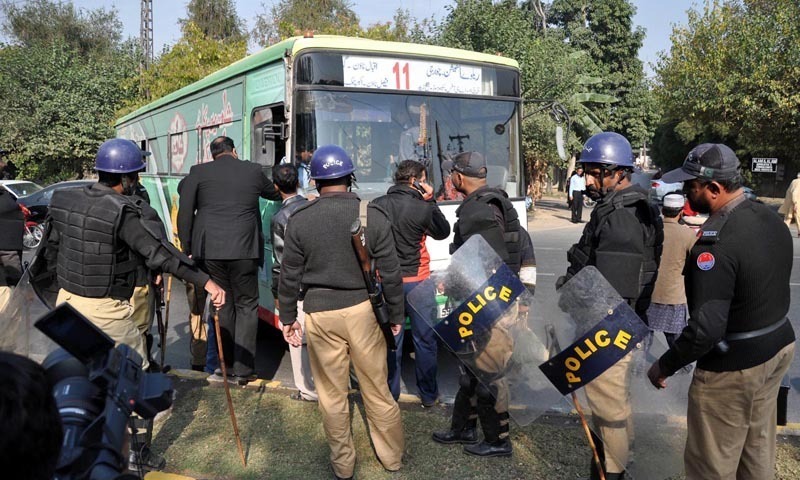 LAHORE: A sessions court in Lahore has ordered police to register murder charges against 21 individuals – including Prime Minister Nawaz Sharif and Chief Minister Shahbaz Sharif – over violence that took place in Lahore’s Model Town in June.

At least eleven PAT workers were killed and over 100 people were injured as police clashes with workers of Tahirul Qadri’s Pakistan Awami Tehreek (PAT) on June 17 in Lahore’s Model Town locality.

PAT workers had submitted an application with police to file a First Information Report (FIR) against a total of 21 people, though the police had so far not filed any charges.

The court further directed the police to register cases against the accused persons and ordered that a report should be presented before it after completion of the said.

Meanwhile, Shahbaz met the premier at his Raiwind residence shortly after the court’s order. Sources said the two discussed the overall situation in the country as well as the court’s decision.

No official word has yet been issued from either the prime minister or the Punjab chief minister’s offices regarding the court order.

According to sources, the Punjab government has been keeping secret the report of a one-member judicial commission formed to probe the Model Town incident.

Sources say the report pins the blame solely on police, clearing Punjab government officials of any responsibility of the incident.