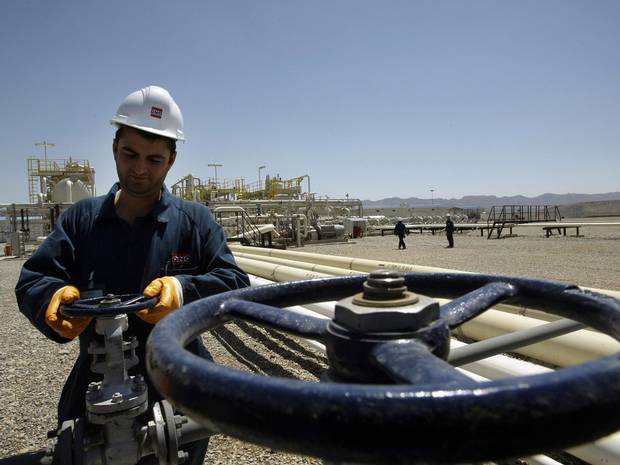 In the Middle East, the first shots of every war define the narrative we all dutifully follow. So too, this greatest crisis since the last greatest crisis in Iraq. Christians fleeing for their lives? Save them. Yazidis starving on the mountain tops? Give them food. Islamists advancing on Irbil? Bomb them. Bomb their convoys and “artillery” and their fighters, and bomb them again and again until…

Well, the first clue about the timeframe of our latest Middle East adventure came at the weekend when Barack Obama told the world – in the most disguised “mission creep” of recent history – that “I don’t think we’re going to solve this problem [sic] in weeks – this is going to take time.” So how much time? At least a month, obviously. And maybe six months. Or maybe a year? Or more? After the 1991 Gulf War – there have actually been three such conflicts in the past three-and-a-half decades, with another in the making – the Americans and British imposed a “no-fly” zone over southern Iraq and Kurdistan. And they bombed the military “threats” they discovered in Saddam’s Iraq for the next 12 years.

So is Obama laying the groundwork – the threat of “genocide”, the American “mandate” from the impotent government in Baghdad to strike at Iraq’s enemies – for another prolonged air war in Iraq? And if so, what makes him – or us – think that the Islamists busy creating their caliphate in Iraq and Syria are going to play along with this cheerful scenario. Do the US President and the Pentagon and Centcom – and, I suppose, the childishly named British Cobra committee – really believe that Isis, for all its medieval ideology, is going to sit on the plains of Ninevah and wait to be destroyed by our munitions?

No, the lads from Isis or the Islamic State or the caliphate or whatever they like to call themselves are simply going to divert their attacks elsewhere. If the road to Irbil is closed, then they’ll take the road to Aleppo or Damascus which the Americans and British will be less willing to bomb or defend – because that would mean helping the regime of Bashar al-Assad of Syria, whom we must hate almost as much as we hate the Islamic State. Yet if the Islamists do try to capture all of Aleppo, besiege Damascus, and push on across the Lebanese frontier – the largely Sunni Mediterranean city of Tripoli would seem a choice target – we are going to be forced to expand our precious “mandate” to include two more countries, not least because they border the one nation even more deserving of our love and protection than Kurdistan: Israel. Anyone thought of that?

And then, of course, there’s the unmentionable. When “we” liberated Kuwait in 1991, we all had to recite – again and again – that this war was not about oil. And when we invaded Iraq in 2003, again we had to repeat, ad nauseam, that this act of aggression was not about oil – as if the US Marines would have been sent to Mesopotamia if its major export was asparagus. And now, as we protect our beloved Westerners in Irbil and succour the Yazidis in the mountains of Kurdistan and mourn for the tens of thousands of Christians fleeing from the iniquities of Isis, we must not – do not and will not – mention oil.

An oil drilling facility in Taq Taq, near Erbil I wonder why not. For is it not significant – or just a bit relevant – that Kurdistan accounts for 43.7 billion barrels of Iraq’s 143 billion barrels of reserves, as well as 25.5 billion barrels of unproven reserves and three to six trillion cubic metres of gas? Global oil and gas conglomerates have been flocking to Kurdistan – hence the thousands of Westerners living in Irbil, although their presence has gone largely unexplained – and poured in upwards of $10bn in investments. Mobil, Chevron, Exxon and Total are on the ground – and Isis is not going to be allowed to mess with companies like these – in a place where oil operators stand to pick up 20 per cent of all profits.

Indeed, recent reports suggest that current Kurdish oil production of 200,000 barrels a day will reach 250,000 next year – providing the boys from the caliphate are kept at bay, of course – which means, according to Reuters, that if Iraqi Kurdistan were a real country and not just a bit of Iraq, it would be among the top 10 oil-rich countries in the world. Which is surely worth defending. But has anyone mentioned this? Has a single White House reporter pestered Obama with a single question about this salient fact?

Sure, we feel for the Christians of Iraq – although we cared little enough when their persecution started after our 2003 invasion. And we should protect the minority Yazidis, as we promised – but failed – to protect 1.5 million genocided Armenian Christians from their Muslim killers in the same region 99 years ago. But don’t let’s forget that the masters of the Middle East’s new caliphate are not fools. The boundaries of their war stretch far beyond our military “mandates”. And they know – even if we do not admit – that our real mandate includes that unspeakable word: oil.