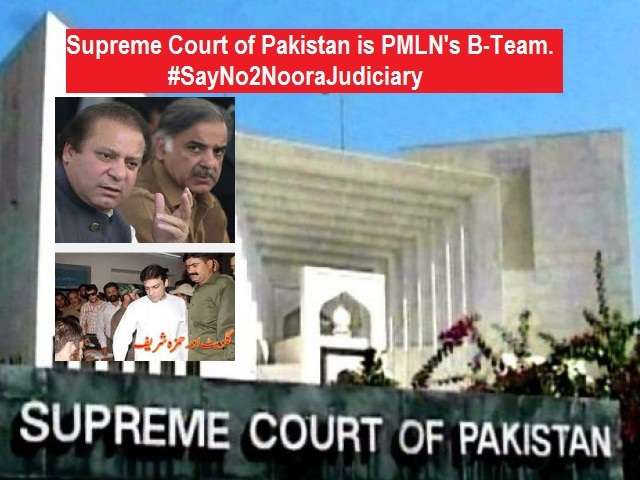 First and foremost, we reject the Supreme Court Commission because all judges are on Nawaz Sharif’s payroll. Silly of Nawaz Sharif to think that Imran Khan and Tahir ul Qadri will fall into the Noora Commission Trap. Can we trust those PMLN-paid judges who release Gullu Butt and Malik Ishaq, endorse Container politics?

From Jawad S Khawaja to Nair-ul-Mulk, from SCP to LHC, all judges are on PMLN’s payroll.

In his speech, Nawaz also gave a veiled threat to media by reminding media that it didn’t play a responsible role in the current political crisis. Of course, he was – without naming – referring to all channels except Geo TV/Jang, Waqt TV and Dunya TV.

Someone should tell Nawaz Sharif that Zia has died long ago and that it’s no longer 1980s. Spare us from your Zia Islamist, pretentious speech!
Meri koi ana (ego) naheen – says Nawaz Sharif. Then how does he explain the witch-hunting of Pervez Musharraf, PMLQ and Qadri?

His speech as expected lacked in susbtance. He has nothing to offer to the nation except Gullu Butts, containers, and massacres.

Nawaz Sharif defended the caretaker set up, yes CM Sethi the 35 puncture expert, who was rewarded with PCB chairmanship, repeatedly.

Nawaz Sharif, instead of apologizing to the nation on the massacre of 22 innocent ‪#‎PAT‬ workers in Punjab, presented himself as a victim. ‪#‎Fail‬ 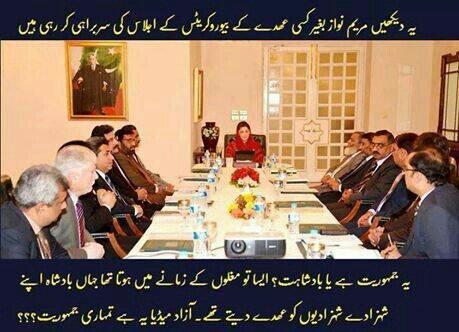