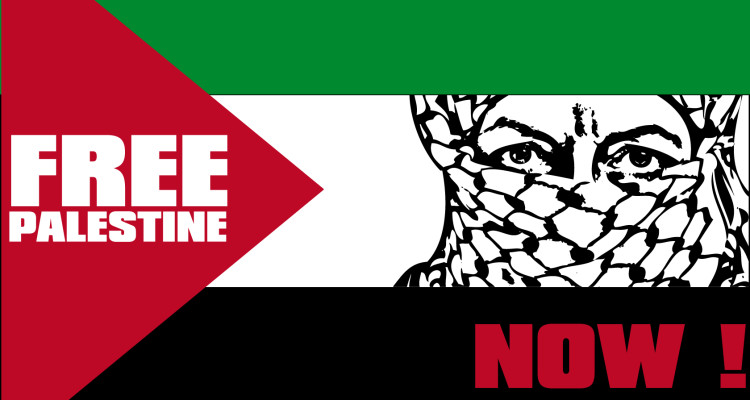 We have long argued that the Arab-Israeli conflict is inherently insoluble. Now, for the third time in recent years, a war is being fought in Gaza. The Palestinians are firing rockets into Israel with minimal effect. The Israelis are carrying out a broader operation to seal tunnels along the Gaza-Israel boundary. Like the previous wars, the current one will settle nothing. The Israelis want to destroy Hamas’ rockets. They can do so only if they occupy Gaza and remain there for an extended period while engineers search for tunnels and bunkers throughout the territory. This would generate Israeli casualties from Hamas guerrillas fighting on their own turf with no room for retreat. So Hamas will continue to launch rockets, but between the extreme inaccuracy of the rockets and Israel’s Iron Dome defense system, the group will inflict little damage to the Israelis.

War Without a Military Outcome

The most interesting aspect of this war is that both sides apparently found it necessary, despite knowing it would have no definitive military outcome. The kidnapping and killing of three Israeli teenagers followed by the incineration of a Palestinian boy triggered this conflict. An argument of infinite regression always rages as to the original sin: Who committed the first crime?

For the Palestinians, the original crime was the migration into the Palestinian mandate by Jews, the creation of the State of Israel and the expulsion of Arabs from that state. For Israel, the original sin came after the 1967 war, during which Israel captured the West Bank, Gaza, the Golan Heights and East Jerusalem. At that moment, the Israelis were prepared to discuss a deal, but the Arabs announced their famous “three nos” at a meeting in Khartoum: no negotiation, no recognition, no peace. That locked the Israelis into an increasingly rigid stance. Attempts at negotiations have followed the Khartoum declaration, all of which failed, and the “no recognition” and “no peace” agreement is largely intact. Cease-fires are the best that anyone can hope for.

Under these circumstances, the Gaza war is in some sense a matter of housekeeping. For Hamas, the point of the operation is demonstrating it can fire rockets at Israel. These rockets are inaccurate, but the important thing is that they were smuggled into Gaza at all, since this suggests more dangerous weapons eventually will be smuggled in to the Palestinian territory. At the same time, Hamas is demonstrating that it remains able to incur casualties while continuing to fight.

For the Israelis, the point of the operation is that they are willing to carry it out at all. The Israelis undoubtedly intend to punish Gaza, but they do not believe they can impose their will on Gaza and compel the Palestinians to reach a political accommodation with Israel. War’s purpose is to impose your political will on your enemy. But unless the Israelis surprise us immensely, nothing decisive will come out of this conflict. Even if Israel somehow destroyed Hamas, another organization would emerge to fill its space in the Palestinian ecosystem. Israel can’t go far enough to break the Palestinian will to resist; it is dependent on a major third-party state to help meet Israeli security needs. This creates an inherent contradiction whereby Israel receives enough American support to guarantee its existence but because of humanitarian concerns is not allowed to take the kind of decisive action that might solve its security problem.

We thus see periodic violence of various types, none of which will be intended or expected to achieve any significant political outcome. Wars here have become a series of bloodstained gestures. There are some limited ends to achieve, such as closing Palestinian tunnels and demonstrating Palestinian capabilities that force Israel into an expensive defensive posture. But Hamas will not be defeated, and Israel will make no concessions.

The question therefore is not what the point of all this is — although that is a fascinating subject — but where all this ends. All things human end. Previous longstanding conflicts, such as those between France and England, ended or at least changed shape. Israel and Palestine accordingly will resolve their conflict in due course.

Many believe the creation of a Palestinian state will be the solution, and those who believe this often have trouble understanding why this self-evidently sensible solution has not been implemented. The reason is the proposed solution is not nearly as sensible as it might appear to some.

Issues of viability and sovereignty surround any discussion of a Palestinian state. Geography raises questions about the viability of any Palestinian polity. Palestine has two population centers, Gaza and the West Bank, which are detached from one another. One population center, Gaza, is an enormously crowded, narrow salient. Its ability to develop a sustainable economy is limited. The West Bank has more possibilities, but even it would be subordinate to a dynamic Israel. If the Palestinian workforce is drawn into the Israeli economy, both territories will become adjuncts to Israel. Within its current borders, a viable Palestine is impossible to imagine.

From the Israeli point of view, creating a Palestine along something resembling the 1967 lines (leaving aside the question of Jerusalem) would give the Palestinians superb targets, namely, Tel Aviv and Haifa. Given its history, Israel is unlikely to take that risk unless it had the right to oversee security in the West Bank in some way. That in turn would undermine Palestinian sovereignty.

As you play out the possibilities in any two-state solution, you run into the problem that any solution one side demanded would be unbearable to the other. Geography simply won’t permit two sovereign states. In this sense, the extremists on both sides are more realistic than the moderates. But that reality encounters other problems.

Currently, Israel is as secure as it is ever likely to be unless Hamas disappears, never to be replaced, and the West Bank becomes even more accommodating to Israel. Neither of these prospects is likely. Israel’s economy towers over its neighbors. The Palestinians are weak and divided. None of Israel’s neighbors pose any threat of invasion, a situation in place since the 1977 neutralization of Egypt. Jordan is locked into a close relation with Israel, Egypt has its peace treaty and Hezbollah is bogged down in Syria. Apart from Gaza, which is a relatively minor threat, Israel’s position is difficult to improve.

Israel can’t radically shift its demography. But several evolutions in the region could move against Israel. Egypt could change governments, renounce its treaty, rearm and re-enter the Sinai Peninsula. Hezbollah could use its experience in Syria to open a front in Lebanon. Syria could get an Islamic State-led government and threaten the Golan Heights. Islamists could overthrow Jordan’s Hashemite monarchy and pose a threat to the east. Turkey could evolve into a radical Islamic government and send forces to challenge Israel. A cultural revolution could take place in the Arab world that would challenge Israel’s economic superiority, and therefore its ability to wage war. Iran could smuggle missiles into Gaza, and so on.

There is accordingly an asymmetry of possibilities. It is difficult to imagine any evolution, technical, political or economic, that would materially improve Israel’s already dominant position, but there are many things that could weaken Israel — some substantially. Each may appear far-fetched at the moment, but everything in the future seems far-fetched. None is inconceivable.

It is a rule of politics and business to bargain from strength. Israel is now as strong as it is going to be. But Israel does not think that it can reach an accommodation with the Palestinians that would guarantee Israeli national security, a view based on a realistic reading of geography. Therefore, Israel sees little purpose in making concessions to the Palestinians despite its relative position of strength.

In these circumstances, the Israeli strategy is to maintain its power at a maximum level and use what influence it has to prevent the emergence of new threats. From this perspective, the Israeli strategy on settlements makes sense. If there will be no talks, and Israel must maintain its overwhelming advantage, creating strategic depth in the West Bank is sensible; it would be less sensible if there were a possibility of a peace treaty. Israel must also inflict a temporary defeat on any actively hostile Palestinian force from time to time to set them back several years and to demonstrate Israeli capabilities for psychological purposes.

The Palestinian position meanwhile must be to maintain its political cohesion and wait, using its position to try to drive wedges between Israel and its foreign patrons, particularly the United States, but understanding that the only change in the status quo will come from changes outside the Israeli-Palestinian complex. The primary Palestinian problem will be to maintain itself as a distinct entity with sufficient power to resist an Israeli assault for some time. Any peace treaty would weaken the Palestinians by pulling them into the Israeli orbit and splitting them up. By refusing a peace treaty, they remain distinct, if divided. That guarantees they will be there when circumstances change.

Israel’s major problem is that circumstances always change. Predicting the military capabilities of the Arab and Islamic worlds in 50 years is difficult. Most likely, they will not be weaker than they are today, and a strong argument can be made that at least several of their constituents will be stronger. If in 50 years some or all assume a hostile posture against Israel, Israel will be in trouble.

Time is not on Israel’s side. At some point, something will likely happen to weaken its position, while it is unlikely that anything will happen to strengthen its position. That normally would be an argument for entering negotiations, but the Palestinians will not negotiate a deal that would leave them weak and divided, and any deal that Israel could live with would do just that.

What we are seeing in Gaza is merely housekeeping, that is, each side trying to maintain its position. The Palestinians need to maintain solidarity for the long haul. The Israelis need to hold their strategic superiority as long as they can. But nothing lasts forever, and over time, the relative strength of Israel will decline. Meanwhile, the relative strength of the Palestinians may increase, though this isn’t certain.

Looking at the relative risks, making a high-risk deal with the Palestinians would seem prudent in the long run. But nations do not make decisions on such abstract calculations. Israel will bet on its ability to stay strong. From a political standpoint, it has no choice. The Palestinians will bet on the long game. They have no choice. And in the meantime, blood will periodically flow.