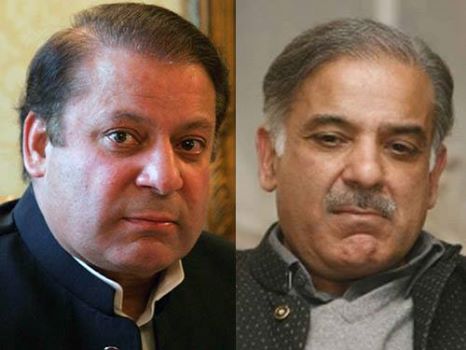 Sectarian killings continue to take their toll as four Ahmadis were murdered Sunday night in Gujaranwala while on Eid day a Shia named Ahsan Manzoor has been gunned down in Karachi.  So let us protest and save Gaza!  This country is at war in the tribal belt. So let us celebrate Eid in Medina and get some directives (maybe some cash) from the Saudi masters. Moreover our prayers inside the tomb of the prophet will lead to total defeat of the enemy! The Muslim Ummah should unite against Israel. So let us first celebrate three Eids in Pakistan before asking Ummah to unite on a single agenda!

There are many poor and needy in our vicinity badly in need of financial assistance.So let us fund Jahadis like Lashkar-e-Taiba, Jaish-e-Mohammad, Sipah-e-Sahaba and the like; for sponsoring violent jehadis brings us greater respect and prestige in the comity of nations!At present the country is utterly in need of inter-faith harmony.
So let us allow full freedom to ulema of various brands to issue “fatwas” (edicts) declaring others as heathens and non-believers!
There is a high probability that terrorists would strike main cities during Eid holidays. So let us ban pillion riding and block mobile communication for a couple of days!

Our economy is badly suffering due to load-shedding. So let us build some overhead bridges and run metro buses in big cities!
Our industrial cartels and the business class are looting the common man. So let us give them some more incentives and tax concessions! Our literacy rate is not high and our education sector is in shambles. So let us build some more mosques, medressas and monuments!  Facebook is carrying lot of undesirable material, damaging our “ideology” and “culture.”So let us ban it! The higher order functioning of the brains of both the brothers presently at the helm of affairs was deficient.Hence, as advised by an ayurvedic hakeem, both of them underwent hair-transplant!