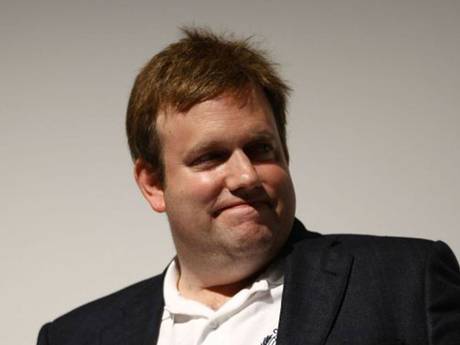 Israeli spokesmen have their work cut out explaining how they have killed more than 1,000 Palestinians in Gaza, most of them civilians, compared with just three civilians killed in Israel by Hamas rocket and mortar fire. But on television and radio and in newspapers, Israeli government spokesmen such as Mark Regev appear slicker and less aggressive than their predecessors, who were often visibly indifferent to how many Palestinians were killed.

There is a reason for this enhancement of the PR skills of Israeli spokesmen. Going by what they say, the playbook they are using is a professional, well-researched and confidential study on how to influence the media and public opinion in America and Europe. Written by the expert Republican pollster and political strategist Dr Frank Luntz, the study was commissioned five years ago by a group called The Israel Project, with offices in the US and Israel, for use by those “who are on the front lines of fighting the media war for Israel”.

Every one of the 112 pages in the booklet is marked “not for distribution or publication” and it is easy to see why. The Luntz report, officially entitled “The Israel project’s 2009 Global Language Dictionary, was leaked almost immediately to Newsweek Online, but its true importance has seldom been appreciated. It should be required reading for everybody, especially journalists, interested in any aspect of Israeli policy because of its “dos and don’ts” for Israeli spokesmen.

These are highly illuminating about the gap between what Israeli officials and politicians really believe, and what they say, the latter shaped in minute detail by polling to determine what Americans want to hear. Certainly, no journalist interviewing an Israeli spokesman should do so without reading this preview of many of the themes and phrases employed by Mr Regev and his colleagues.

The booklet is full of meaty advice about how they should shape their answers for different audiences. For example, the study says that “Americans agree that Israel ‘has a right to defensible borders’. But it does you no good to define exactly what those borders should be. Avoid talking about borders in terms of pre- or post-1967, because it only serves to remind Americans of Israel’s military history. Particularly on the left this does you harm. For instance, support for Israel’s right to defensible borders drops from a heady 89 per cent to under 60 per cent when you talk about it in terms of 1967.”

How about the right of return for Palestinian refugees who were expelled or fled in 1948 and in the following years, and who are not allowed to go back to their homes? Here Dr Luntz has subtle advice for spokesmen, saying that “the right of return is a tough issue for Israelis to communicate effectively because much of Israeli language sounds like the ‘separate but equal’ words of the 1950s segregationists and the 1980s advocates of Apartheid. The fact is, Americans don’t like, don’t believe and don’t accept the concept of ‘separate but equal’.”

So how should spokesmen deal with what the booklet admits is a tough question? They should call it a “demand”, on the grounds that Americans don’t like people who make demands. “Then say ‘Palestinians aren’t content with their own state. Now they’re demanding territory inside Israel’.” Other suggestions for an effective Israeli response include saying that the right of return might become part of a final settlement “at some point in the future”.

Dr Luntz notes that Americans as a whole are fearful of mass immigration into the US, so mention of “mass Palestinian immigration” into Israel will not go down well with them. If nothing else works, say that the return of Palestinians would “derail the effort to achieve peace”.

The Luntz report was written in the aftermath of Operation Cast Lead in December 2008 and January 2009, when 1,387 Palestinians and nine Israelis were killed.

There is a whole chapter on “isolating Iran-backed Hamas as an obstacle to peace”. Unfortunately, come the current Operation Protective Edge, which began on 6 July, there was a problem for Israeli propagandists because Hamas had quarrelled with Iran over the war in Syria and had no contact with Tehran. Friendly relations have been resumed only in the past few days – thanks to the Israeli invasion.

Frank Luntz Much of Dr Luntz’s advice is about the tone and presentation of the Israeli case. He says it is absolutely crucial to exude empathy for Palestinians: “Persuadables [sic] won’t care how much you know until they know how much you care. Show Empathy for BOTH sides!” This may explain why a number of Israeli spokesman are almost lachrymose about the plight of Palestinians being pounded by Israeli bombs and shells.

In a sentence in bold type, underlined and with capitalisation, Dr Luntz says that Israeli spokesmen or political leaders must never, ever justify “the deliberate slaughter of innocent women and children” and they must aggressively challenge those who accuse Israel of such a crime. Israeli spokesmen struggled to be true to this prescription when 16 Palestinians were killed in a UN shelter in Gaza last Thursday.

There is a list of words and phrases to be used and a list of those to be avoided. Schmaltz is at a premium: “The best way, the only way, to achieve lasting peace is to achieve mutual respect.” Above all, Israel’s desire for peace with the Palestinians should be emphasised at all times because this what Americans overwhelmingly want to happen. But any pressure on Israel to actually make peace can be reduced by saying “one step at a time, one day at a time”, which will be accepted as “a commonsense approach to the land-for-peace equation”.

Dr Luntz cites as an example of an “effective Israeli sound bite” one which reads: “I particularly want to reach out to Palestinian mothers who have lost their children. No parent should have to bury their child.”

The study admits that the Israeli government does not really want a two-state solution, but says this should be masked because 78 per cent of Americans do. Hopes for the economic betterment of Palestinians should be emphasised.

Prime Minister Benjamin Netanyahu is quoted with approval for saying that it is “time for someone to ask Hamas: what exactly are YOU doing to bring prosperity to your people”. The hypocrisy of this beggars belief: it is the seven-year-old Israeli economic siege that has reduced the Gaza to poverty and misery.

On every occasion, the presentation of events by Israeli spokesmen is geared to giving Americans and Europeans the impression that Israel wants peace with the Palestinians and is prepared to compromise to achieve this, when all the evidence is that it does not. Though it was not intended as such, few more revealing studies have been written about modern Israel in times of war and peace.