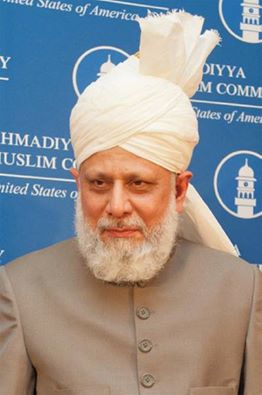 On 27 July 2014, Ahmadi Muslims in Kachi-Pump in Gujranwala were attacked by local extremists in a sectarian attack. During the attack, 3 Ahmadi Muslims, including a 7 year old girl and her 8 month old baby sister were martyred.

In response to this brutal and merciless attack, the World Head of the Ahmadiyya Muslim Community, His Holiness, Hazrat Mirza Masroor Ahmad has said:

“This attack was an act of the most extreme cruelty and brutality, whereby innocent people who were sitting peacefully in their own homes were attacked and left for dead.

It has been falsely claimed that this attack was provoked by a member of the Ahmadiyya Muslim Community. This allegation is completely untrue and without any foundation whatsoever. If those who perpetrated this attack truly felt that 1 person had provoked them then they should have sought his arrest but instead they chose to burn alive an elderly lady and her two granddaughters. In truth, this was an entirely unprovoked assault on all forms of human decency which led to the death of 3 people including 2 very young children.

This attack took place as the local police stood by and watched and took no action. It is yet another example of how the authorities in Pakistan are aiding the persecution of Ahmadi Muslims.

Let it be clear that we Ahmadi Muslims will never undertake any worldly protest and nor will we ever take to the streets. Our response to all of the sustained persecution that we face is, and will always remain, to bow down before Allah the Almighty and to seek His Help and Mercy.

This barbaric attack was conducted in the name of Islam, whilst the truth is that such violence has nothing to do with Islam or its teachings. Such merciless attacks can only be deemed as inhumane in the extreme. These types of vicious assaults are nothing but a stain on the pure and peaceful teachings of Islam.

To kill and to violently oppose is not an act of Islam but it is the act of those people who do not believe in God and do not even possess the most basic human values or decency.

May Allah grant patience to all those left bereaved and to Ahmadi Muslims throughout the world.”