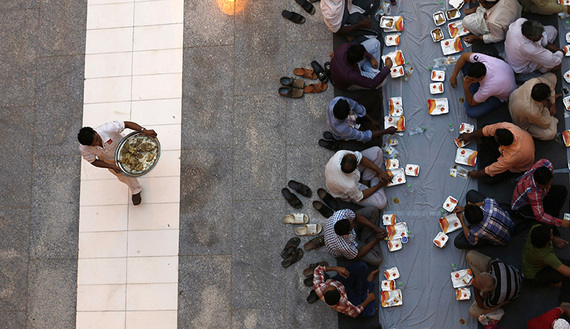 The Sakina Campaign plans to carry out a scientific survey to determine the position of the Saudi public on the “caliphate” announced by the Islamic State (IS) in Iraq and Syria. This comes after the results of an opinion poll of Saudis were released on social networking sites, claiming that 92% of the target group believes that “IS conforms to the values of Islam and Islamic law.” Observers believe that in the current period, it is most important to “focus on the roots of extremism and to address and fight it.”

Meanwhile, Saudi families refused to hold mourning gatherings for their sons who were killed in troubled places outside of the kingdom. The “confusion” that was sparked by IS’ recent expansion saw the proliferation of websites selling shirts carrying slogans that called for jihad and glorified IS. Advisory Committee member Sheikh Abdullah al-Suwailem refused to classify those affiliated with terrorist groups as “criminals,” claiming that pressure had led them to join these groups in the absence of guidance.

Some of the families of those killed fighting outside of Saudi Arabia expressed their “joy,” refusing to show grief over the deaths of their sons. Preachers and sheikhs considered this ideology “the reason for terrorism,” saying, “It harms the reputation of the Islamic religion.” They stressed that those who go to these places of conflict are in violation of the religious authority, which must be followed. They therefore concluded that their deaths are not a form of martyrdom, as their families think. The families are overcome with emotion and distribute sweets and refuse to mourn, show sadness or cry, considering those killed to be martyrs.

Abdul Moneim al-Mushawwah, the director of the Sakina Campaign, which operates under the supervision of the Ministry of Islamic Affairs, Endowments, Da’wah and Guidance in Saudi Arabia, told Al-Hayat: “In the coming period, the campaign plans to work on a manual survey, through which we can determine the extent to which the Saudi public sympathizes with what happened recently in Iraq, namely the declaration of the caliphate.” He added: “This survey will target a specific segment in a particular time period, ranging between one and two months. It will be supervised by an academic to meet the required conditions.”

In a related context, Sheikh Abdullah al-Suwailem, another Advisory Committee member, refused to classify those affiliated with terrorist groups such as IS and Jahbat al-Nusra as criminals. Suwailem told Al-Hayat: “The youth are languishing under various pressures, including some that are legitimate and brave. And excess and pressure are realities experienced by the youth, with little direction.” He added: “We do not classify the youth affiliated with these groups as criminals. If we do this, we prejudice them and make them our adversaries.”

“We must confront arguments with arguments, evidence with evidence. [We should] provide our youth with correct guidance, not criminalize them, so as to not further inflame the issue,” he noted.

On the other hand, shirts with phrases calling for jihad and photos glorifying IS and extremist currents and calling for fighting were promoted on Internet sites and on the social media pages of terrorist organizations. The spokesman for Saudi customs, Issa al-Issa, said: “The importation of clothing requires a commercial registration that lists the activity of clothing trade. As for controls on clothing imports, [any imports] must conform to adopted standards. The customs authority takes a sample and sends it to registered laboratories to report on the extent to which it complies with specifications. Another stipulation is that [the clothing] does not have inappropriate phrases or images that contradict Islamic law.”