Washington Post’s Editorial: The U.S. must take a stronger stand on Bahrain after it expels a senior official 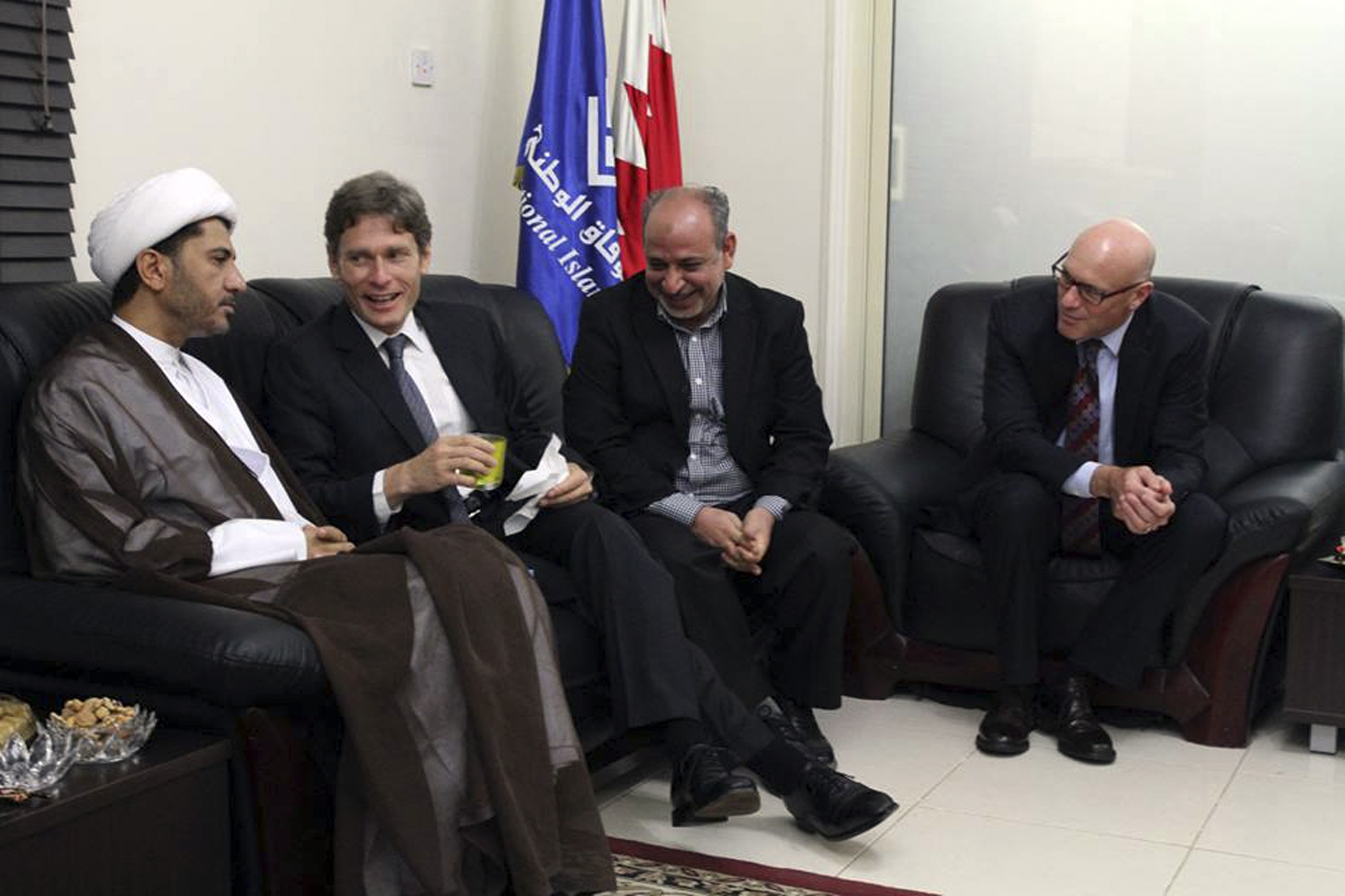 ARAB STATES dependent on the United States for military and economic support once went out of their way to avoid public conflict with Washington. More than five years into the Obama administration, there has been a reversal: Now Arab autocrats go out of their way to defy and humiliate senior U.S. officials while continuing to pocket U.S. aid and arms.

Last month the Egyptian government handed down long prison sentences to three journalists the day after Secretary of State John F. Kerry visited Cairo and raised the case with President Abdel Fatah al-Sissi. Now the Persian Gulf emirate of Bahrain, which hosts the U.S. 5th Fleet and depends on U.S. arms sales and a free-trade agreement, has ordered a visiting U.S. assistant secretary of state to leave the country during an official visit because he met with members of a legal opposition party.

The extraordinary snub was delivered to Tom Malinowski, who heads the Bureau of Democracy, Human Rights and Labor and travelled to Bahrain in the hope of helping to reignite a political dialogue between the autocratic, ethnic Sunni al-Khalifa regime and moderate Shiite opponents. Mr. Malinowski met members of the al-Wefaq party, which has participated in the dialogue, at a reception Sunday night; the next day he was ordered to break off his visit. The regime claimed he had violated a law requiring the presence of a government official at all of his meetings — a stricture not enforced during previous visits by senior U.S. officials.

Mr. Malinowski said in a Twitter posting that he believed his expulsion was “not about me but about undermining dialogue.” Either way, the incident demonstrates how the Bahraini government has radically shifted its policy toward the United States. The regime began dialogue with the opposition partly in response to pressure from President Obama, who in 2011 publicly criticized repression of peaceful demonstrations for greater democracy. Now, with the talks moribund, the al-Khalifas feel free to expel senior U.S. officials who attempt to revive them.

The switch is a logical result of Mr. Obama’s own shifts in policy. Last fall the president made a speech to the United Nations declaring that his administration would subordinate human rights concerns with governments “who work with us on our core interests.” Since then the administration has fought to win congressional approval for a full resumption of aid to Egypt in spite of its reversion to autocracy, and it has continued military sales to Bahrain without regard for the regime’s continued violent repression of dissent.

Bahrain, like Egypt, has evidently concluded that it can flout U.S. counsel on human rights and political reform and even insult and humiliate the secretary of state and his top aides without fear of meaningful consequences. So far they are right: The conviction of the journalists in Egypt prompted nothing more than a statement from Mr. Kerry, while the expulsion of Mr. Malinowski drew only an expression of deep concern from the State Department spokeswoman.

The administration could easily send a stronger message. It could order a reciprocal expulsion — Bahrain’s ambassador to Washington, for example — and suspend further military sales until the dialogue with the opposition resumes. By allowing nominal allies to defy and insult it with impunity, the administration further weakens U.S. standing in the Middle East — and invites more challenges.

8 responses to “Washington Post’s Editorial: The U.S. must take a stronger stand on Bahrain after it expels a senior official”