Home  »  Original Articles   »   PM Cameron: Do you want Salafi and Deobandi terrorists to behead us in Trafalgar Square? 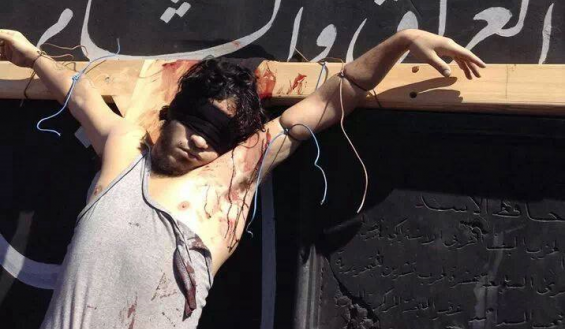 Those British Muslims who value the secular nature of British and other Western societies and don’t want to end up as another Iraq and Afghanistan need to take up the matter of the Salafi Wahhabi hate preacher Anjem Choudary with the law authorities. For years, this hate monger has been allowed to get away scot-free with his calls to violence and incitement to hatred against not just Christians and Jews, but non-Salafi, non-Deobandi Muslims like Sunni Sufis and Shias. Now this man is openly converting peaceful Sunni Muslims in Britain to radical Salafi Wahhabi and Deobandi terrorism, recuriting them to support ISIS’s brutal Caliphate in Iraq and Syria.

Anjem Choudary is not alone. From Bradford to Birmingham, London to Manchester, there is a systematic network of Salafi Wahhabi and Deobandi mosques, madrassahs and NGOs, many of them funded by generous governments and individuals from Saudi Arabia, Qatar, Kuwait, UAE etc, who continue to brainwash ordinary Sunni Muslims in the name of charity projects in Palestine, Syria, Afghanistan and elsewhere and in this process prepare them for violent Jihad against Christians, Sunni Sufis, Barelvis, Shias, and secular leaders.

Why has MI6 failed to take action against Salafi Wahhabi and Deobandi network of clerics and hate preachers who are a threat not only to global peace but also have caused enormous terrorism within the UK in the shape of 7/7 bombings, Glasgow Airport Attack, Woolwich beheading etc?

Can we really suspend our common sense and absolve the UK authorities for literally doing nothing to confront the violent and hate mongering fascism being propagated by the likes of Anjem Choudary?

Just as we must hold countries like Pakistan and Saudi Arabia responsible for allowing similar hate mongers of making life a living hell for Non-Salafists-Deobandis, can British government, media, police and intelligence agencies continue with their Ostrich mentality by ignoring the very real threat posed to their way of life by Anjum Chaudhary?

In this video, Anjem Choudary is unequivocal about his support to the brutal and murderous ISIS (Islamic State) regime, the new Salafi Wahhabi Khilafa (Caliphate) established in Syria and Iraq after massacres of thousands of Christians, Sunni Sufis and Shias. What more evidence is required to start formal legal proceedings against this person and all those who promote and support him?

Are we waiting for crucifixions of Christians, Sunni Sufis and Shias in Trafalgar Square at the hands of Salafi Wahhabi and Deobandi fanatics? Beheadings on the London Bridge and the Burning of Westminister Abbey?

Similar ugly things have happened in Iraq and Syria where ancient Churches, mosques and Sunni Sufi Shrines have been destroyed. Chrisianns, Sunnis and Shias have been brutally murdered and crucified all over the territories currently held by ISIS while the ISIS, with the help of its patrons in Jordan, Saudi Arabia, Qatar and other Salafi dominated countries in the region. The most recent atrocity is to justify the rape of female prisoners of war.

Are we going to let Anjem Choudary advocate this medieval barbarism in the heart of England. If so, then PM David Cameron and his ministers are as culpable for the spread of Salafi Deobandi terrorism as the ISIS.