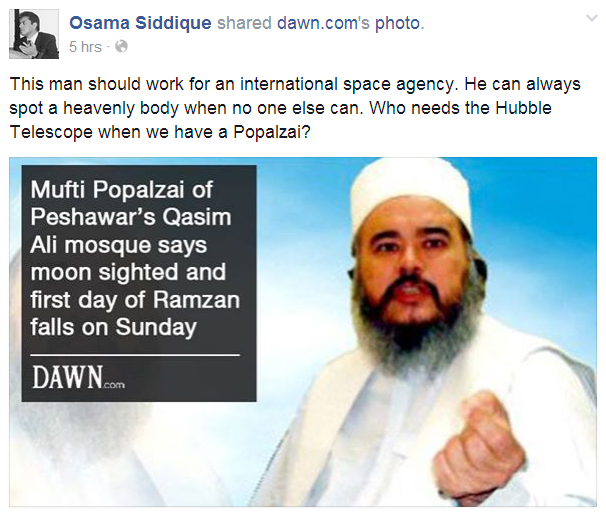 I don’t contest that Pashtuns are the most suffered ethnic group in Pakistan particularly since late 1970s due to the so called Afghan Jihad, increasing Deobandi and Salafi radicalization of their youths and the post-9/11 war on terror. Also, I don’t contest the imperialist role played by the CIA, ISI and Saudi Arabia in using Pashtun Deobandi clerics, madrassahs, intellectuals and politicians as pawns to promote their own strategic objectives. However, my concern pertains to the lack of Pashtun ciritcal self-reflection in the profitable and willing participation of at least some Pashtuns in the regional and global Jihad project. I am also concerned that some Pashtuns are unwilling or/and unable to differentiate between their centuries old ethnic identity (Pashtun) and relatively new faith identity (Deobandi) given that more than 90% of Pashtuns (except those in parts of Kurram, Hangu and Kohat) happen to be Deobandi, a semi-Salafi puritanical ideology.

Often in their articles, facebook statuses and comments, Pashtun nationalist friends (of Deobandi Islamist or secular liberal leanings) freely amalgamate their ethnic and faith identities. It is my considered view that Pashtun nationalist friends can either own and defend their Pashtun identity or Deobandi identity. Trying to own and defend both is ideologically impossible and historically naive.

Amalgamation of Pashtun and Deobandi identities is not only an exclusive and discriminatory approach (it wipes out Sunni Barelvi, Shia and non-Muslim Pashtuns), it also deprives Pashtun intellectuals of critical self-reflection, forcing them to resort to silence or obfuscation on issues such as the Deobandi-Saudi nexus and genocide of Sunni Sufis and Shias at the hands of Deobandi terrorists (of Pashtun and Punjabi backgrounds). To a lesser extent, the recurring and divisive issue of Mufti Popalzai’s moonsighting and arguments in Popalzai’s defence by Pashtun activists too fall in the same category.

That’s exactly why Pashtun intellectuals have been, largely, unable to develop and present a coherent discourse and response to the Deobandi and Salafi radicalization and violence that Pashtuns of Pakistan and Afghanistan have been facing, particularly since late 1970s.

Blaming the outsiders (Punjabis, Arabs, Chechens, Americans etc) offers only a part of the story. The story remains incomplete in the absence of critical self-reflection within Pashtun intelligentsia about their own identity, its past, present and future. 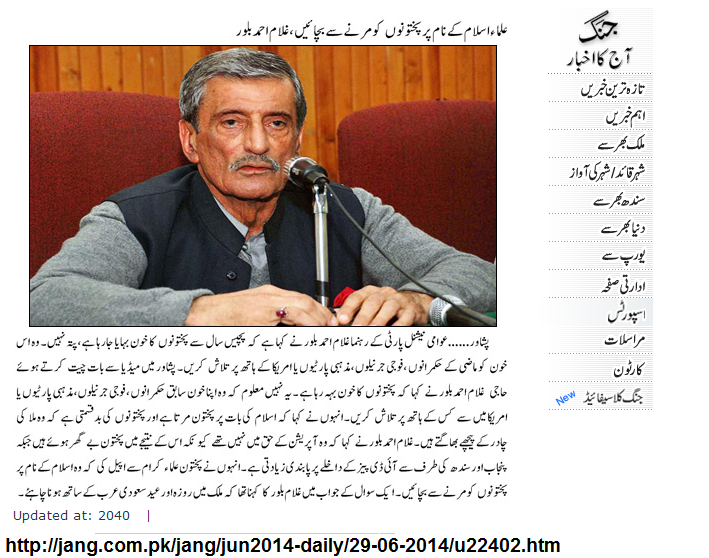 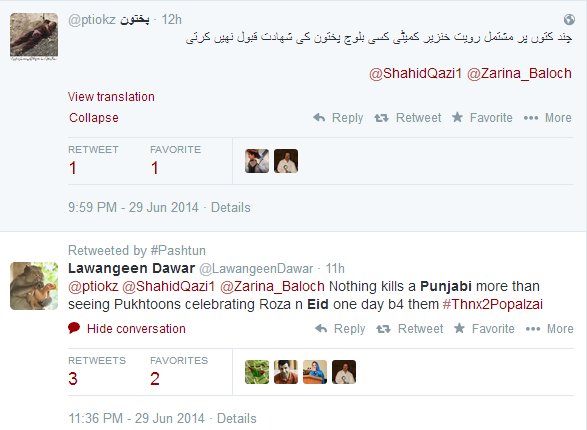