Editor’s note: It is unfortunate that deobandi taliban are dragging Pakistan further into the stone age. A country where air travel will be a thing of the past not future. Diseases like polio will be the norm.
The KPK government, the Nawaz Sharif government and political parties supportive of Deobandi terror groups like ASWJ SSP LEJ TTP are screaming collateral damage about Waziristan operation. At the same time they offer no action about the alphabet soup of Deobandi terror groups operating through Madrassa sanctuaries in urban areas.

PESHAWAR:“You can only imagine your death and a countdown to your final minutes,” said Aslam Khan, one of the passengers on PK-756, recalling the moment he was told that the airplane was under attack minutes before it landed at Bacha Khan International Airport on June 24.

“I heard that the engine had failed and the plane was going to crash. People were reciting the Kalma-e-Shahadat loudly and two minutes later someone shouted, ‘A woman has been injured!’” Khan says a rumour spread that the plane’s empennage (tail) was on fire and passengers unfastened their seat belts, rushing towards the front of the plane.

Cabin crew attempted to avoid a stampede, telling passengers to remain seated, keep their heads down and their seat belts fastened. Khan told The Express Tribune that no one heeded the warning. Another passenger shouted that he saw lightning and heard three blasts. “I was confused as other passengers were saying the engine had failed,” said Naeem Raza, who added that it took a few minutes to land the plane after this burst of panic.

The plane was carrying 178 passengers and crew members, and was travelling from Riyadh, Saudi Arabia. According to the initial report on the incident, the PIA plane was hit 10 times, however, the pilot managed to land the aircraft safely three minutes after the attack.

Ijaz Afridi, a flight steward, was seated on a jumpseat when he was hit by a bullet. “It felt like someone slapped me,” he said. “My friend told me I was bleeding and before I could say anything, two more bullets hit my body. My friend tried to hold me but I could not stand as a bullet hit my leg.”

As the plane landed, crew members appealed to passengers to allow the injured to leave the plane first. The female passenger, Maqnoon Begum, was rushed away in an ambulance. Ijaz is currently receiving treatment at the Combined Military Hospital (CMH) in Peshawar. His brother Ayaz said Pakistan International Airlines officials had made efforts to care for his brother, but the federal and provincial government had yet to inquire after his health. 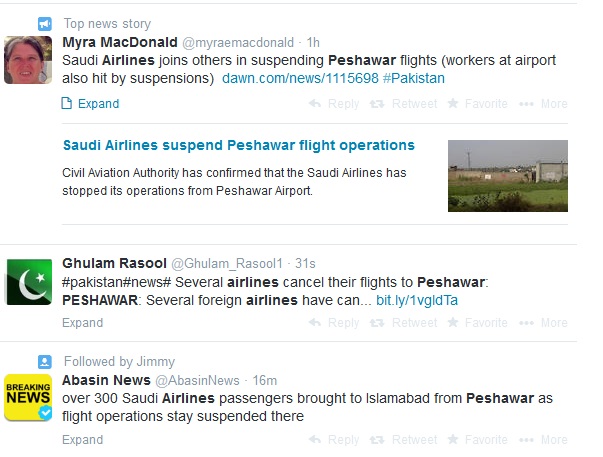 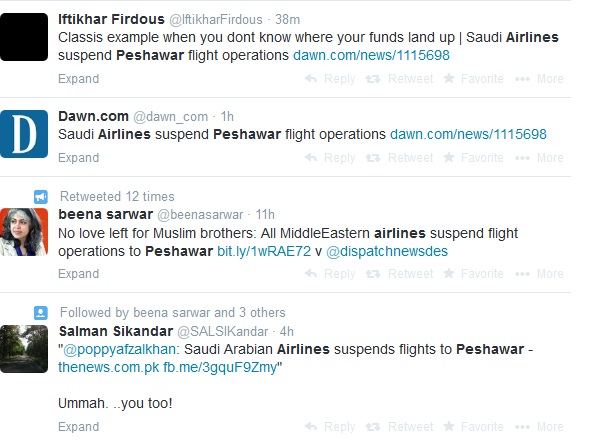 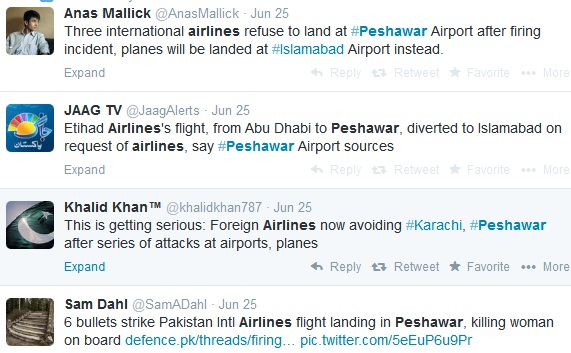