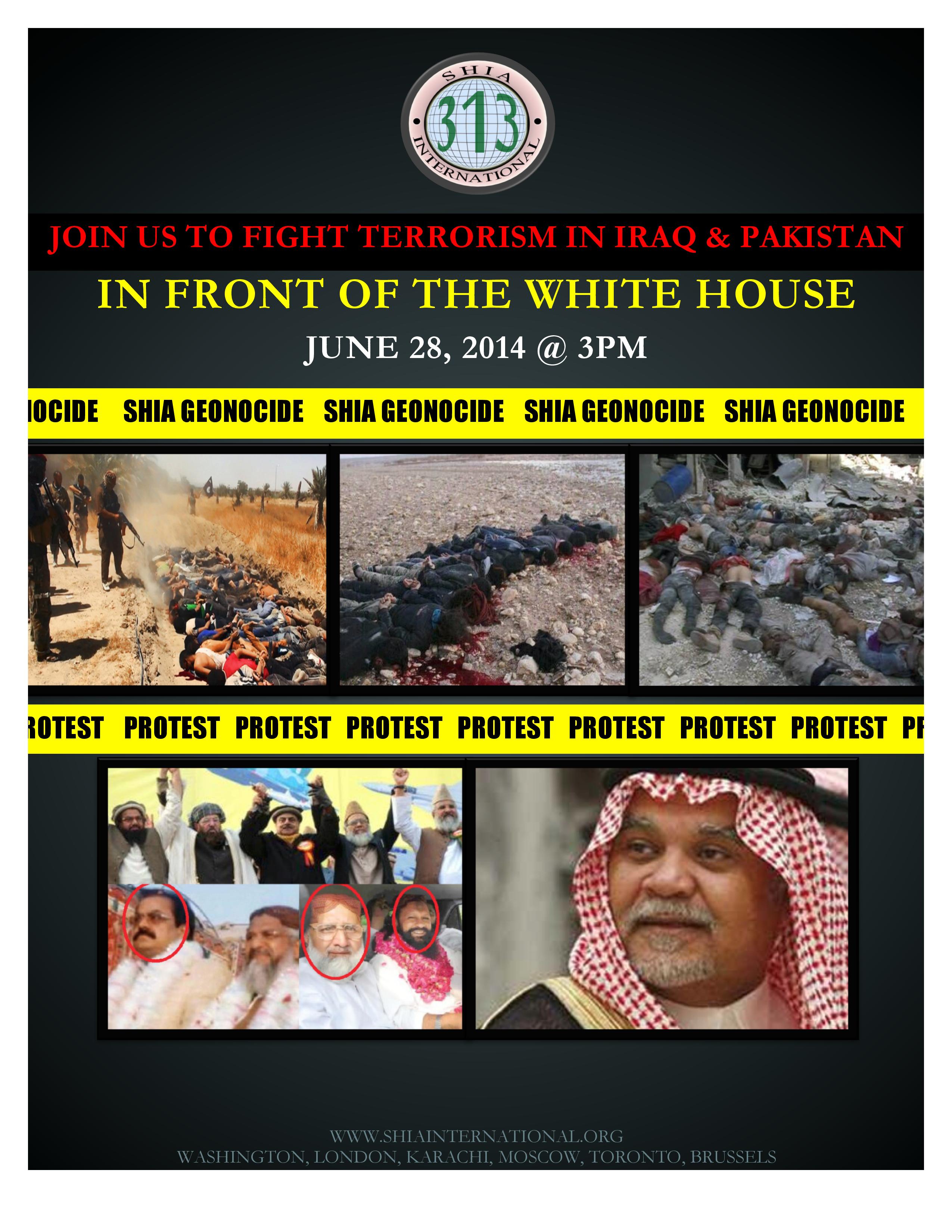 I would say Saddam, but Saddam was quite successful in fooling the world and making them believe that he was a secular and not a religious Salafi/Wahabi fanatic leader. And Bandar Bin Sultan is not a religious figure either, known for his love for whiskey and European women; he’s not fooling anyone.

But unlike Saddam who suppressed his own population and never tried fueling popular or unpopular uprisings in other countries, this seems to be the defining policy of Bandar Bin Sultan. In fear of popular uprising surging out of Saudi Arabia, the elite in Bandar have decided to put all of the Kingdom’s hard earned money (joke) behind the uprisings fueling in neighboring countries. And since he was humiliated in his efforts in Syria, he has now decided to take his frustration from the humiliating defeat to Iraq.

On Saturday June 28, Shia International invites everyone to come join us at the White House to show solidarity with those men and women on the front lines in Iraq defending their sacred land and liberty, against what seems to be Bandar’s efforts at destroying the Shia Crescent building around his Kingdom. Let’s all deliver a stern warning to Bandar Bin Sultan that another humiliating defeat is up and coming for him. Not only in Iraq but as well as in Pakistan, and after maybe we too can throw the ball in their court for once (Bahrain).