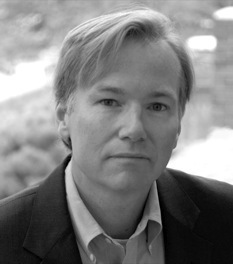 In this article in the New Yorker, Steve Coll has compared the anti Salafi Deobandi terrorists’ operation in Waziristan by Pakistan Army (Operation Zarb e Azb) to the Israeli occupation of West bank and the Indian occupation of Kashmir.

This is nonsense of course. Federally Administered Tribal Area (FATA) is physically, legally and historically an integral part of Pakistan since the creation of Pakistan in 1947. Pakistan army’s operation against Salafi and Deobandi terrorists (of Pashtun, Punjabi, Arab, Chehcen, Ubzek etc backgrounds) cannot be compared to Israel’s illegal occuption of Palestine or internationally disputed territory of Kashmir.

This shows that not only Pakistan’s fake liberals but also USA’s (Saudi-CIA lobby influenced) fake liberals continue to obfuscate when it comes to Salafi-Deobandi terrorists.

Pakistan gained independence in 1947. It left Waziristan alone until 2002, when the Pakistani Army entered in force for the first time, also at American urging. That incursion began falteringly, but more recently the Army has gained confidence and some measure of stability in South Waziristan, if hardly a victory. The Army would like to pull back and put civilian administrators and perhaps political parties in the lead. But Pakistan’s civil government is too weak, and Waziristan’s insurgent, criminal, and terrorist networks are too deep to expect normalcy anytime soon. Even in the best of circumstances, Pakistan’s military occupation of all of Waziristan now looks to be a multi-decade project, akin to the Indian occupation of Kashmir or the Israeli occupation of the West Bank—a heavy load on a state that already has too many.