Most Deobandi and Salafi-Wahhabi mosques in the Western world receive funding or influence form the Saudi Arabia, Qatar and other Salafi Arab countries. Since the West is an important benefactor and trading partner, the Saudis have successfully developed their lobbies in Universities and Think Tanks. These graduates who seem very Westernized in fact provide a deeply apologetic narrative for Saudi Arabian Salafi-Wahabi ideological and monetary ties to terrorism. It is no wonder that Saudi Arabia is hardly ever mentioned even though most of the hijackers of 9/11 were Saudi and Almost all terrorism has its roots in literalist Saudi ideology of Wahabism and is enabled by KSA state funding.

The first think that Western governments, media, scholars and intelligence agencies need to do is to stop using generic and vague descriptors such as Islamists, Sunnis or Jihadists. Instead the foucs should be on clear and common identity of all terrorists, i.e., Salafi-Wahhabi and Deobandi terrorists working in various groups such as Al-Qaeda, ISIS/ISIL, Taliban, JuD/LeT, ASWJ/LeJ, Boko Haram etc. The Salafi-Wahhabi and Deobandi terrorists must be isolated and clearly differentiated from majority of peaceful Muslims such as Sunni Sufis, Sunni Barelvis, Shias, Ismailis, Ahmadis etc. 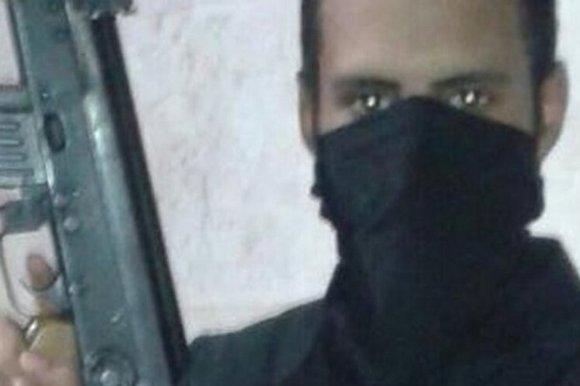 The Salafi and Deobandi terrorism conveyor belt is causing the destruction of the secular, tolerant states like Syria and Iraq, and the Salafi and Deobandi Muslim desire to conquer the West. It may be noted that Saudi-funded Deobandi sect is semi-Wahhabi/Salafi in its Jihadist and violent orientation and is responsible for majority of terrorist activities in Europe, South Asia and other regions.

The most clear and present danger to the West is the returning war hardened Fascist Deobandi Salafis form Syria and Iraq. By some estimates as much as one in five fighters are European or American. This should be the number one concern for Western Intelligence agencies. What could be even more dangerous is simply a call by someone like Abu Bakar -Al Baghdadi for all fighters to wage active war on the West.

There are many rants by the Fascist Salafi Deobandis calling for “Jihad” on the west once they have finished killing all the “bad” Sufi Sunni and Shia Muslims. However, this could change very quickly to a peace with “bad” Muslims and war with Christians and Jews.

Western intelligence agencies must monitor the Salafi Deobandi mosques. New converts from prisons or disaffected backgrounds will also be easy pray for the Deonbandi Salafi Fascists. The gang warfare in urban west could return as a Deobandi Salafi gang war.  The Friday prayer sermons should be carefully analyzed. It should be noted that Turkey has maintained a secular flavor within its Muslim population by controlling the the content of Friday Sermons for almost a hundred years.

BRITONS fighting for the al-Qaeda splinter group terrorising the Middle East have made a series of menacing threats against the UK and the West.

One fighter — unmasked today as a computer hacker from Birmingham who stole Tony Blair’s details — has suggested attacks at the general election to ensure that the black flag of jihad flies over Downing Street.

Another extremist, a former private school pupil, has warned of a new wave of 9/11-style atrocities if America launches airstrikes against militants seizing control of swathes of Iraq.

A third jihadist, from Portsmouth, wrote about embarking on “a killing spree” against non-Muslims in Britain if he ever returns home.

The Britons are among hundreds of foreign supporters of the Islamic State in Iraq and al-Sham, or Isis, a group so ruthless that it has been disowned by al-Qaeda leaders.