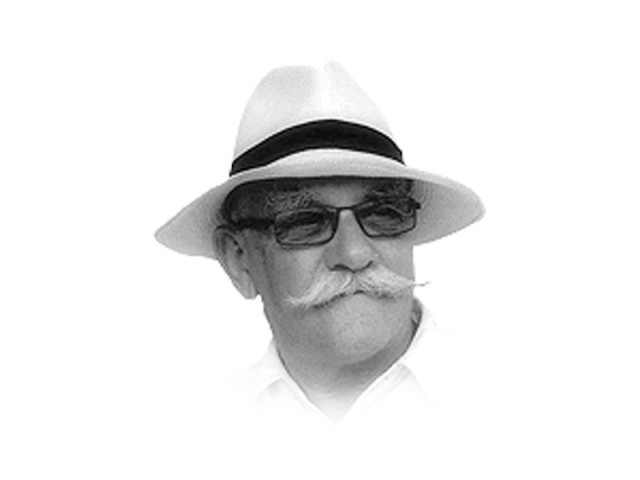 The Arab Spring was never aptly named — for one thing it is a coinage of the West rather than Arabs themselves — and what it presaged was not just the fall of dictators but the final unravelling of the Sykes-Picot Agreement. This never gets a mention in the Pakistan curriculum and it should, because it is affecting events of today in ways that are mostly imperfectly understood.

The Sykes-Picot Agreement was a secret protocol worked out between Britain and France, with the assent of Russia, during World War I. It set out the spheres of influence that various countries would have in the event of the Triple Entente defeating the Ottoman Empire which they duly did. The agreement effectively divided up the Arab states of the Ottoman Empire along borders defined by the signatories and paved the way for the later Balfour Declaration and the establishment of the state of Israel.

The Kingdom of Saudi Arabia came into being, borders were drawn and redrawn and the foundations for future conflict were laid.

Authoritarian regimes grew up that ruthlessly controlled the innumerable sectarian and ethnic tensions, repressing opposition and filling wells of resentment and anger across the Maghreb and the Levant and it only awaited a set of key conflicts — the first and second Gulf Wars were the overture, the overthrow of Saddam Hussain, the main item — and the entire postcolonial architecture begins to fall apart.

The above is an extreme compression of exceedingly complex history, but is designed to help us understand why it is that Pakistan should be concerned about what is happening in Iraq, where the ISIS has been rolling up what was supposed to be a well-trained and equipped national army. There is increasing evidence of butchery on a large scale and images of men lying face down in shallow pits before they are shot to death bring echoes of the terrors of Nazism and the Final Solution — the extermination of the Jews.

The ISIS has a wider agenda. They want to establish a caliphate that stretches across the Fertile Crescent, erases some of the borders drawn under the Sykes-Picot agreement and recalibrates the balance of sectarian power across the Middle East — as well as providing both a template and a motivator for extremist groups that are surging in the countries of sub-Saharan Africa.

All this may sound comfortingly distant. It isn’t. The connectivity between extremist groups globally, particularly those of a jihadi mindset, is solid, effective, profitable, ideologically sound to those that subscribe to that ideology and most importantly, working to a common purpose.

To be sure there are differences between al Qaeda Central and al Sham that is carving its way across Iraq, but the brotherhood of jihad is universal and is on a roll — a roll to which there appears to be little counter-force.

Our very own sideshow in this tapestry of conflict is now underway. Or it may be. Uzbeks have featured disproportionately large in the national media. A few hundred ‘foreign fighters’ allied to home-grown extremists who delivered a body blow at Karachi airport that it was impossible not to respond to. Subsequent air strikes are said to have killed many ‘foreign fighters — and that may well be true but it is not the foreign fighters that are the real problem.

That lies far from North Waziristan and is in the seminaries and madrassahs that give support and succour to the men who fight in the mountains. The anonymous compounds that are the rear-echelon for extremist groups. They provide rest and recreation, logistical support, are planning hubs and quite probably arms caches as well. All hiding in plain sight, all well enough known to ‘the authorities’ — and all apparently sleeping easy in their beds today. Which — if this huge operation in the mountains of the North were really about countering terrorism in Pakistan — they should not be.

Terrorism needs to be fought holistically, it is never going to be ‘defeated’ militarily (ask the Afghan Taliban about that one) and as long as the arteries of money and doctrine and patronage flow freely — as they are today — it will always persist. The whirlwind of Sykes-Picot is finally upon us.