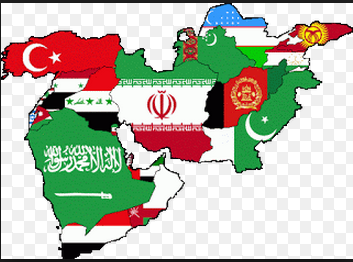 Iran is backing Assad in Syria, Gulf states are against Assad!

But Gulf states are pro-Sisi. Which means they are against Muslim Brotherhood!

Iran is pro-Hamas, but Hamas is backing Muslim Brotherhood!

Obama is backing Muslim Brotherhood, yet Hamas is against the US!

US has armed Al-Qaida (aka Al-Nusra via FSA) to fight against Assad, Al-Nusra is part of Al-Qaida and they are now in ISIL (Islamic State in Iraq and Syria i.e. ad-Dawlat al- Islāmiyya fī’l-‘Irāq wa’sh-Shām). US is now against ISIL.

In Syria, US and Iran are opponents fighting against each other.

In Iraq, US and Iran are helping Iraqi Maliki govt to fight against ISIL.

ISIL is supported by Saudi Arabia and Saudi is the ally of US.

Azerbaijan is a Shia country which is helping Israel against Iran. Armenia is a Christian country helping Iran against Israel.

There are different kinds of Sunnis and Shias in the Middle east, there are also some sects which do not belong to either Sunni or Shia sects. Salafis-Wahhabis and Deobandis are rejected by a wide majority of Sunnis.

It is not possible to simplify and generalize Muslims in Sunni-Shia binaries which are often false and simplistic.

From Afghanistan to Iraq, Libya to Syria, Nigeria to the West, most of the violence against Shias, Sunni Sufis, Christians etc is directly or indirectly influenced by the Saudi-backed Salafi-Wahabi ideology and its Deobandi (sem-Salafi) surrogates in Pakistan, Afghanistan and India.

Peace or democracy are not USA’s priorities, it wants capital and allies in power. Until a pro-US government comes to power, the greedy oil companies will continue supporting violence. Same set of brutal terrorists in one
country are called rebels in another nation… See for example ISIS in Syria vs ISIS in Iraq.

All such carefully orchestrated and manufactured conflicts are resulting in the Holocaust of innocent people (mostly Muslims) in the entire region while capitalist regimes and corporations are drawing maximum benefit from this situation. 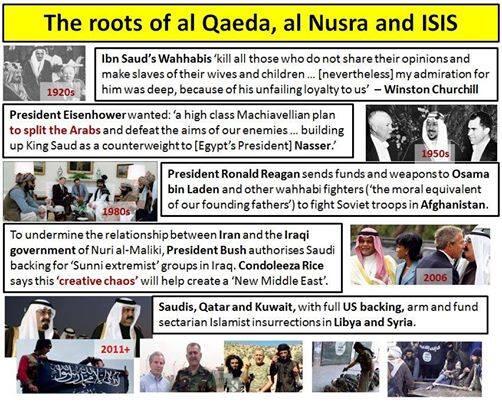