It may shock many Indians to know that the massacre of the Shia in Pakistan since 2002 has been caused by edicts of apostatisation issued by a Deobandi madrasa of Lucknow. Deobandi is a sub-sect of Sunni Islam which is semi-Salafi due to its puritanical approach against Sufi shrines, Barelvis/Sufis, Shias and non-Muslim minorities. One may also connect the trauma of sectarian killings in Iraq today to a fund moved from Lucknow in the 18th century to construct the Hindia Canal that turned the desiccated Shia shrines of Najaf and Karbala into agricultural land, seducing Sunni nomadic tribes into settling down as Shia farmers, and thus converting Iraq into a Shia-majority country.

A recent report on Sunni-Shia riots in Lucknow, appearing in Muslims in Indian Cities: Trajectories of Marginalisation (2012) by Laurent Gayer and Christophe Jaffrelot (editors), speaks of the current Muslim-versus-Muslim sectarian riots in a city where literary Urdu was born at the hands of three great classical poets, Anees, Dabeer and Mir, all of them Shia. Speaking this language in a chaste accent, the majority Sunni Muslims of Lucknow fight sanguinary battles with Shias during the month of Muharram. Often the Sunni-Shia binary is out of place because in Pakistan and other parts of the Muslim world, the growing wave of Salafi-Wahhabi and Deobandi violence is not only directed against Shias but also against Sunni Sufis/Barelvis, Christians and other communities.

In his paper in the above book, “A Minority within a Minority: The Shias of Kashmiri Mohalla, Lucknow”, Gilles Verniers tells us: “Lucknow is a city of hills and dales, where altitude once defined status. The rulers of Awadh, a Shia dynasty that established itself in the city in the late eighteenth century, distributed lands and properties to their administrators and courtiers in the higher reaches of the hills. The commoners, labourers and orderlies of the state and the court were concentrated in the lower parts, darker, more congested and prone to water logging.”

Then, between 1775 and 1778, Kashmiri Pandits migrated to the city as able administrators for Asaf-ud-Dowlah, the fourth Shia Nawab of Awadh, who had shifted his capital from Faizabad to Lucknow. They were soon joined by Muslim families, mostly Shias, who also hailed from Kashmir, and were directly or indirectly connected to the royal family and its court or served the Awadh state as high-ranking officials. Then came the British, cutting the mutinous Shia down to size after 1857. Fortunes declined in the 1950s after zamindari was abolished under land reforms and better-educated Hindus moved out to better jobs. This small area started mutating into a slum, covering an area of 12 sq km and housing a population of 39,319, mostly Shia Muslims.

Unfortunately, Lucknow has earned a bad name today, not because of Hindu-Muslim riots but Shia-Sunni violence among the poor Muslim community, reflecting, too, what is happening in Pakistan, Iraq and Syria today.

Following the 1979 Khomeini revolution in Iran, the Sunni, mostly Salafi, Arabs of the Gulf and Saudi Arabia felt threatened by Iranian irredentism. They first approached Pakistani dictator Zia-ul-Haq (Deobandi), and then, of all places, Lucknow. Zia imposed a new tax (zakat) on Sunnis but included Shias too, which was not according to Islamic law, provoking the Shia to stage their first angry march on Islamabad. Zia wanted to enforce a Deobandi Salafi Sharia in Pakistan in which there was little room for Sunni Barelvi/Sufi and Shia sects.

Saudi Arabia then approached the Deobandi head of the famous seminary, Nadwatul Ulema of Lucknow, to write two books to incite hatred of the Shia in the entire Islamic world. The first was a condemnation of Iran’s Imam Khomeini, and the second was a compilation of fatwas (edicts) from the madrasas of India and Pakistan declaring the Shia as kaafir and therefore liable to extermination for succumbing to apostasy.

In 1986, the Deobandi seminaries of Pakistan and India had issued fatwas of apostatisation against the Shia population and thus upheld the manifesto of Sipah-e-Sahaba, a Deobandi party formed in 1985 in Pakistan on the basis of its demand that the Shia be declared non-Muslim by the state of Pakistan through an amendment to the constitution. The state had already set the precedence of apostatising a Muslim community, the Ahmadis, and declaring them non- Muslim under the second amendment of 1974. Although Sipah-e-Sahaba Pakistan (SSP) was banned in 2001 by General Pervez Musharraf, it was allowed to freely operat in the new name Ahle Sunnat Wal Jamaat (ASWJ) and continues to incite violence against Shias, Sunni Barelvis, Ahmadis and Christians.

The anti-Shia edicts (fatwas) were “managed” through a Deobandi scholar of India, Manzur Numani, then head of Nadwatul Ulema of Lucknow, who had earlier written a book against Imam Khomeini and Iran. Funded by the Saudi charity Rabita Alam Islami (World Islamic League), he wrote to the Deobandi seminaries of India and Pakistan, asking them to give their juristic opinion on the Shia faith. The “masterpiece” he achieved came in the shape of a collection of fatwas printed serially in the Lucknow-based journal Al Furqan from December 1987 to July 1988.

Yoginder Sikand, a noted Indian scholar of Islam, laments: “Even madrasas considered somehow more ‘open’ and ‘modern’ are not free from the virus of sectarianism.One of the Nadwa’s leading teachers, Manzur Numani, penned numerous diatribes against the Shias in the wake of the Iranian Revolution, branding them as infidels and insisting that Shi’ism had nothing to do with ‘authentic’ Islam whatsoever.”

In 2003, when the first batch of the Shia Hazara community was massacred in Quetta, Balochistan, these fatwas of Lucknow were first distributed across the city. However, non-Hazara Shias in Balochistan too were massacred by the LeJ, a militant alias of SSP-ASWJ. I noticed that pages from the book of Numani’s fatwas — which I possessed — had been photocopied, enlarged and distributed in the city before the massacre.

Now, a word about the nexus between Lucknow and the ongoing Iraqi implosion. The conversion of Iraqi Arabs was owed, among other factors, to the “bequests” that came from the Nawab of Awadh, who was to rule Lucknow, first rescuing a waterless and desiccated Najaf from death, through the construction of the “Hindia Canal” from the Euphrates, then through permanent stipends to the Shia jurists of the city. (Thanks to this lifesaving Indian canal, Najaf today has a surplus economy run by a cleric, now Grand Ayatollah, who migrated to Iraq from Jalandhar, India, in 1947.)

The fertility of the land around Najaf and Karbala, ruled then by Turkey, attracted the desert Arabs to agriculture, while the Ottoman bureaucracy encouraged them to own land so that tax could be collected from them. The well-endowed Iranian Shia jurists, threatened by repeated raids from the Salafis-Wahhabis of Arabia against the Shrines of Najaf and Karbala, began to proselytise intensively among the Arab tribes till most of them converted.

In the 19th century, Iraq had already become a Shia-majority state. The one big factor was the corpse traffic (naql al-janaez) that accounted for nearly 20,000 dead bodies of Shias from Iran and India every year for the purpose of burial at the shrines of Najaf and Karbala. The practice was old and had stemmed from the hadith of the sixth Shia Imam Jafar al-Sadiq that “being next to Ali a day is more favourable than seven hundred years of worship”. The coming of the corpses had its own economics that attracted a lot of commerce to the city of Najaf.

Yitzhak Nakash, in his book The Shi’is of Iraq (1994), tells us that Lucknow gave more than a million rupees annually from the nawab’s treasury for the upkeep of the Shia shrines in Iraq. The money went to the Iranian Shia jurists settled around these shrines.

It is unfortunate that Shi’ism, which once informed the Muslim-Indian culture and also changed Hindu attitudes through its syncretic character, is now changing into a dogma that it never was. The Shia in Pakistan and India are rediscovering their faith as a schism that took place in early Islam and are readying themselves for a new armageddon. 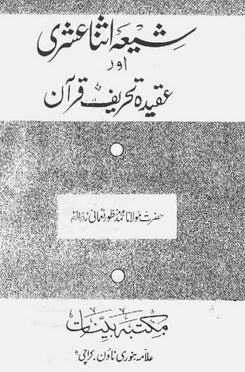 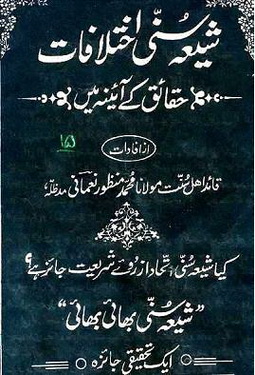 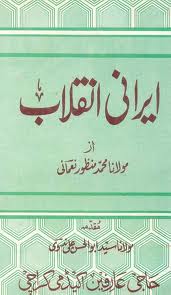 Rejoinder: “The Lucknow Connection” – by Dr. Zafarul-Islam Khan is editor of The Milli Gazette

Under the above headline Khaled Ahmed, a Pakistani journalist, has offered a disjointed cocktail based on inaccuracies and plain untruth. The writer traces the anti-Shia violence in Pakistan, not the only violence in that country, to a madrasa in Lucknow, viz., Darul Uloom Nadwatul Ulama or Nadwa for short. He claims that Manzur Numani (Manzoor Nomani – the queer spelling shows that the author’s source is not subcontinental) was head of Nadwa. He also quotes a pseudo-scholar that Manzoor Nomani was a teacher of Nadwa. Both these claims are false. Maulana Manzoor Nomani, a well-known scholar of the Deobandi school of thought, was never the head of Nadwa and never taught there. But it is correct that he wrote a book against Shia beliefs and it is quite possible that he was swayed by some Saudis to do so. I can say this because at that same time I too was approached by a Saudi source to write such books and to establish a research centre for that purpose in Delhi for which money was no problem — I rejected the proposal outright.

Nadwa is known for its enlightened, cautious and middle-of-the-road approach from its very inception in 1894. It was established as a middle path between the rigid madrasa system and the Anglophile Anglo-Mohamedan College of Aligarh.

As an alumnus of Nadwa and as the author of the article on this institution in the second edition of the “Encyclopedia of Islam” (Leiden), I can say that what Mr Khaled Ahmed has tried to ascribe to Nadwa is totally baseless, malicious with malafide intent, and concocted. Nadwa cannot be blamed for what Maulana Nomani wrote which, in any case, was a rehashing of the age-old Sunni polemic against Shiism like Shah Abdul Aziz’s “Tuhfa Ithna ‘Ashariya” written in the early nineteenth century.

It is questionable that the writings of Nomani led to violence against Shias in Pakistan if they failed to ignite such violence in his own city of Lucknow itself. While Pakistan is struggling with all kinds of violence, the Shia-Sunni front of Lucknow has been more or less peaceful after the last big riot of 1977. No big Shia-Sunni riot occurred when the said book was published in late 1980s. Shia-Sunni riots are now a thing of the past in Lucknow mainly due to the wise leadership of some Shia clerics like the great mujtahid Maulana Kalbe Abid (d. 1986).

The author, quite strangely and insulting to one’s intelligence, alludes that the acts of charity in Iraq by Lucknow Nawabs in the eighteenth century have some connection to what is taking place now in that country as a direct result of the American military intervention.

Khaled Ahmed concludes his piece with a strange assertion that the Shias of India and Pakistan are “rediscovering their faith as a schism that took place in early Islam and are readying themselves for a new Armageddon”. The last part of this concluding sentence leaves one flabbergasted. Rediscovery and faith rejuvenation are taking place in all Muslim communities today and one main reason is the continuous western assault on Islam and Muslims. But there is no sign of any “Armageddon” within the Muslim ranks in India and elsewhere. Shias and Sunnis are working together all over the world notwithstanding their differences over approach to the current civil war in Syria. Indian Muslims reject sectarianism. We believe that any attempt to foment discord in our ranks is disservice to us and to our country. Pakistanis should not try to export their civil war to us.

Dr. Zafarul-Islam Khan is editor of The Milli Gazette and President of the All India Muslim Majlis-e Mushawarat. 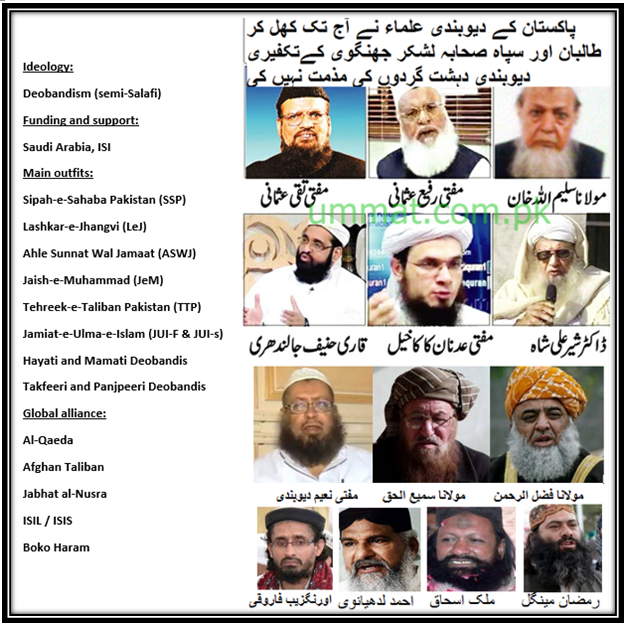