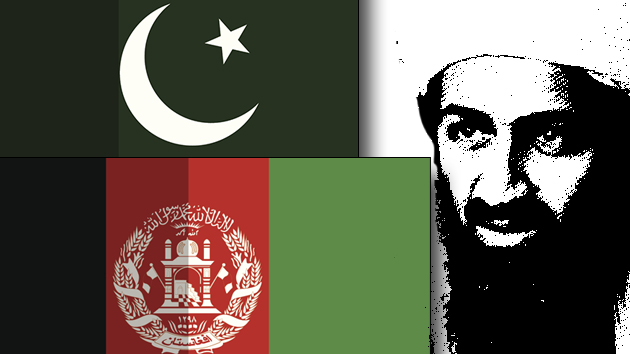 Yesterday, President Barack Obama formally announced the US’ plan for basing troops in Afghanistan after the International Security Assistance Force mission concludes at the end of 2014. Previously, the administration had floated the idea of a “zero option,” or no troops in country, or a residual force of less than 5,000 troops.

The Obama administration has settled on a slightly larger troop presence of about 9,800 troops until the end of 2015. “By the end of 2015, we will have reduced that presence by roughly half, and we will have consolidated our troops in Kabul and on Bagram Airfield,” Obama said.

By the end of 2016, the US military will have withdrawn all of its forces except those needed to maintain an embassy in Kabul.

The troops deployed from the beginning of 2015 to the end of 2016 “will be in an advisory role,” Obama said. “We will no longer patrol Afghan cities or towns, mountains or valleys. That is a task for the Afghan people.”

Instead, the US forces will be “open to cooperating with Afghans on two narrow missions after 2014: training Afghan forces and supporting counterterrorism operations against the remnants of al Qaeda,” Obama said. Combat operations against the Taliban, which shelter al Qaeda and allied groups, are no longer on the table.

President Obama stated that “the international community will continue to support Afghans as they build their country for years to come. But our relationship will not be defined by war — it will be shaped by our financial and development assistance, as well as our diplomatic support.” But, as the SIGAR reports have continuously highlighted, the US has grossly mismanaged aid to Afghanistan despite having the ability to oversee its use.

The US withdrawal from Afghanistan is now set in motion, and it will be time-based, not conditions-based. Obama made clear that this plan will not be adjusted, even if the Taliban make significant gains:

We remain committed to a sovereign, secure, stable, and unified Afghanistan. And toward that end, we will continue to support Afghan-led efforts to promote peace in their country through reconciliation. We have to recognize that Afghanistan will not be a perfect place, and it is not America’s responsibility to make it one. The future of Afghanistan must be decided by Afghans. But what the United States can do — what we will do — is secure our interests and help give the Afghans a chance, an opportunity to seek a long, overdue and hard-earned peace.

Additionally, the Obama administration continues to push the line that al Qaeda in Afghanistan and Pakistan has suffered a strategic defeat, in order to justify the withdrawal from Afghanistan. Expect to hear the term “remnants of al Qaeda” used more often to describe the terror group’s leadership in the region, despite the fact that this is far from the truth. How else do top al Qaeda leaders in Yemen and Syria, as well as leaders from the Islamic State of Iraq and the Sham, and even a top ideologue in a Jordanian prison, remain in contact with al Qaeda’s General Command if the group is comprised merely of “remnants”?

Finally, the Obama administration continues to cling to the idea that the Taliban are willing to reconcile with the Afghan government. The Taliban couldn’t be more clear in both statements and deeds. After announcing their 2014 spring offensive, the Taliban have gone on a rampage, conducted numerous attacks, and even overrun a district center in a northern province.

The US’ role in the Afghan war will come to an end in December 2016, but the war will be far from over, as the Taliban and al Qaeda and their allies remain committed to their jihad.

We’ve seen this same scenario play out in Iraq, where the Iraqi military, which was far better prepared than the Afghan military to take on the mission of securing the country, has faltered in its fight against al Qaeda’s splinter group, the Islamic State of Iraq and the Sham. Expect no less in Afghanistan as the US ends it involvement there.