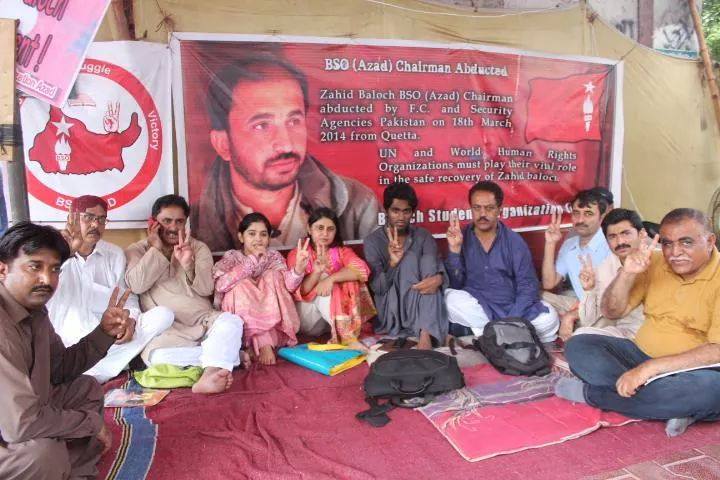 I don’t care if #LatifJohar is on huger strike till death. Yeah I know he’s not eating anything from 35 days. it’s his choice after all. To hell with those people who are demanding their rights by indulging in novel techniques of protests in Baluchistan. You know most of them are involved in anti state activities, and what is happening with them is what they deserve.

Our agencies know better about the issue and we should not create any hurdle in their work due to our own naivety. Balochis are basically trying to gain the sympathy by these subterfuge acts. I laugh at the people who try to compare the situation of Balochistan with East Pakistan. 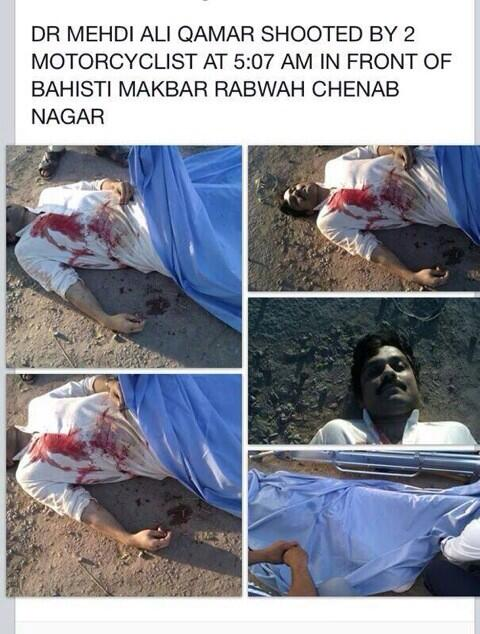 They don’t know anything actually. Long Live the united Pakistan! What? #Ahmedi heart specialist has been killed by some unidentified people in rabwa. Why so much fuss over it?  After all he should pay the price of not following the Islamic teachings. People deviating from the right path should immediately be killed. There is no place for such people, at least in Pakistan. They are constitutionally declared Kufaars, and true Muslim is supposed to not to cry over it. But everytime I come across with stupid/naïve liberals who brag about the nobel prize thingy. Seriously this is not something to be praised off. I am sure about the fact that Ahmedis are heavily funded by other ‘international kufaars’ and one can draw logical inferences after that noble prize incident.

The cold blooded murder of Dr. Mehdi may be extra gratification for the Deobandi Terrorists of ASWJ LEJ Sipah Sahaba or TTP, an Ahmedi was killed with a Shia sounding name and he was trying to heal the sick. Let the sickness grow and the Polio flow.

LOLL @ fb/Twitter which is filled with shiakilling news and stats. Stop ranting about #ShiaGenocide on the killing of Doctor in Quetta. There is no point of using this term. This is hyperbole basically. Everyday lot of Muslims killed but we donot use sect specific hash tags. These are just muslim killings! and yes why not you care about the atrocities being done on Muslims by Kufaars in other parts of the world. Let me pray peacefully on the holy night of shab e mairaaj. Life of a common Muslim in Pakistan but luckily majority of the population has not a single clue about these happenings.

Qurat-ul-ain Zaidi is a law studend. On twitter as @annyzaidi