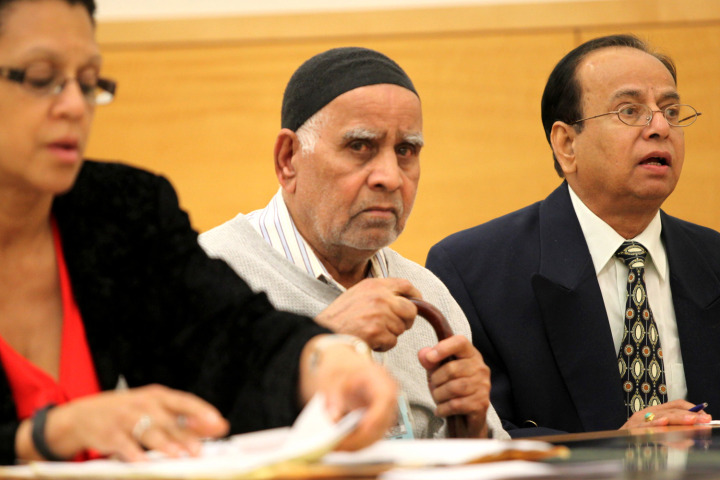 A Pakistani immigrant beat his wife to death in their Brooklyn home after she made the mistake of cooking him lentils for dinner instead of the hearty meal of goat meat that he craved, according to court papers.

Noor Hussain, 75, was so outraged over the vegetarian fare that he pummeled his wife, Nazar Hussain, 66, with a stick until she was a “bloody mess,” according to prosecutors and court papers.

“Defendant asked [his wife] to cook goat and [his wife] said she made something else,” the court papers indicated as Hussain’s murder trial opened on Wednesday.

“The conversation got louder and [his wife] disrespected defendant by cursing at defendant and saying motherf- -ker, and . . . defendant took a wooden stick and hit her with it on her arm and mouth.”

Defense attorney Julie Clark admitted Hussain beat his wife — but argued that he is guilty of only manslaughter because he didn’t intend to kill her. In Pakistan, Clark said, beating one’s wife is customary.

‘“He comes from a culture where he thinks this is appropriate conduct, where he can hit his wife . He culturally believed he had the right to hit his wife and discipline his wife.”’

“He comes from a culture where he thinks this is appropriate conduct, where he can hit his wife,” Clark said in her opening statements at the Brooklyn Supreme Court bench trial. “He culturally believed he had the right to hit his wife and discipline his wife.”

Prosecutors, however, said Hussain meant for his wife to die.

“His intentions were to kill his wife,” Assistant District Attorney Sabeeha Madni said in court. “This was not a man who was trying to discipline his wife.”

Madni said that Hussain “brutally attacked his wife as she lay in her bed” — leaving deep lacerations on her head, arms and shoulders, and causing her brain to hemorrhage.

He beat her with a stick that the family had found in the street and used to stir their laundry in a washtub, the court papers state.

He then tried to clean up the blood that had splattered onto their bedroom wall before calling his son for help, Madni said.

“I killed her. Hurry up and come over,” Hussain told his son, according to prosecutors.

Madni also said Pakistani women who lived in the same building as the Hussains would testify about the beatings Nazar received at the hands of her husband.

“They have told us about years of abuse they witnessed,” Madni said.

Hussain met his wife in Pakistan and the couple married before moving to Brooklyn, prosecutors said. 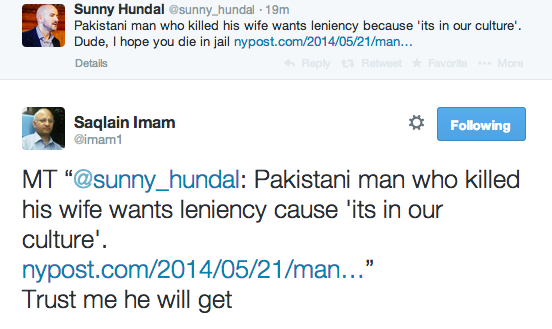