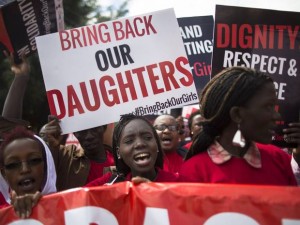 Earlier this month, Saudi liberal activist Raif Badawi was sentenced to 1,000 lashes, 10 years in prison and a heavy fine for insulting Islam. In fact, his crime was to establish an online discussion forum where people were free to speak about religion and criticise religious scholars.

He had been charged with “apostasy” in 2012, because of his writings and for hosting discussion on his Saudi Arabian Liberals website, and was sentenced to seven years in prison and 600 lashes but on appeal a heavier sentence was imposed.

Mr Badawi will appeal against the verdict, but it is complicated by the fact that his lawyer and brother-in-law, Waleed Abulkhair, is himself in jail. He was detained without explanation last month when on trial for damaging the image of the kingdom and breaking his allegiance to the king. Under Saudi Arabia’s harsh Sharia code, almost any critical word or deed makes a person liable to severe punishment.

Lashings and beheadings generally get little publicity except where a foreigner is involved. The local media is muzzled and foreign press for the most part excluded. This contrasts with the blanket coverage of the kidnapping of more than 200 Nigerian schoolgirls by Boko Haram, the al-Qa’ida type movement in northern Nigeria.

Heavy publicity is also being given to the introduction by the Sultan of Brunei of a new, supposedly more Islamic, penal code. Hassanal Bolkiah said at the beginning of May: “Tomorrow will see the enforcement of Sharia law phase one.” Later phases will include flogging, amputation of limbs and death by stoning.

No such legal innovations are necessary in Sudan, where, earlier this month, Mariam Yahia Ibrahim Ishag was sentenced in Khartoum to be hanged for apostasy after first receiving 100 lashes. Born a Muslim but raised a Christian, she was given three days by a judge “to return to Islam” or be executed. The 100 lashes are apparently because she is married to a Christian and is eight months pregnant with their child.

Of these four events the one that has received least international attention is the sentence imposed on Mr Badawi. This is a pity, because it is the spreading influence of Wahhabism, the fundamentalist, exclusive and intolerant Islamic creed of Saudi Arabia, that is a common feature in the deepening sectarianism, regressive legislation and mistreatment of women in the Islamic world.

The “Wahhabisation” of mainstream Sunni Islam is one of the most dangerous developments of our era. Ali Allawi, the historian and authority on sectarianism, says that in country after country, Sunni communities “have adopted tenets of Wahhabism that [were] not initially part of their canon”. Other Islamic believers such as the Shia and Sufi are denounced as apostates or heretics who are no longer Muslims.

A crucial feature in the rise of Wahhabism is the financial and political might of Saudi Arabia. Dr Allawi says that if, for example, a pious Muslim wants to found a seminary in Bangladesh, there are not many places he can obtain £20,000 other than from Saudi Arabia. But if the same person wants to oppose Wahhabism, then he will have “to fight with limited resources”. The result is deepening sectarianism as Shia are targeted as non-Muslims, and non-Muslims of all descriptions are forced to flee, so that countries such as Iraq and Syria are being emptied of Christians who have lived in them for almost 2,000 years.

Dr Allawi says that it is naive to imagine that small Shia minorities in countries such as Malaysia or Egypt were not frowned upon in the past by the majority Sunni, but it is only recently that they have been ostracised and persecuted. He says that many Shia now live with a sense of impending doom “like Jews in Germany in 1935”. As with European anti-Semitic propaganda down the ages, Shia are demonised for supposedly carrying out abominable practices such as ritual incest; in a village near Cairo last year, four Shia men were murdered by a mob while carrying out their usual religious ceremonies in a private house.

“The Wahhabi try to ignore the entire corpus of Islamic teaching over the last 1,400 years,” says Dr Allawi. The ideology of al-Qa’ida type movements in Iraq and Syria is not the same as Wahhabism, but their beliefs are similar though carried to a greater extreme. There are bizarre debates about whether it is forbidden to clap or whether women should wear bras. As with Boko Haram in Nigeria, militants in Iraq and Syria see no religious prohibition in enslaving women as spoils of war.

There are signs that the Saudi rulers may now be coming to regret giving quite so much support to the jihadis trying to overthrow President Bashar al-Assad in Syria. In the past few days, they have invited the Iranian foreign minister to visit the kingdom. But it may be too late: having had their government denounce Mr Assad as the root of all evil in Syria, Saudi jihadis will see it as a betrayal and the height of hypocrisy if the state now threatens them with prison terms when they return home.

The Saudi rulers are not the only hypocrites involved. Western governments express horror at what happens in Nigeria or Iraq but are diplomatically mute when it comes to Saudi Arabia. Sharia law is disregarded as an exotic and traditional, if unpleasant, part of local culture which should not interfere in the business of securing lucrative arms contracts – some $87bn-worth (£53bn) impending for the US alone.

Of course, there are other reasons for the spread of Wahhabism and its tenets. It gives absolute governments a capacity to secure and legitimise their power by treating their critics as irreligious. Religious justification for lashing is limited, but its opponents can be portrayed as attacking Islam. Fomenting sectarianism between Sunni and Shia diverts attention from the failings of authoritarian rule.

A creed such as Wahhabism is useful to many movements because its exclusivity justifies any brutal action against an opponent. In Chechnya, semi-criminalised bands of fighters against the Russians, known as Wahhabis, used their fundamentalist religious beliefs to excuse banditry and kidnapping.

The ever-increasing impact of Wahhabism over Sunni Islam is a disaster, the effects of which are felt from the villages of northern Nigeria to the courts of Khartoum and the Sultanate of Brunei. It has everywhere produced persecution of minorities, subjugation of women and the crushing of dissent.

In a prophetic description of this trend, an Afghan editor denounced jihadi leaders in Kabul in 2003 as “holy fascists”, misusing Islam as “an instrument to take over power”. Unsurprisingly, he was accused of insulting Islam and forced to flee abroad.