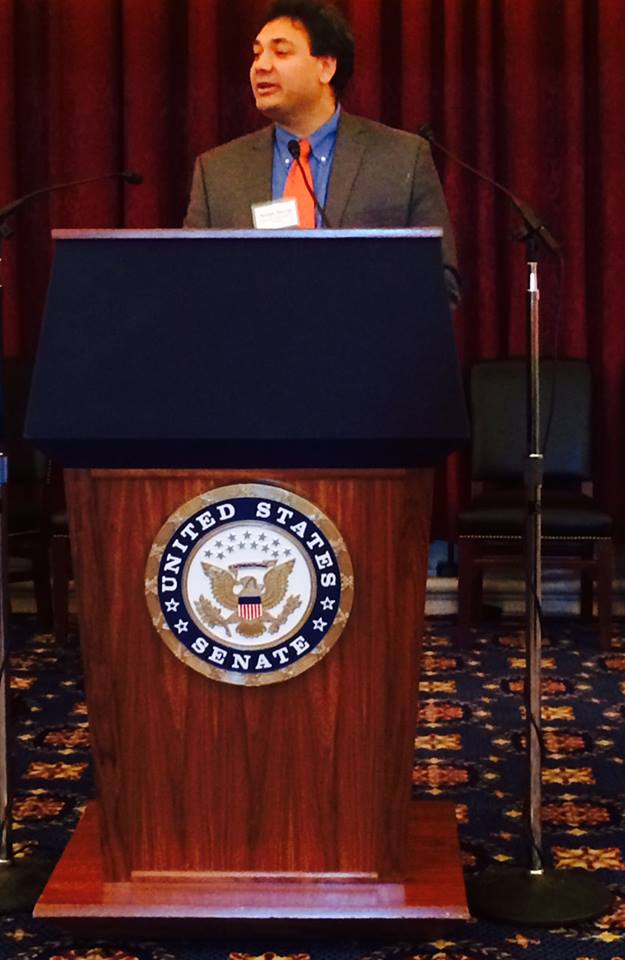 Honorable Members of the Congress, distinguished delegates and friendsToday, we are gathered to express solidarity with the oppressed people of the world who struggle for the things we take for-granted. We are fortunate to be able to practice our individual faiths with security, choosing to do so in a private or public manner. We tolerate and often celebrate our neighbors possessing differing ethnic identities and customs. We are free to speak our minds in civil discourse and have the opportunity to exercise our democratic rights. And yet, the people of Gilgit-Baltistan, the UN-declared disputed region that I come from, struggle every day to secure their fundamental human rights. To be precise, the European Parliament describes Gilgit-Baltistan as “the last colony”; “a region in chains”; and “a black hole in the world”.As a requirement of the UNO’s handing over of Gilgit-Baltistan, Pakistan took an oath to protect life and property and to grant complete political and administrative autonomy to the region. However, the rulers have failed to keep their promise. Even today, the two million people of Gilgit-Baltistan are denied the citizenship and constitutional rights and are governed by a single unelected person who is not a citizen of the region. Dr. Pervez Hoodbhoy, a famous Muslim scholar, calls Pakistan an open prison for the minorities and this statement rings true for the people of Gilgit-Baltistan as well. Several reports including those from the Asian Human Rights Commission and Pakistan Human Rights Commission indicate involvement of Pakistani military and law enforcement in mass killings in Gilgit-Baltistan especially of those demanding religious freedom. Secret services agencies provide patronage to terrorists such as the Taliban and turn a blind eye when they harass and murder minorities. The authorities, in clear violation of UN resolutions, follow a policy of settlement of Pakistani citizens in the region to change the social demography and weaken local ownership of land. With little or no help from outside, the locals struggle to resist cultural extinction and the threat of becoming a minority in their own land. In addition, the closure of historical roads, connecting to India and Afghanistan, has led to isolation and economic stagnation in the region.A country’s political and social stability as well as its national security depends directly on provision of justice and freedom of religion and speech for all citizens including the minorities. It is tragic to see Pakistan establish its national security by oppressing its minorities. Three generations of the people of Gilgit-Baltistan, who suffer under these deplorable conditions, have therefore nowhere to turn but the international community to restore their freedom, rights and dignity. Eleanor Roosevelt once said, “I know that we will be the sufferers if we let great wrongs occur without exerting ourselves to correct them.” Today, I ask you to consider whether Pakistan has not lost its right to rule Gilgit-Baltistan or whether, perhaps it is time, the UNO takes repossession of the region. Thank you very much.Senge H. SeringPresident of the Institute for Gilgit Baltistan Studies May 9, 2014