A few days ago I chanced upon some writings of Bina Shah explaining the intricacies of feudalism. Her key point was that people must separate the wheat from the chaff  – the feudal system is not as bad as it is made to look and so people must distinguish good feudalism from the bad. Furthermore, she suggests that lower Sindh has good feudalism while upper Sindh has bad due to its proximity with Punjab. There are many problems that have traveled from Punjab to Sindh but feudalism may not be one of them. Lest she forgets, Sindh extended up until Multan before the British changed political boundaries. In any case, such statement reflect a needless ethnic bias that Sher Mohammad Marri once talked about and termed as a product of the feudals and bureaucrats of Sindh. I suspect she hasn’t heard of stories of feudal-pirs from lower Sindh involved in kidnapping for ransom done through dacoits that Sindh was famous for during the 1980s.But what does one make of this good versus bad feudalism? Since I belong to South Punjab from where, in Bina Shah’s imagination, all bad feudalism comes from let me engage her and many others who believe that feudalism has some inherent goodness, in a conversation. I have used the reference also to put Ms Shah at ease so that she doesn’t take my comments as that from an urban-middle class ignoramus often referred by some as burgers. According to Shah, the good part of feudalism pertains to values such as the feudal lord and his family taking care of its minions or clients. You would probably think of these clients as lucky since there is someone powerful enough to provide for their needs such as health, food and security. After all, what would people do without a demigod? Perhaps even commissioning robberies and kidnapping is an extension of this magnanimity – keeping poor people busy from creating larger damage to mankind? I was also reminded about a conversation with scion of a landowning pir from South Punjab arguing that the festivals indicated the pir’s large heartedness in allowing poor people opportunity to earn. No use asking the young man why wouldn’t he consider creating more meaningful opportunities for the poor than just confining them to non-value added jobs.

But feudalism’s brutality is not limited only to those who are not part of it. It is a demon that eats its own. Wonder how and why a creative writer failed to see the loneliness of those that suffer the system much more because they are part of it and do not even have an opportunity to play the victim. From a human perspective, feudalism is a deeply unbearable state of being. Forced into a marriage with the Koran, not being allowed to get married even through a family arrangement, or killed for someone’s imagined honour are not just matters of random bad habit. They grow out of the need of the ‘lord’ to acquire power. The ‘lord’ will certainly not wake up one day and decide that his grown up daughter or sister has an equal right to live and must not be sacrificed on the altar of his ego. Wealth, land and the family’s women are an expression of the patriarch’s power. It is to retain this wealth that human lives, especially those of women, are sacrificed. Later, it is justified as respect for traditions. So, be it the Makhdooms of Hala or RahimYar Khan the apparent sheen of these households is quite superficial. It does not change the inner reality of how generations of women are not allowed to find partners so that land holding is retained in the family. I recently saw the Facebook page of a niece whose mother was married into one of the Makhdoom families from Rahim Yar Khan. Since the girl in her mid-twenties is forced to follow in her aunt’s footsteps and not get married she has found her solace in religion. Now, she posts religious messages which is not a matter of free choice but surrender.

Some women in similar conditions, who are more daring and restless, find their own pleasures. Those that are unlucky, as has happened in many cases in Punjab and Sindh, get killed, secretly buried and forgotten forever. The brutality is brushed under the carpet, while the menfolk parade a public liberalism, which in most cases is confined to other women not their own. 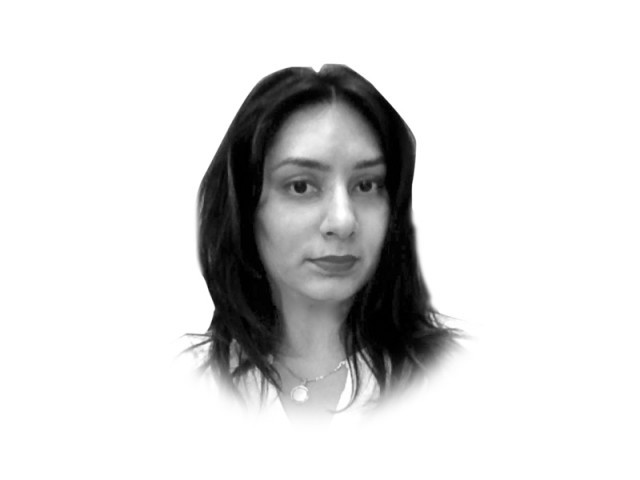 The feudal lifestyle casts a web around the lives of those that are part of it and do not have an equal stature in the hierarchy of relations. Human life is measured in terms of wealth and power of the family that you are a part of. It’s the patriarch and family at large which has agency. For people to survive within this system not only requires sensitivity to its norms, but also the ability to create a world of lies and make belief. At times, I find women of feudal-pir families even less fortunate than ordinary folk who can find some means for emancipation. The lower class woman can at least pretend that some evil spirit possesses her. In most cases this is her ticket to some freedom, fun and frolic. Going for exorcism to the pir or the shrine also provides opportunity for her to socialize and to do shopping and sightseeing. I quite believe that shrines in Sindh and Punjab will not go out of business, at least for a long while mainly due to the fact that these also serve as community centers and great meeting points considered as socially and morally kosher. Ultimately, places of worship that encourage congregation (anywhere in the world) provide excellent opportunities for socializing.

My lament, however, is for the woman in the heart of the feudal system who carries so much burden of male honour that she cannot live her life except in very dark shadows shrouded with deceit. Wonder if some storyteller would one day write about those women whose lives swing like a pendulum – between their unfulfilled desires, a maddening urge in some to fulfill (often carnal) desires for which one would venture into socially dangerous territories, and a burdensome consciousness of the patriarch’s code of honor for her. In fact, what Bina Shah should know is that just a couple of decades ago South Punjab was not known for honour killings.

The real tragedy of this system is inside it. And it would be an utter lie if someone said it didn’t happen in his or her families.

Many years ago at a family gathering I overheard a nine-year-old son of a distant cousin inquiring from his mother if my beautiful orchard would be taken over by the government when I died. I was then unmarried and surrounded by step relations who could not legally inherit my property.  Probably many elders will have discussed the consequences of this in my absence for the young boy to have blurted out his concern for a piece of property that was an eyesore for most family members. It was the first time I realized that instead of thinking of my future my family was thinking about my death (and I would like to add that these people are not vicious either, just ordinary feudal folk). I remember then it did pinch me a bit. My mother had gently raised me as a rebel who did not poke tradition in the eye but stood firm and contested her rights as an equal individual. I was armed with education and exposure. I was the only family female not asked to wear a veil. But all this traveling off-the-beaten-track had not changed my other reality: that at the end of the day my worth was only weighed in land and capital that I could leave behind.

This was also not the last time that the question was asked. The other day I accidentally found out that a 12-year-old son of my house help was curious to know who would inherit my lovely house. As I stood frowning at this information, I was told that others had asked similar questions such as servants of a visiting family member who were curious to know who the beneficiary would be. This time, though, I couldn’t help but break into laughter. It was not mirth but a sense of helplessness at realizing that years of education, grooming and battling the system had not succeeded in transforming my image beyond that of a commodity – a thing whose extinction might result in opportunities for some. I could feel weariness in the heart realizing how horribly redundant I was as a human. No children, especially no male issue, made me absolutely useless. Living every extra minute I was wasting the time of my legal successors. To them I am nothing more than a trophy whose wealth would add to their existing fortune which will be passed on to their absolutely useless male children. Only if I could die.

For all these years, I had seen my mother battle for my survival. I was raised as a tomboy partly because, I imagine, it might have given my parents some comfort to raise me in a typical feudal setting as a male child. As I look back I wish I could turn back the clock and take ownership of my femininity. Later, after my father’s death I was encouraged to play the male because it mentally put my mother at some relative comfort. It was possibly a wee bit easier for her to protect someone who looked like a boy than a girl. The legal cases and general hostility was already too much of a burden for her.

I salute her for all the struggle she went through for me, always turning down the suggestion of selling the land because, for her, it was a decision that I would take when I came of age. But at age 22 she left me alone to deal with the hollowness of the feudal system and the added burden of wanting to stand up for my parents’ name and honor. Although I managed to do better than most, I couldn’t find the strength to free myself. Almost 25 years later I wonder why I didn’t take the leap. Winning a battle also depends on the battleground. Some battles are just not worth it. I am tired of people wanting me to die and thinking of developments through the prism of my death rather than my life. I am tired of being constantly seen as a path to a treasure and not the treasure. The fatigue catches on and there are times when you even begin to wait for your own death.

I also wonder if religion is a tool in the hands of the feudal to ensure laws that would stop the melting of their empire. The law of inheritance justified in the name of religion is so flawed it doesn’t allow leaving a will that might ensure that inheritance can be spent on people who deserve rather than those who greedily desire.

All the battles fought and won and all qualifications dissolve in thin air because ultimately the feudal environment doesn’t own womanhood. Actually, it doesn’t support manhood either. It only recognizes patriarchy which gets a lease of life through male members and not female. Hence, having children, which indicates extension of this patriarchy, is analogous to putting coins in a moneybox. Your worth is determined by your ability to fill the box up.

Of course, I will not suggest that all people in the system are evil. There are great individuals out there as you will find in any other socioeconomic order. But it is the human sorrow that lies at the heart of this system which is too much of a burden for an individual to carry. Look inside. There are stories aching to be told.