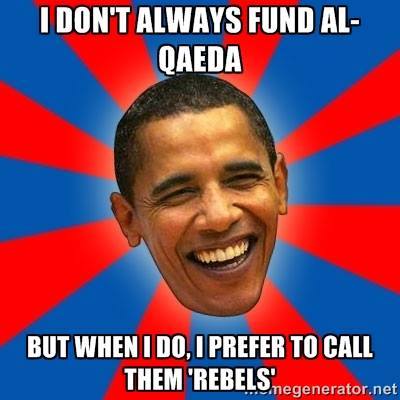 While the opposition Syrian National Coalition, headed by Ahmad Jarba, has been meeting with US officials this week in Washington in an effort to secure further support, including more funding and additional antitank and antiaircraft weapons, news from Syria indicates that some advanced US-made weapons are already being used in various Syrian provinces by rebel fighters.

Over the past few weeks, media reports have stressed that US officials have begun a “pilot program” of providing small quantities of advanced weapons, including TOW missiles, to vetted “moderate” groups, and specifically the Harakat Hazm, which fights in a newly formed coalition called the Southern Front. [See Threat Matrix, The shadowy flow of US weapons into Syria.]

As we at LWJ have pointed out, however, alliances and accommodations between the so-called ‘moderate’ rebel groups and the Islamists have made it very difficult for outside backers of the Syrian opposition to ensure that weapons and other aid provided does not end up in the hands of the Islamists, who dominate the battlefields. [See Threat Matrix, Southern Front tries to disassociate itself from Al Nusrah, which illustrates that an increasing number of reports from ‘moderate’ commanders claiming independence from Islamist groups such as Al Nusrah appear to be concocted in order to secure the provision of more weapons and funding from the West.]

Yesterday the opposition activist group Syrian Observatory for Human Rights (SOHR) reported that the Islamic Front, a large coalition of mainly Islamist fighting groups, was using US TOW missiles in clashes in Aleppo against the forces of President Bashar al Assad and allies. According to SOHR, the Islamic Front (which it refers to as “Islamic battalions”) employed the weapons in Aleppo’s Al Sheik Najjar area and near Al Brej, and possibly near the air force intelligence building in Al Zahraa district as well.

SOHR’s report yesterday also noted that the Islamic Front was joined by the Al Nusrah Front and Jaysh al Muhajireen wal Ansar in some of the Aleppo clashes. Al Nusrah, which is al Qaeda’s official Syrian affiliate, regularly pairs up with the Islamic Front in fighting throughout the country. The Jaysh al Muhajireen wal Ansar, or Emigrants’ Army, is a Chechen-led unit of mainly non-Syrians that frequently spearheads the battles of the Islamist groups.

In another recent development illustrating the cooperation, if not collaboration, that exists between Islamist forces such as al Qaeda’s Al Nusrah Front and the “moderate” forces linked to the Syrian National Coalition’s Free Syrian Army, SOHR reported yesterday that 52 groups in the southern province of Deraa had agreed to allow Al Nusrah to establish checkpoints in their zones. They also agreed to give Al Nusrah a respite to decide the fate of a key FSA commander and several other commanders seized by the terrorist group a few days before.

Those 52 groups are likely the 50-odd units in the recently formed Southern Front, which, according to Aron Lund at the Carnegie Endowment for International Peace, is probably in essence an organization created by foreign officials in order to present an acceptable face to the insurgency in the south.

So far this week the US has responded to the Syrian National Coalition’s appeals by upgrading its US mission status from informal to formal, and by promising to give a further $27 million in nonlethal aid to the opposition, bringing the total so far to $278 million. In addition, Najib Al-Ghadban, the SNC’s representative in Washington told Asharq Al-Awsat: “During Jarba’s visit to Washington US officials informed opposition leaders that moderate rebel battalions will be provided with military support by the US administration.”

As Syrian opposition elements and other allies press the US for further engagement, including the commitment of lethal weapons, in their cause, the appearance of US-supplied weapons in the hands of Islamist groups such as the Islamic Front, which regularly supports Al Nusrah, should be a major cause for concern.