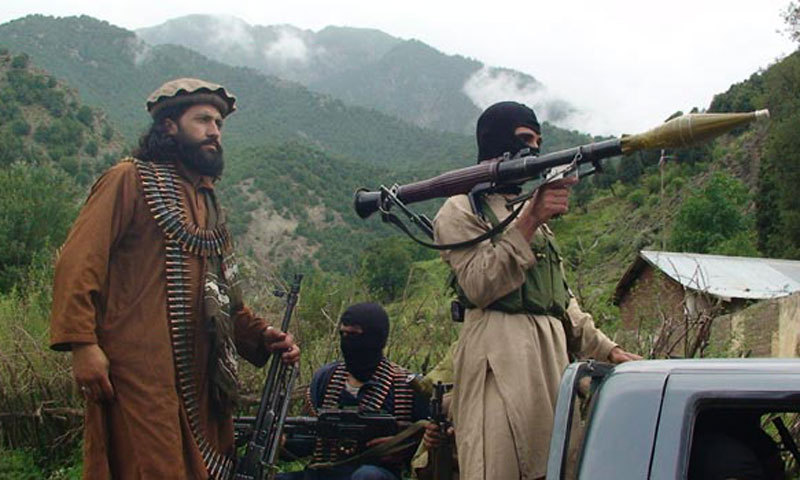 MIRAMSHAH: As the government team prepares for another meeting with the Tehreek-i-Taliban Pakistan Deobandi (TTP), many of the foreign militants based in and around North Waziristan feel they are facing an uncertain future and are not only seeking assurances from their hosts but are also weighing options for moving out to others places, like Afghanistan and Syria, to continue their ‘jihad’.

This emerged during a series of interviews conducted by this corespondent with scores of foreign militants, mainly around North Waziristan, on getting exclusive access to various groups and to some of the most wanted fugitives in the country.

“Most of us do not think that the talks would succeed. But if there is give and take from both sides then we fear the government would try to isolate us. Our hosts did take us into confidence before the talks started, but we feel the government would put them in a tight spot and their options may be limited,” said Azzaam, a senior member of the Islamic Movement of Uzbekistan (IMU).

But some of the foreign militants also see the developments as an opportunity.

“Jihad is not restricted to a single land. We have the flexibility to move around. At the moment most brothers realise that one of the noblest jihadi fronts is Syria,” said Sheikh Abdul Salam, a Saudi national based here.

“Iran is one of the belligerents in the blessed land of Syria and it is right next to Pakistan,” he said, while arguing about the “importance” of dragging Iran into a direct confrontation with Pakistan.

Another Arab fighter in Mir Ali Bazaar said he was interested in moving to Syria, but added that he had been unable to make arrangements to shift along with his large family.

“My mother’s condition makes it difficult for me to pursue the difficult land route. Perhaps as part of the talks, if the government of Pakistan provides us with a safe passage then a number of people in a situation similar to mine could fly out,” he said.

At the same time, a member of the Deobandi TTP shura claimed that a large number of foreign fighters had already left. “I can tell you that 8,000 mujahideen, mostly Arabs, Chechens and Uzbeks, have shifted to Syria,” he said.

When cross-questioned about the big figure, he asserted that he was speaking with knowledge and authority. He pointed out that almost all of them had taken the land route while sneaking through Iran where a number of them have been arrested.

It’s difficult to verify this figure, and it is not clear how many more foreign militants are still holed up in North Waziristan and other parts of the tribal territory.

When asked about the issue of foreign fighters, Deobandi TTP spokesman Shahidullah Shahid Deobandi was reluctant to talk on the subject. “We are holding talks with the government with all sincerity and we hope for a positive outcome that is in the interest of Islam and Pakistan,” he said.

While Afghanistan would seem as the more convenient place to shift, many of the foreign fighters have their sight on Syria. “There are many sayings of the Prophet Muhammad (peace be upon him) about the virtues of Syria, so naturally many of the mujahideen look that way,” said Khalid Saif al-Muhajir Deobandi, TTP’s head of media.

But the Saudi national, Sheikh Abdul Salam, points out another aspect. “It is not about which land is easy for us to relocate to. You have to look at it strategically. The next big fight across many Muslim lands would be between us and the Rawafidh,” he said, using a pejorative term to describe Shias.

In the meantime, for those foreign fighters choosing to stay in Pakistan, there is help on offer from another front – the staunchly sectarian Deobandi Lashkar-i-i-Jhangvi. “All these people have left their lands for jihad. We cannot betray them. If the government tries to make things difficult for these mujahideen then they will find us standing by them,” said a member of the Deobandi Lashkar-i-Jhangvi who features on the list of most wanted militants in Pakistan.