The forgotten people of Balochistan – by Robyn Sundlee

Comment on the blog : Glad to see an article, by an American, to raise the plight of the Baloch in Balochistan/Pakistan. Along with Baloch, Hazaras are facing a far grimmer reality in Quetta which is undergoing genocide by LEJ/ASWJ and its affiliated terrorist coalition (see hazara.net). Additionally, Shias, Sunnis (Barelvis, Sufis), Ahmadis, Christians, and Hindus, are all under the onslaught of the Saudi-funded terrorists.

It is important for people to understand the issue: All of AlQaeda* and its affiliated groups are Saudi-inspired and funded.

Saudi is considered US and West’s best ally. It is fighting a very shrewd war. On the surface, they are against AlQaeda. And it is true that they are against AlQaeda leadership as the monarchy will be the first casualty of AlQaeda if West did not protect the regime. However, Saudi Inc (UAE, Qatar, Kuwait, Bahrain) provide fund to Deobandi/Salafi/Wahhabi madrassas that makes the 100% of AlQaeda foot soldiers (and obviously, many becomes its leaders).

Currently, moderate Sunnis (majority) are being converted at an alarming rate from Barelvi, Sufis, to Deobandi/Wahhabis (e.g. Afghanistan, Pakistan). Watching US media, one gets the impression that it is winning war on AlQaeda. What people in the West is missing is that AlQaeda has shape-shifted in so many groups. But all of them consider West their prime enemy and will strike West whenever it gets the chance. 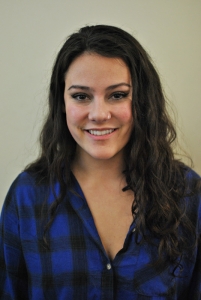 Three months ago, a mass grave was discovered in Pakistan. More than 100 bodies were found in three different pits, decomposed beyond recognition. These casualties were not products of the war on terror or religious strife, as many might be quick to assume. Rather, they were victims of pure persecution. This is just the latest in a gruesome saga of conflict that has been taking place for a decade in Pakistan with little to no acknowledgment from the global community. In spite of all the carnage, there has been next to no coverage of the recent tragedy by major media news outlets. An occasional article in Al Jazeera or the Huffington Post was the highest attention the discovery garnered.

It is hard to believe that such an event went almost unrecognized by Western media, given the location of the mass graves. The bodies were unearthed in the province of Balochistan — a region that spans parts of Iran, Pakistan and Afghanistan. It is at once one of the most desolate, conflict-ridden, resource-rich and poverty-stricken areas of the Middle East. Because of the strategic interest of the land, the Baloch people have long been subject to harsh discrimination by the governments of Iran and Pakistan. In 2005, Baloch nationalists launched a separatist movement, citing persecution and theft of resources as their motivations for independence.

Some of these nationalist groups are militant and have resorted to attacking civilians in an effort to destabilize Pakistan’s hold over the region. It is true that these particular groups are not innocent. They have claimed responsibility for several public bombings over the last decade and are recognized by the United Kingdom and the United States as terrorist organizations. Attacks on citizens are never permissible, but we must take into account the situations that led to these extremes.

Since the beginning of the separatist movement, the government of Pakistan has empowered the FrontierCorps, a shady paramilitary organization, to suppress Baloch nationalism. For years now they have been disappearing advocates for Baloch independence with impunity because of a dearth of media coverage and oversight. Baloch advocacy organizations have estimated that the number of individuals who have vanished at the hands of Pakistani paramilitary and intelligence organizations is somewhere in the thousands. The victims encompass Balochis from all walks of life, not just the perpetrators of violence. They include student activists, journalists and seemingly innocent men and women.

Those who have chosen not to employ violence are persecuted anyway. The Baloch Student Organization, a group based out of the University of Balochistan in Quetta, has been especially victimized. “When a student raises his voice or his pen (in support of our rights), he is imprisoned or killed,” Javed Baloch, the secretary-general of the BSO told Al Jazeera. He went on to explain the militant reaction as stemming from desperation. “We have tried all democratic routes — they have not worked. Our weapons are now our only defense.” Violence is inexcusable, but when family members are vanishing without a trace with no higher authority to turn to, it’s easy to see the motivations of the Baloch militants.

Why has there been so little outcry? These actions border on ethnic purging, for the victims are overwhelmingly of Baloch heritage. The truth is that there is something of a media black hole in this critical area of the world. Due to the number of conflicts in the region, it is especially dangerous for foreign journalists to enter. Those who dare to venture in risk expulsion from Pakistan at best and abduction and torture at worst. Reporting on these atrocities is even more perilous for local journalists, who have families in the area.

While it is difficult to acquire clear information about the events in Balochistan, this problem is compounded by the blatant lack of interest from the international media. Perhaps this apathy from the international community can be attributed to a sort of fatigue regarding Middle East conflicts. Reports of violence in the region are expected and no longer make for attention-grabbing headlines. This is unacceptable. The entire oil-using population has a huge stake in the security of Balochistan, and the media has an obligation to avoid oversimplifying or ignoring this conflict.

The lack of coverage has been a massive hindrance toward achieving justice for the Baloch people. International bodies such as the United Nations have declared that the dearth of information from the area has tied their hands. They will not intervene until they have more intelligence. What has resulted is a cruel catch-22 that reflects an abject failure by the international community to combat human rights violations. There is not enough credible reporting on Balochistan because of either the danger or lack of interest. Until it is reported on, international bodies will not get involved. Without the intervention of international groups, violence will not be quelled.

Malik Siraj Akbar, editor of the online newspaper the Baloch Hal, underscored the importance of intervention from international bodies such as the United Nations or the European Union in a Huffington Post interview last month. The distrust between the Pakistani military and the Baloch people is so severe that only an outside mediator will have any hope of coaxing the two sides away from their hard-and-fast stances. “Unless there are international guarantors, talks between the Baloch and the Pakistani state to bring peace and justice in Balochistan will not succeed,” Akbar said. But until the bloodshed slows, journalists cannot enter.

There have been a choice few who have been bold enough to report on Balochistan. Publications like the Baloch Hal, Crisis Balochistan and the Dawn all publish quality content on the ongoing strife within Balochistan and employ courageous journalists who routinely risk their safety to inform the world of the separatist movement. I urge readers to look up these publications and pass on articles to spread awareness of these events.

This vicious cycle cannot be broken until the rest of the world decides to care about the conflict between the Baloch people and the states of Iran and Pakistan. We must fight the temptation to dismiss violence and human rights abuses as normal in the Middle East and seek to understand the complexities of the region. We are profoundly invested in the ongoing events in the region of Balochistan, and the conflict between the Baloch people and the state of Pakistan is contributing to the region’s instability, allowing groups like the Taliban to flourish. We ignore the Baloch people’s plight at our own peril.