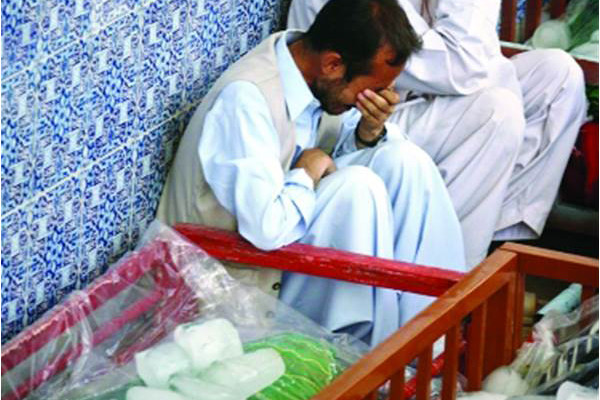 What is Mahmud Ghaznavi, Aurangzeb Alamgir and Shah Abdur Rahim’s connection to the current shia persecution in the country? Kunwar Khuldune Shahid explores

When Muhammad bin Qasim was busy becoming the first Pakistani 1,200 years before the country actually came into being, the Umayyads were busy sidelining the Shia in the hub of Islam. Abbassids, Ottomans and Mughals dutifully followed their lead as Shia oppression spread from the Middle East into South Asia.As far as the history of the subcontinent is concerned, Mahmud Ghaznavi was the first to orchestrate Shia genocide in the region, when he butchered the Ismaeili Shia in Multan in 1,005 AD. The fact that he managed to massacre even more Hindus and destroyed temples as well, further rubberstamped his legacy as a “true Pakistani”.During the Mughal era the 10 Taraajs – Taraj-e-Shia – between the 16th and 19th century, saw barefaced attempts to obliterate Shia habitations. The community was forced to hide its faith as village after village was being erased, leading to a massive Shia exodus. Shiaphobes like the king Aurangzaib Alamgir and scholar Shah Abdur Rahim – Shah Waliullah’s father – combined to compile the Fatwa-e-Alamgiri, ‘officially’ excommunicating the Shia and creating a takfiri template that the likes of Lashkar-e-Jhangvi (LeJ) and Ahl-e-Sunnat Wal Jamaat (ASWJ) – formerly Sipah-e-Sahaba – still follow.

In Pakistan, the country’s founding father Muhammad Ali Jinnah himself a Twelver Shia following his conversion from the Ismaili sect, needed two separate funerals – one according to the Sunni rituals in the open and the other before that according to Shia norms in his home – to appease Shiaphobes in 1948.

Since then incidents like the Therih massacre in 1963, where 118 Shia were killed, and the 22 Shia killed in processions in Lahore and Karachi in the year 1978, laid the foundation for the Ziaul Haq regime to up the ante on sectarian bigotry. Zia proliferated Deobandi madrassas and injected Shiaphobia into the ideological roots of Pakistan. His era coincided with the Iranian Revolution and its aftereffects; and Zia dutifully clung onto the Sunni half of the Saudi-Iran divide, leaving behind Sipah-e-Sahaba as an emblem of his Shiaphobic legacy.

LeJ formed by Malik Ishaq in 1995, gave Shiaphobes a militant wing to organise the Shia killings. Malik Ishaq, an internationally recognised terrorist meanwhile, despite being charged over 30 times for homicide and terrorism, is still free to spread Shia hatred all over Pakistan. Ishaq along with Mahmoud Baber – on record as saying how he is a proud murderer of 14 Shia – and Ahmed Ludhianvi the president of ASWJ, form the “holy trinity” of Shiaphobia in Pakistan.

The Gilgit massacre of May 1998; Parachinar attacks in 2011 and 2012; Kohistan massacre in 2012 typify the brutality of the Shiaphobes who have collectively taken the number of targeted and killed Shia since Pakistan’s inception to well over 21,000.

Back to back blasts in Quetta in the first month and a half of 2013 that led to nearly 200 deaths; and the August 15, 2012 attack where 21 passengers were dragged out of a bus en route to Gilgit-Baltistan and killed are all examples of the recent upsurge in Shia killings. Furthermore, with the recent targeted killings of Shia scholars like Nasir Abbas in December last year, Alim-Al Musvi in January and Taqi Hadi Naqvi in February, showcase Shia genocide with all its goriness.

And so, at a time when you need someone at the helm who would show some intention of nipping Shiaphobia in the bud, and put an end to sectarianism and Shia genocide, the current ruling party, a political ally of ASWJ, is brimming with sympathisers of Shiaphobes. Furthermore, the diplomatic activity over the past couple of months, further adds fuel to the sectarian fire.

Prince Bandar bin Sultan, the Secretary General of the Saudi National Security Council and Bahraini King Hamad bin Isa Al Khalifah have collectively gifted Pakistan $2.25 billion for its services in Demascus and Manama respectively. This comes three years after Pakistan performed similar services in 2011, in shushing up the uprising in Bahrain.

2011’s Bahrain uprising, a reverberation of the Arab Spring, was all about getting rights for the Shia community that is suffering from what the Centre for Human Rights has dubbed downright religious “apartheid”. Just like the “liberal, secular and non-partisan” Pakistan People’s Party (PPP) government helped the Bahraini monarch force the Shia population into submission by sending around 2,500 troops in 2011, the current government looks set to go “one better”. By supporting Bahraini National Guard in suppressing the local Shia in Manama, and toeing Saudi line in Demascus, not only is Pakistan set to alienate Iran as a friendly neighbour, and partner in commerce, it is also giving its local Shia community – over 20 percent of the overall population – a damning message.

By accommodating anti-Shia groups in local politics, and openly opting for the Saudi/Bahraini-half of the Middle Eastern divide, the government looks set to continue a millennium-long tradition of Shia persecution in this region. Shiaphobia has usurped the ideological foundation, politics and foreign policy of the Deobandi Republic of Pakistan. It’s Taraj-e-Shia, all over again.