Home  »  Original Articles   »   Humanity as a religion -by Avinash Advani 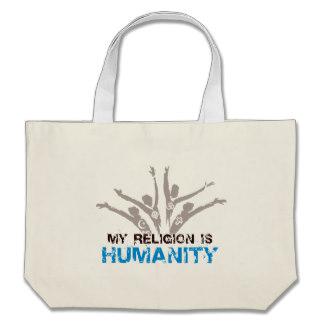 “If we have no peace, it is because we have forgotten that we belong to each other.”

I love mankind; there are many things which are unfavorable although, I still consider that humans are actually good at heart. Humanity expresses the feeling of loving for other so as to classify our kindness and which is enjoined in all the wisdom traditions of the world, is banished to the margins of our consciousness. While we are belonging in that state where we are clashing on the religion base, according to my own personal opinion faith in religion has simply entire part of human.

The Human activities identifies as religious that describe the occupation of a person by caring and serving as human thus we need to care for the human in spite of everything we are human, those who help for others soon they will be proved fruitful while someone has quoted that goods can not contain value because they are simply useful: what is of value is human execution according to the morality of high caliber.

Today’s the circumstances has modify I know this concept may be old for new generation and there is possibility of neglecting as the humanity is the best, this is the main reason that we couldn’t convey our messages to others and conceal the information. That’s the essential reason that our state is undeveloped instead of this most of the universities they have adapted “Humanity & Religion” as individual subject I merely eager wants to question from young generation if you are already involved in this subject, have you applied practically and try to extend your message to all over the world? If their answer is “No” then sorry to say your major subject is worthless. Thus, if you are enrolled in this subject then you must be able to spread your message in appropriate manner that will be applicable for you. Being a philanthropic it is my primary responsibility to identify the major terms of human as a religion whereas our state is burning by the name of humanity. Basically real classification of religion is re-establishing the ligament with God while there are many people who disagree from this point of view.

A religion is a planned compilation of beliefs, cultural systems, as well as world views that relate humanity to an order of existence. Several religions have narratives, symbols, furthermore sacred histories that are intended to explain the meaning of life and/or to explain the origin of life or the Universe. From their beliefs about the cosmos and human nature, people derive morality, ethics, religious laws or a preferred lifestyle. According to some estimates, there are roughly 4,200 religions in the world.

According to Constitution of Pakistan, They Guaranteed towards the freedom of religion in Pakistan for individuals and sects, Pakistan gained independence in 1947 and it was entirely secular, and has subsequently become an Islamic republic since 1956. It is estimated that 95% of Pakistanis are Muslims (75% Sunni and 20% Shia), while the remaining 5% includes Christians, Sikhs and Hindus. But literally we have forgotten the Humanity and even don’t care for others, people are dying and no one is to be concerned for them, is this same Pakistan? A nation will be able to grow when there will be spreading education and humanity this is foundation of unity, faith and discipline. While I am confusing that today’s Pakistan have the unity, faith & discipline where people have been targeting by their religion and they have been murdered.

Concerning this state of affairs we have to change ourselves towards the helping others by Unity, faith & discipline.

Last but not least I must mention the quote that “When freedom does not have a purpose, when it does not wish to know anything about the rule of law engraved in the hearts of men and women, when it does not listen to the voice of conscience, it turns against humanity and society.