Many Takfiri Salafi and Deobandi groups, which are ideologically and financially supported by some extremists Salafis and the state of Saudi Arabia, have caused mass murder and suffering of other sects of Islam considered apostate by these Takfiris. The magnitude of the problem is so big that Tunisia has criminalized Takfir in her new constitution.

Some groups within Islam especially in the past 20-30 years have taken it upon themselves to decide who is Muslim and who is not. By this process they are giving their acolytes the ideological powers to hate and murder those placed outside Islam. This is a cancer within Islam. Here is an edited and shortened transcript of the video.

T R: How would you define the Takfiri movement and its origins through history?

PSA: The idea of Takfir came about with Mohammed bin Abdul Wahhab who was a preacher that lived in what is now Saudi Arabia a couple of hundred years ago. He looked some of the things that Muslims were doing and proclaimed them to be wrong. Instead of saying this is sinful, he proceeded to place them outside Islam. Then he went a step further and made the case that since they are outside Islam they are now targets. This is essentially the position that his followers have taken since then. As an unknown preacher in the middle of the desert who was denounced by all scholars as a mad heretic, Abdul Wahab was no danger at the time. The problem was that his followers were the Saud family who later on became the kings of Saudi Arabia. They proceeded to make this “minhaj” the official religion of Saudi Arabia. This was dangerous in of itself but with the discovery of oil they proceeded to spend their oil wealth to propagate this cruel an intolerant vision globally.

TR: To be fair Abdul Wahab was more a Salafi than a Takfiri Salafi. He was targeting superstition and what he defined as “shirk” and calling for a return to true Islam. But what we have is other people who went too far in placing people within and outside Islam…

PSA: I agree with you Tariq, I am not saying that all people who now call themselves Salafi (Ahle Hadith or Deobandi) are all extremists. I know scholars within these movements who are very sensible and who would not Takfir anyone. However, other groups have caught on and taken takfir to new heights. You will even see Deobandi Sunnis in Pakistan who are traditionally Hanafi Ahle Sunnat but even among them there is a Takfiri wing.

TR: So this is exactly my point. We can find Takfiri movements within many schools of thought.

PSA: I think within all schools of thought.

TR: So how would you define the Takfiri Mindset? Especially in the context of the repression of Muslims by Egyptian dictators, and their reactionary Takfirism.

PSA: I think the most dangerous thing when they talk about “shirk” they take out of the hands of Allah(swt) the authority to judge and proceed to judge on behalf of the Almighty. This is in fact the more visible form of “shirk”, whereas those they are passing judgement on, they are interpreting their intentions.

TR: Of course this is used for geo political supremacy, please elaborate on it.

PSA: Well you just have to analyse who is backing these people and what are their geo political agendas.

TR: So what would be you say is their real agenda?

PSA: It is to divide and control the Muslims and destroy the Muslims from within. Beware of the enemy within.

TR: Well it is important to note this enemy within that is always talking about Quran and Prophet’s  (PUBHP) traditions, the pure Islam etc., the young people that are with them we see are very sincere but their controller are people who are backed by people who are playing political games. So if we have to resist such mindset what should we do?

PSA: Well they play on ignorance. Many of their preachers tell them do not use your brains. This is contradictory to Islamic teachings, this is just to control the people. So we must educate the people.

TR: We can conclude that we have to wake up the people and educate them. So what about the leadership, I have met people who have apostated me that are knowledgeable scholars.  How do you deal with that?

PSA: If someone is in a position of leadership that does not mean they are necessarily knowledgeable people. In the case of such ignorant scholars, they simply need to be exposed through debate.

PSA: Well there needs to be some accountability introduced. If someone has a position of power, there needs to be a reason for this position based on Knowledge as the Prophet (PUBPH) of Islam intended. These people must be regulated.

TR: How will you regulate them?

PSA: Well we should empower young people, knowledgeable people, to have an accountability,

TR: We also have evidence that gulf state and even Western powers have used these people for their own geo political interests or to divide the Muslims. Is it not high time for Muslims scholars to be more courageous to come out and say that Islam is being hijacked for political purposes.

PSA: Absolutely, this is why I say we need to educate people. How can confront them when we know these people are misusing Quran and Hadeeth. We need to have the tools to discredit their misuse of the scriptures.

TR: What about the West let us say the UK, there are strong Takfiri trends here, what can Muslims do to counter it? 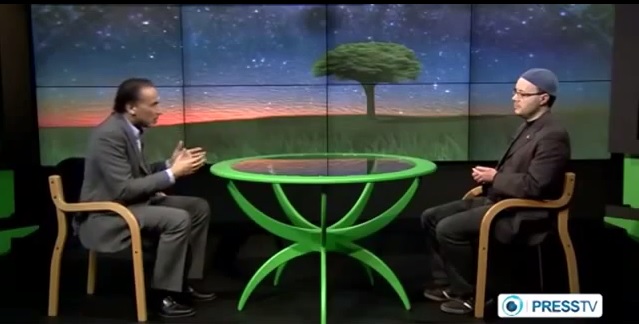