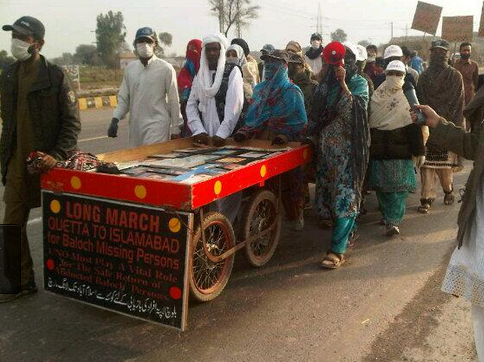 Mama Qadeer has informed us that he has received a very serious threatening phone call from an unknown number. The person on the other end has stated categorically that a decision has been taken that the march (for Baloch missing persons) will not be allowed to enter into Pindi. The person stated that all preparations have already been made to ensure that the march is stopped before Pindi. He told Mama that the march should return rather than continue. He stated that Mama Qadeer will not be allowed to present his demands in front of the UN in anyway shape or form.

At this time Mama Qadeer’s march is in Wazirabad where they are staying the night. The patrol around them has suddenly increased dramatically and for the first time a contingent of lady police is now also present (such a contingent of lady policewomen is only brought when women have to be arrested or controlled). The presence of this lady contingent is also caused great anxiety amongst the marchers as it seems that there may be an attempt to thwart the march with force.

Mama Qadeer is appealing to civil society and progressive organisations for support and solidarity. He says that we need human rights organisations and political parties to make an immediate press statement to allow the march to proceed peacefully to Islamabad. He is appealing to members of the press that the march is peaceful and non-violent and is raising a just demand. That the press should take notice of the imminent danger to the march.

If something were to happen to Mama Qadeer and his companions, the situation in Balochistan will definitely take a more violent turn. These are unarmed civilians in a peaceful march for the rule of law. Hence, it is vital that the march is not only protected but that it be allowed to exercise its democratic right of reaching its destination and presenting its demands to the United Nations for the whereabouts of the missing persons. Last but not least, volunteers who would protect the march are badly needed to march with them from Wazirabad onwards. We sincerely hope that this message falls on the ears of people with sensitive hearts and open minds.

The very least you can do is share this message on your profile to make others aware of the dangers they are facing. 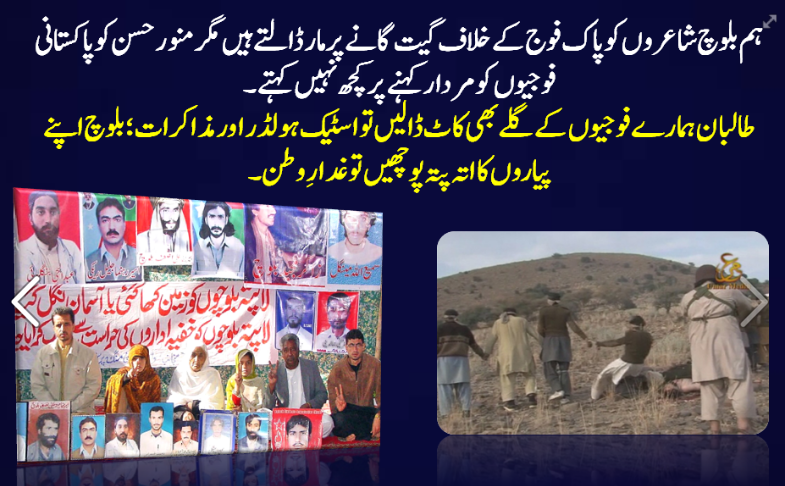