Criticism is useless and it should be kept on hold. The dialogue process with the Taliban is firmly in the hands of fundos and open or covert sympathisers of the Taliban. To Rahimullah, our respected colleague, this does not apply but the other three members nominated by the government – Allama Irfan Siddiqui, Major Amir and Rustam Shah – are all Taliban sympathisers. There is nothing wrong with this…this circumstance just has to be noted. 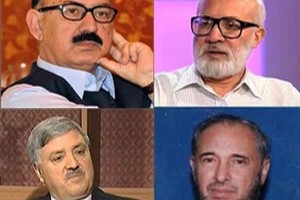 About the team selected by the Taliban – from Imran Khan downwards – no apology or qualification is necessary. They are all dyed-in-the-wool religious rightists and Taliban sympathisers. Again this is just to note the fact and not to be critical of them. But for lifting the cloak from Imran Khan’s back the Taliban deserve our thanks. There was no shroud of ambiguity regarding Imran’s leanings but the fig-leaf that remained even that has been rent asunder.

But, as I say, let criticism cease. The initiative is in their hands. Not just the ball but the entire cricket pitch is in their court. So let our carping or whining not matter. Let the fundos from both sides, birds of a feather, now deliver and if they do at least I – who have no wish to be foolhardy when appeasement and kowtowing before the inevitable are the flavours of not just the season but the times – will apply for membership in the holy ranks of the Taliban, in their media section if it comes to that.

The first peace deal with Commander Nek Muhammad added to his legitimacy in tribal eyes and turned him into a powerful warlord. After his death (in a drone strike) the second peace deal with Baitullah Mehsud helped Baitullah to become the chief of the Pakistani Taliban. The Tehreek-e-Taliban Pakistan (TTP) was formally announced and Baitullah Mehsud proceeded to eliminate the entire old tribal leadership across the seven agencies of Fata. The way the talks offer now has been made to the Taliban makes them, in the public eye, equal interlocutors with the state of Pakistan, their standing immeasurably enhanced. 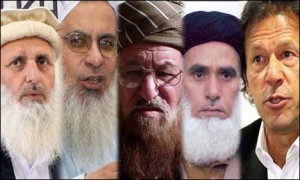 At Tashkent and Shimla Pakistan negotiated with India. Somewhere around Peshawar Pakistan will now be negotiating with the Taliban. Again, nothing wrong with this…this is the new reality and we have brought it upon ourselves. We sowed the wind; it stands to reason that we should reap the whirlwind. As the Lord Buddha says, effects happen because of causes.

The Taliban must be chuckling to themselves. But it’s not all their doing. They haven’t made monkeys of the state of Pakistan. Pakistan has done this to itself: through dithering, confusion and lack of spine. Circumstances also have something to do with this. After all, this is a government, a governing dispensation, not imposed from above but chosen by us, or chosen by Punjab for itself and the rest of Pakistan. Again, logical effects must flow from this cause.

But as we await events, let us not be taken in by our own cleverness. If these moves come to nothing, if the Taliban remain intransigent, let no one think that the onus of failure will fall on the Taliban. With Taliban apologists and sympathisers packing the negotiating table, it is the government or the army which will be blamed. The Taliban will be painted as innocent shepherds from the desert. And army morale, already not very high, will plummet further. Any recourse to arms then far from being smooth will be tougher. And the Taliban apologists will keep drumming the theme that the government is to blame or that ‘hidden hands’ did not allow the talks to succeed.

But one excuse, to our chagrin, we will be without. The Americans, I can almost bet on this, are not going to oblige us by carrying out any drone attack during the duration of this drama. As we twist in the wind they will not come to our rescue by providing us and Chaudhry Nisar any excuse for the failure of the talks. Cruel fate: when we need a drone attack the most we won’t get one.

In any event, this much should be clear even to minds not of the clearest, that the Taliban are gunning for victory not surrender. They are not about to lay down their arms and beg forgiveness for their transgressions. What then are we ready to concede to them to bring them to the path of peace and coexistence? They won’t be satisfied with homilies or appeals to patriotism and reason. Their understanding of patriotism is different from ours; their valuation of reason different.

We are for letting things be as they are. They are for accepting peace on their terms. They talk about Shariah and Islam but these are vague terms, vague in the sense that anyone can put what meaning is desired on them. So these talks will come down to what the state of Pakistan is willing to concede. How much then are we willing to surrender?

Or are these peace talks just a ploy to prepare for decisive military action? But can any of our geniuses tell us what we will gain by this subterfuge, if that is what it is? In what way will this prepare us better for war? Our bonzes and leading lights have sowed enough confusion and division and if they are hoping that from this will arise greater unity of purpose they are living in a world of their own. The Taliban apologists, the religious parties, muftis and divines, and their drumbeaters in the media, will keep saying that peace was not given a fair chance and denounce the government and the army. What will we have gained then by this roundabout route across the mountains?

It’s a mug’s game going on and unless our collective understanding is completely frozen we should try to grasp the essentials of it. The present rulers are not the idiots or bholas (simpletons) we may make them out to be. About the Taliban and the threat from that quarter they may hem and haw and dither and outsource the whole issue of talks to Taliban sympathisers but that is because this whole shadow play of war and peace doesn’t really strike any resonant chord in their hearts.

What does strike a chord are different issues and when it comes to them it is all purpose and decisiveness and no dithering whatsoever: the heaping of quiet, covert favours on fellow capitalists like power producers and the like; pushing towards the loot sale of state assets in the name of efficiency and the cutting of losses; and visible gimmicks such as elevated metro-bus services.

And there are well-meaning souls, bleeding-heart patriots, who genuinely call this development. There was plenty that happened during the Musharraf era: cheap consumer finance, cars on roads, money pouring into real estate, useless expressways in Islamabad, too many of them, to the point where the city looks gridlocked. Would anyone call this ‘development’?

There are so many other things to attend to: law and order, resourcing the police and courts, strengthening public services, government schools and hospitals. But no, even as the basics of economic policy are geared towards the further empowerment of different industrial mafias, there must be some showy endeavours to convey the idea of development. The Lahore metro bus is the biggest aesthetic calamity to hit Lahore since the invasions of Nadir Shah and Ahmed Shah Abdali. But we are to have more of these disasters in other cities, even as public services deteriorate and perish.

Meanwhile, attracting all the band-playing is the drama of talks with the Taliban. Six months – from now until July – is what we have for these games. Then with the Americans speeding up their departure from Afghanistan a different reality will start setting in, a time when the kind of cleverness at which we are good will be of not much use. Phir hum aur uss bewafa ka shehr…but let us enjoy the present spectacle while it lasts. And here’s to all the muftis and divines: may their pious expressions pull some rabbit out of the hat which is the mess of our circumstances.

Pictures speak a thousand words. These pictures have been taken from the website of a noted Madrassa which served as a think tank for the Taliban (Mujahideen) of the eighties. 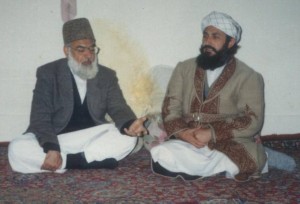 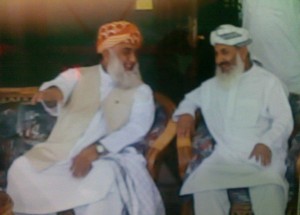 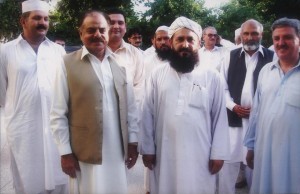 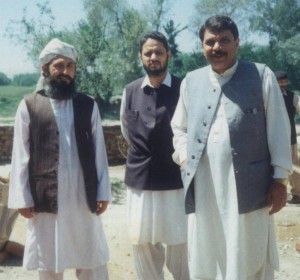 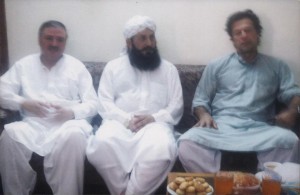