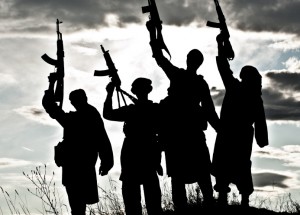 EXECUTIVE SUMMARY: While Israel and the West are focused on the Iranian threat, another dangerous entity is emerging in the Middle East. Attempts by al-Qaeda and other radical Salafi/Deobandi Islamist groups to challenge the Shia Crescent (Iraq, Syria, and Lebanon) must be viewed as a serious security threat.

There is a notion that a hegemonic Iran is attempting to dominate the crescent-shaped part of the Middle East where the majority population is Shiite or contains a strong Shiite minority, through an array of Shiite proxies: Iraq, Alawite-dominated Syria, and the powerful Shiite militia Hizballah in Lebanon.

Yet, the growing involvement of Salafi jihadis in Iraq (since 2003), among the rebels in Syria (since 2011), and in Lebanon has created a “Salafi/Deobandi Crescent.” This reflects a Salafi/Deobandi ambition to establish a caliphate controlling much of the Middle East and form the Islamic State “from Diyala [in eastern Iraq] to Beirut.” Al-Qaeda’s hatred of the Shiites was expressed by its founder Abu Musab al-Zarqawi, who called them “the insurmountable obstacle, the prowling serpent…the enemy lying in wait” and ordered his followers to “fight them.”

Al-Qaeda in Iraq (AQI), a jihadist group of predominantly Salafi/Deobandi fighters, rose to prominence after the US-led invasion of Iraq. The ensuing insurgency provided the group with fertile ground to wage a guerrilla war against coalition forces and their domestic supporters. In the face of successful US counterterrorism efforts and the Salafi tribal awakening, AQI’s violent campaign has diminished since the peak years of 2006-2007, though the group remains a threat to stability in Iraq and the broader Levant. Since the withdrawal of US forces in late 2011, AQI has accelerated the pace of attacks on predominantly Shiite targets in an attempt to reignite conflict between Iraq’s Sunni minority and the Shiite-led government of Prime Minister Nuri al-Maliki.

Meanwhile, AQI has expanded its reach into neighboring Syria. In April 2013, AQI announced that it was changing its name to the Islamic State of Iraq and Syria (ISIS), and that the Syrian group Jabhat Nusra would join it. Jabhat Nusra’s leaders objected, however, and the two groups have remained independent.

Much of the violence in Iraq is blamed on ISIS, which has launched a vicious bombing campaign in Iraq as part of an anti-Shiite insurgency that claimed more than 8,000 lives in 2013. On January 3, ISIS asserted control over the western Iraqi city of Fallujah, declaring it an Islamic state. The capture of Fallujah came amid a campaign of violence across the western desert province of Anbar, in which local tribes, Iraqi security forces, and al-Qaeda-affiliated militants have been locked in fighting. The ISIS fighters have steadily asserted their control over Anbar’s desert regions for months, and resisted assaults by both Iraqi government forces and local tribal leaders to maintain control of all of Fallujah, and perhaps as much as half of Ramadi, Anbar’s capital.

The sectarian tensions between Iraq’s Salafi and the Shiite-led government have been further inflamed by the war in Syria. Al-Qaeda’s growing influence in Syria has given terrorists control over the desert territories spanning both sides of the ­Iraqi-Syrian border, enabling them to readily transfer weapons and fighters between the two arenas.

Syria has become a magnet for al-Qaeda and other jihadi Salafi/Deobandi recruits, as the Assad regime has been an ally of Iran since the 1980s. Al-Qaeda’s direct involvement in Syria includes ISIS, Abdullah Azzam Brigades, al-Qaeda-affiliated Fatah al-Islam, and Jordanian Salafi jihadists. Highlighting the widening regional Sunni-Shiite schism, influential Salafi  Sheikh Youssef al-Qaradawi called on all those who can perform jihad to head to Syria to fight the Alawites and Shi’ites, who are “worse than Christians and Jews.”

Ayman al-Zawahiri, al-Qaeda’s leader, called upon Syrians to “rise against the criminal Alawite regime” of Bashar Assad. In June 2013, between 30 and 60 Shiite civilians were killed by rebel forces in Hatla, a village near Iraq that was invaded by thousands of foreign-backed  Salafi/Deobandi  jihadists this week. Rebel fighters denounced the “pug-nosed” Shiite “dogs” and burned dozens of homes.

ISIS has been active in Syria since 2012, fighting to control major outposts and the provincial capital of al-Raqqa in northern Syria. The group is fighting both Assad’s forces and the secular Syrian rebels who once had viewed the group as an ally in the fight to topple the embattled leader. Fierce fighting between ISIS and Syrian rebel groups was reported in December 2013 in a dozen locations, with ISIS taking control of the strategic Idlib province town of Saraqeb, which sits on the Aleppo-Damascus highway.

Jabhat Nusra, Syria’s homegrown Salafi-jihadist group, has important links to al-Qaeda affiliates and demonstrates a higher level of effectiveness than many other rebel groups. The group has shown sensitivity to popular perception and is gaining support within Syria. The emergence of indigenous Salafi jihadist groups such as Jabhat Nusra is far more dangerous to the long-term stability of the Syrian state than foreign Salafi/Deobandi jihadist groups, as they represent a metamorphosis of a Salafi-jihadist ideology into a domestic platform that can achieve popular resonance.

Lebanon has been roiled by tensions and clashes over both Hizballah’s strong military support for Assad and a number of rebel-supporting Sunni communities. Car bombings, rocket attacks, and kidnappings have targeted both parties, and armed clashes have been frequent. Hizballah leader Hassan Nasrallah has publicly justified Hizballah’s involvement in Syria to stop al-Qaeda-style Sunni radicals, or takfiri, in their tracks. He sees Lebanon, Syria, and Iraq as part of the same battlefield.

On January 4, ISIS claimed credit for a suicide car bombing that took at least four lives and wounded dozens in a Hizballah-controlled suburb of Beirut, marking the first attack by the group in Lebanon. The group warned that the bombing was the start of a campaign against the “wicked criminals” of Hizballah for its role in helping the Syrian regime.”

Another al-Qaeda affiliate, the Abdullah Azzam Brigades, claimed responsibility for November’s suicide bombing of the Iranian Embassy in Beirut. Group leader Majid al-Majid blasted Nasrallah’s characterization of killed Syrian regime members as martyrs as “an insult to millions of Muslims.” He didn’t hesitate to threaten all of Lebanon should Hizballah continue to support the Assad regime, and hinted that his organization would plan an attack on Lebanese tourists, should the state continue to strengthen Hizballah and its leaders. Al-Majid was captured by the Lebanese security service, and on January 4 died in custody.

In the last decades an Iran-dominated Shia Crescent was considered the main threat to Israeli and regional security. The growing involvement of Salafi jihad in the region has produced a new threat. The latest operations of al-Qaeda and its affiliates in the three countries of the Shia Crescent – Iraq, Syria, and Lebanon – highlight the group’s growing regional influence and ambitions.

The Salafi/Deobandi  jihadist groups might destabilize the whole area and transform it into an unstable, ungovernable conflict zone. Such an uncontrolled region would become a safe haven for Islamic terror groups and training center for militants from the Sinai, Arabian Peninsula, and elsewhere, and a platform to launch jihad against Israel and moderate Arab countries in the region. A positive outcome of this scenario, however, will be the decline in Iranian influence in the region.

Col. (res.) Dr. Shaul Shay, a research associate at the Begin-Sadat Center for Strategic Studies, is a former Deputy Head of the Israel National Security Council. He lectures at Bar-Ilan University and the Herzliya Interdisciplinary Center.