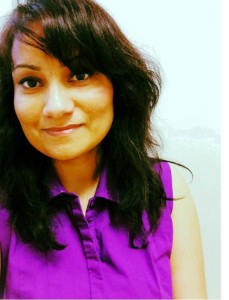 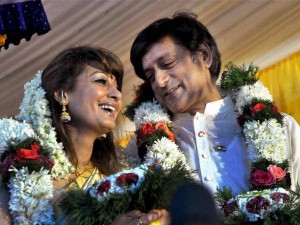 Sunanda Pushkar loved her husband to death. No pun intended. In fact, death doesn’t sound very romantic, does it? Sunanda, the deceased wife of Indian minister Shashi Tharoor, supposedly committed suicide after finding out about her husband’s alleged affair with a Pakistani journalist. The Pakistani journalist claims that the two were merely ‘intellectual companions.’ Beyond the tabloids, there is something more to this story.

Research shows that most people will cheat on their spouses at, at least, one point in their lives. And most women will get away with it more easily because of the myth that woman are inherently more faithful. A myth created by either a man to keep his woman faithful or, possibly, by a woman to fool her man. Neither men nor women are more faithful. It is more accurate to say that ‘some individuals’ are more faithful than others.

Multiple reasons have been given by both researchers and the masses, all of which seek to explain why people cheat on each other: including (but not limited to) boredom, the non-monogamous nature of the human species, arranged marriages, money problems, erectile dysfunctions, intellectual mismatch, terminal disease, boys will be boys, the inherent stupidity of women, and so on. No matter what the reason might be, infidelity can be painful for both the ’unfaithful’ and, most definitely, the ‘faithful’ in a relationship.

And, to me, all forms of responses to a partner’s infidelity are acceptable, but the one that Mrs. Tharoor chose. Never kill yourself for your man’s infidelity. Never. It’s okay to divorce, yell, burn his car, smash his computer, take all the money out of his bank account (and get a boob job with that), turn his kids against him, nag for years to come, eat too much (and get fat), sleep with his best friend in revenge, have a few flings of your own.

The list is endless. But it’s never okay to kill yourself. No man is worth your life. They are there to make your life beautiful, not to take it away. If one man is not doing a good job at making your life beautiful, it’s okay to try the next one. And sometimes you have to shop till you drop – by natural causes, of course. Another pun not intended. Indeed, Sunanda’s death brought sadness to both countries. It broke my heart. Watching her videos on Youtube, it seems like she was an intelligent, sharp, vibrant, and confident woman.

For her to take her own life for love, if she did, leaves my mind in bewilderment. Sunanda wasn’t a naive teenager who fell in love for the first time. She was a two-time divorcee; an actress and successful businesswoman who was married the third time round. She knew that husbands are replaceable. She knew there is always a better one, and that makes me wonder if this was really a suicide? But reports coming in are calling it a drug overdose. Initially, some called the Pakistani journalist an ISI agent. They said Sunanda’s death was the accomplishment of the ISI.

Well, if the ISI was that powerful or clever, Pakistan would not be drowning in terrorism, corruption and civil war. Did Sunanda’s husband kill her? Can a seasoned politician be this stupid to kill his wife within 48 hours of such allegations of infidelity? But then he is also the same guy who doesn’t know how to protect his Twitter account. Perhaps we’ll never truly know. Rest in peace, Sunanda! Or better yet, come back as a beautiful woman again in your next janam. And this time, when your rich, powerful, handsome husband cheats on you, choose one of the other options. Revenge should be sweet.