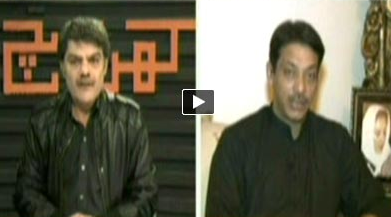 On a day when the entire media was finding it opportune to talk about the 42nd anniversary of Fall of Dhaka and to find a link of Shaheed Zulfikar Ali Bhutto in the debacle, Mubasher Lucman did a hard hitting program on the killing of Allama Nasir Abbas and the continuous killings of Shia Muslims.

Later on Aqeel Karim Dhedhi came on phone and lamented the “Makrooh harkaat” of Jang Group by publishing such damaging and plagiarized news in their papers.