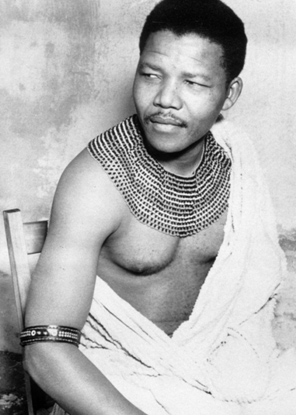 Good bye, Madiba as you leave us in awe of you. We say “a dieu” today to a gifted leader, an exceptional statesman, and an extraordinary human being who became a symbol of human worth. I still feel myself mesmerized by his tenderness, humility, and introspection that nobody expected as the apartheid melted away and Madiba emerged from three decades of persecution and imprisonment. Madiba never looked backed. He showed no bitterness, did not fulminate or gloat, did not even ponder long. He just went about the work of building a nation. He was not satisfied with his victory, he was determined to do one thing only, and that is to serve life itself for he clearly saw how each race is stitched together by the life. Madiba’s life is a shining field of light because he felt one with all humans and never alone, not even during the years consigned to solitary confinement.

He rediscovered a beautiful country with all its difficulty, beauty, and diversity, free from the constraints of this or that ideology, free from narrow-minded thinking, and free from the notions of racial prejudice. His life is a testament to love. Only love knows how to forgive truly as Mandela did. Mandela simply radiated legitimacy, uprightness, and a commitment to the ideals that his country had been aching for. He was so courteous, so uncluttered, so accessible that he made politics seem as natural and good as breathing. There was no guile, only authenticity.

He had a longing seldom articulated but profoundly lived, a longing that politics be conducted in a different way and from the change would emerge an egalitarian South Africa. He tapped into that longing and simply moved on – a nation followed. That difference was by no means merely an end to acrimony, an end to the abusive, vituperative practice of the apartheid. The difference was also, and critically, a fundamentally different way of viewing the future of South Africa.His remarkable conduct made it absolutely clear that this was not an opportunity to avenge; instead it was a time to heal.

To we who remain, Mandela’s passing is shocking, an unkind cut, maybe even a vexation. But Mandela has taught us that to be alive is inestimably precious, a privilege that must not be taken for granted, a trust reposed in us that must be paid back. The consciousness of interdependence and connectedness in humanity is Mandela’s legacy. This is how he will live.  His physical presence has vanished into a mystery we will all follow but never fully understand because nobody has ever returned to tell what it is like. His dream, his yearning for racial harmony to bring blacks, whites, and coloured together into one being burns in a flame that will live on in his country and round the world. South Africans are the most blessed of the nations to have had Madiba.

Never in the collective lifetime of our present generations have we seen such an outpouring, so much emotional intensity, from every corner of the world. When have we witnessed so much love, admiration, and respect for an individual? Madiba leaves the humanity with a shocked sense of loss. The entire world may bare the grief which his death inspires, for, his character and legacy are international property. I am reminded of one of the most eloquent tributes paid in the history. These were the first words spoken after Lincoln’s death by his Secretary of War Stanton – “Now he belongs to the ages.” It was verdict and prophecy alike. Likewise Madiba is not just Africa’s, he is the world’s; he belongs not to our age, but to the ages. No sooner did his captors put him in that solitary confinement than his soul escaped the cell and became a part of the cosmic spirit. Little did they know that every moment Mandela was to spend in that cell will weave itself into eternity and eternity cannot be confined in time and space or creed and race. He knew no black, white, Muslim, or Christian, but only the humanity which holds us all in its blessed circle. His countrymen can find solace in the knowledge that their grief is as widespread as the bounds of land on the planet. This reminds me of the eminent Indian novelist, activist, and feminist Arundhati Roy, who once wrote: “Another world is not only possible, she is on her way. On a quiet day I can hear her breathing.”

A dieu! Madiba. We will always be thankful for your good life.