Home  »  Original Articles   »   I seek the wounds that make me whole 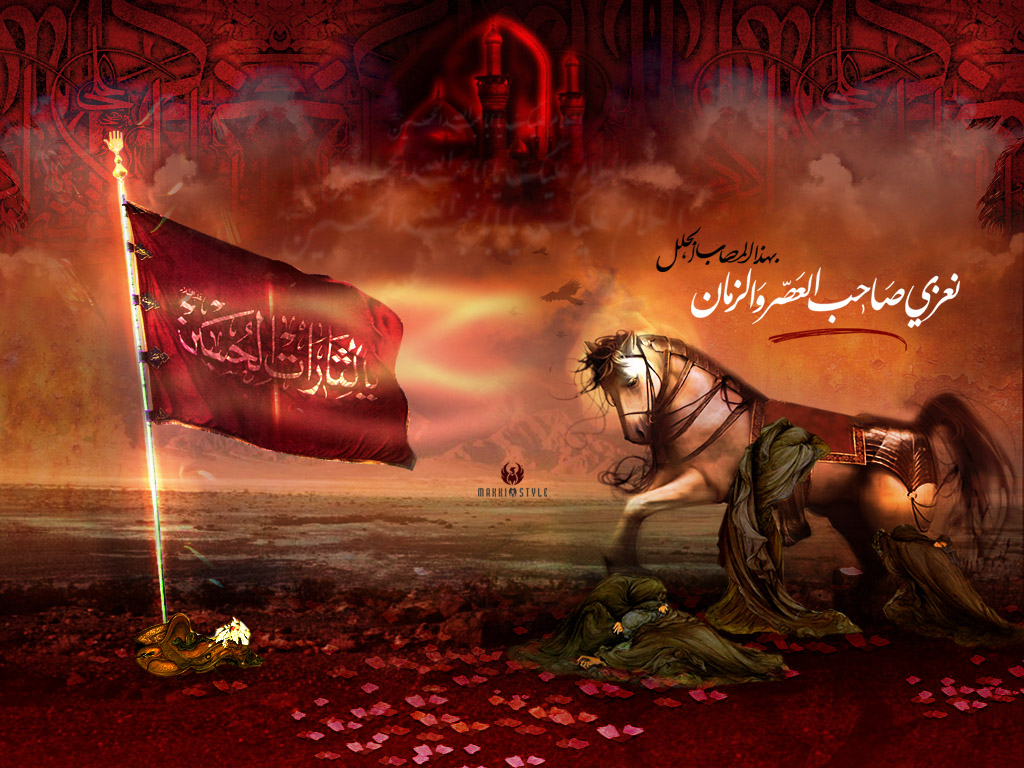 We are all seekers of a Truth. Some of us are weary, some for lone, some enthusiastic, some energetic. Some truths are like an addictive poison, the more you drink the more you desire, all the while it’s murdering everything you’ve become accustomed to; greed, avarice and Self.
This poison erodes everything, yet touches not two.
It leaves you soul that is attuned to emotion, your intellect that is wired with reason intact.
In plains, of tumultuous solitude.
Our composition as humans is an amalgamation of material dependents which identifies us as a Cause, proving that we are not self-existent.
This leads to the quest of what is Independent and Self-Existing. “A Negation of all limitations because negation in any sense implies composition”.
God cannot be seen in a physical form, deciphered or understood by us as we are limited in our finite capacity. He is however recognizable in everything created. As Imam Husain (a.s) said, “Thou has introduced Thyself to everything; so there is nothing which does not know Thee, but Thou has introduced Thyself to me in everything so I recognize Thee in everything”.
There is an intrinsic fiber in the matter that makes up man to succumb to something greater than the recognition of self; the ‘submissive attitude of human conscience’. There are degrees of submissiveness which are incumbent on the recognition of the sacredness of (lack of a better tem) ‘Object’.
The one, who is fully cognizant of the Absolute Perfection of the “Object”, will be absolutely submissive.It can be postulated that the degree of submission is therefore according to the excellence of attributes and a response to the depth of understanding. Agha Pooya states in order to be able to entertain the manifestation of such perfection, man’s ego center would have to be completely purified.
And the winds whisper to my intellect “Karballa”.
A pure (wide) receptive ego center would be crucial in the ability to contain awareness of Absolute Perfection; hence the purer the lineage the more the receptiveness. In simple terms, a cracked bowl cannot contain a particular amount of water; the vessel must have the capacity and capability to retain. This purity of the ego center is regardless of age-the state of submissiveness is constant and consistent.
This outstanding qualification can be attained only by those who live in a state of submissiveness. They are absorbed in realization of greatness of God and are at the same time alive to the needs of the destitute. Their consciousness is then elevated to extraordinary heights of complete nearness to God, which means complete nearness to His beings.

One who is absolutely submissive is one capable of the imperturbable realization .Submission bequeaths sacrifice. It acknowledges the destruction of one’s limited interest for a greater attainment.

The Holy Quran describes a shaheed as a sense of “witnessing”.
“And whoever obeys God and the Apostle (Muhammad (s)) these shall be with those, God hath bestowed favors upon them; of the Prophets, and the Truthful’ and the ‘Witnesses’ and the Righteous one; and excellent are these companions”. (Surah Nisa,chapter 4,verse 69).
“Witnessing” is further explained by Agha Pooya as “a sound and proper observation of an object as it is in its self’. It is widely accepted that the term shaheed is then “sacrificial witnessing”. It is a commonly accepted term, even used in the book ‘Hezbollah: A history of the party of God’ by Dominique Avon and Khatchadouria.
Martyrdom is the path to such witnessing; which is justified in its interpretation as being killed in the way of Allah.
Imam Hussain(a.s) in full cognizance admits “What has gained the one who has missed Thee. And what has missed the one who has gained Thee?”, revealing his perfected state of understanding God .
Martyrdom is the ultimate honor bestowed by Allah on the believer for the sacrificing everything loved and cherished. The greater the sacrifice, the greater the reward; which on the surface seems to be comprehensible.
Yet Karballa leaves this seeker bewildered as to how they were willing to sacrifice not just their physical being, but sacrifice and be pleased knowing the future of the traumas and tortures that awaited their family.
It can then be deduced that one whose devotion was absolutely perfected in submission; his emotions and love would be at an exalted peek of human capability.
The love an Imam would have for a son would be in perfect form, unbiased above the affection of an ordinary parent.
The acceptance of this rationale extrapolates that the absorption of pain would be in it’s ultimate zenith too.
I see nothing but submission to God in Hussain (a.s). I recognize nothing but perfected love and sacrifice in Karballa among every one present. I see unique sacrifices; personalized trials custom made for each individual.For all companions,kith and kin to battle in thirst and for the warrior Abbas(a.s) his test lay not being allowed to battle; despite being groomed by the master swordsmen Imam Ali(a.s) himself. Abbas’s (a.s) unwavering devotion to Hussain (a.s) is such, that Loyalty has forever enslaved it’s self as Abbas’s (a.s) shadow.
Ali Asghar has been described as the Ali who has never had a home. Ali Asghar was a few days old when he was on the journey from Medina to Makkah; to Kufa which then changed to Karballa. In Medina as Fatema Sughra held Asghar in her arms and refused to return to any one Imam Hussain(a.s) finally whispered in his ear “Son I need thee also at karballa,for thy name is also in the list of martyrs and without thee my darling my sacrifice will be incomplete”.
It is possible to understand the complete sacrifice of Hussain (a.s)- for Asghar’s arrow pierces through the veils of lies of the present day enemy (feebly) trying to propagate that Hussain(a.s) was not on the right path.
Oh, Asghar how even 1400 years later you are a testimony of the ghurbat; (loneliness) of Hussain(a.s)-the cruelty of the power seekers and usurpers.
Imam Ali(a.s) was mourned by the orphans of kufa at his death.Such was Imam Ali’s (a.s) known love and kindness to the orphans.Yet Hussain’s(a.s) sacrifice was not complete without leaving Sakina to meet the most barbaric treatments proffered to orphans. Sakina’s submission to God was absolute too.
Zainab (a.s) who could live not a day without seeing Hussain (a.s) left him shroud less, unburied on the burning plains of Karballa asking God to accept her ‘small sacrifice’.
In the court of Yazid when the accursed tyrant jested and asked, “Have you seen what your Lord has done with you?’ Zainab (s.s) replied “I have seen nothing but beauty from my Lord”.
Agha Pooya aptly compares Imam Hussain(a.s) and Prophet Noah, saying that while Noah preferred to save a few on his ark, Hussain (a.s) destroyed his ark in order to save mankind.
As stated by Dominique Avon and Khatchadouria , for the Hezbollah “Karballa constitutes the cry of the ummah’s conscience making the thrones of the tyrants tremble over the course of centuries ”.
Karballa is the antinomy of Truth and Falsehood; the resistance of the Oppressed against the Oppressor. It is like the ever flowing Ab e Zam-Zam of strength in every calamity; the scale upon which our tribulations trivial in comparison.

I seek the unattainable; I thirst for a poison
To quench the thrashing of my soul,
I seek the wounds that make me whole.