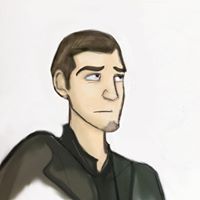 Since the beginning of social media activism, there have been numerous sites which started with a very ambitious and sincere agenda of building a peaceful prosperous Pakistan. From 2001 till now I have participated in such activism on most of such sites.

I remember South Asia Tribune run by Shaheen Sehbai. I used to be in California at that time, and did not know much about Shaheen Sehbai and his agenda. I started taking part as commentator on his site as he apparently was against the dictatorship in Pakistan. But soon I realised his (personal) agenda.

I also saw the growth and popularity of Adil Najam’s website pakistaniat.com. Again I was an enthusiastic commentator on that site before I realised how Mr Najam is using social media activism to advance his own professional career.

Then came pkpolitics.com which became very popular during the judicial movement against the mad dictator General Musharraf. I saw the rise and fall of pkpolitics.com as it was taken over by the (mostly right-wing) trolls.

At the same time there was Awab Alvi’s site Teeth Maestro. During the judicial movement it was hard to notice the hidden agenda of several such sites.

Let Us Build Pakistan (LUBP) has proved to be the sole survivor in the the battle for a peaceful, pluralist and prosperous Pakistan. LUBP survived all possible attacks from the veiled threats to naked threats, careerist dreams and the money. But somehow the people at LUBP have stuck to their agenda.

It is, therefore, heartening to see the recent Alexa website statistics which show that LUBP is most highly ranked social media website in Pakistan. My congratulations to Mr. Ali Abbas Taj and the entire LUBP team.