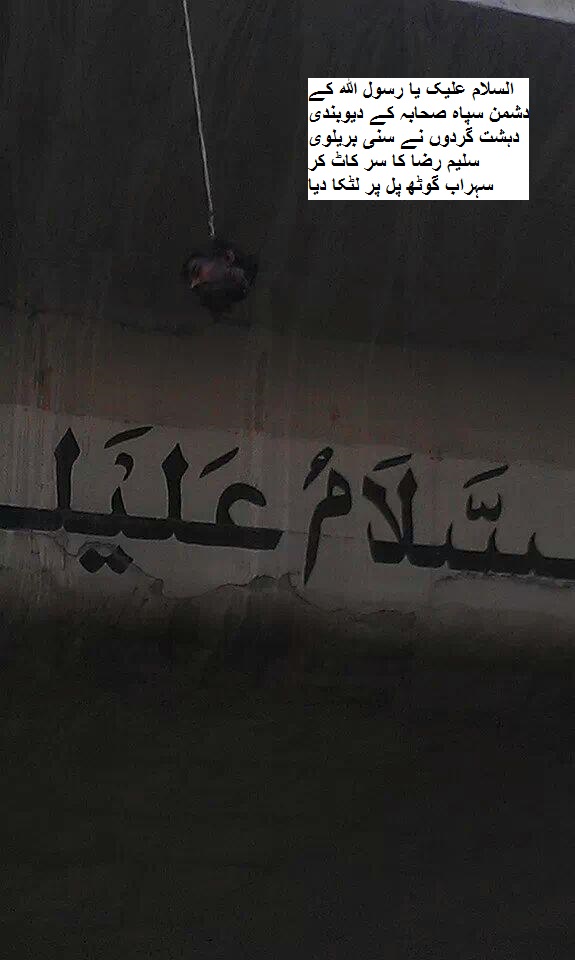 Having been born and raised in Karachi, I have always loved my hometown. So much so that being to over 45 beautiful and peaceful cities of the world, I feel unexplainable association with Karachi. It was natural then to feel alarmed and insecure when the city’s largest party, MQM, warned of Karachi’s Talibanization. Much before Altaf Bhai, senior Sunni Barelvi clerics including Saleem Qadri Shaheed warned Pakistan about creeping Talibanization of Karachi in the shape of Takfeeri Deobandi terrorist groups (ASWJ-SSP) and madrassas. So many people made fun of Altaf Hussain and Saleem Qadri Shaheed when they made the statements. But we are now seeing it really happening.

On Friday (29 Nov 2013), DAWN TV reported that Takfiri Deobandi terrorists of Sipah Sahaba Taliban (ASWJ-TTP) beheaded a retired Pakistan Navy officer Saleem Raza alia Fauji in Buffer Zone Karachi. Later, they drilled his head and hung it with a rope on Sohrab Goth bridge with a notice saying this is revenge for Rawalpindi incident. Saleem Raza was a Sunni Barelvi (Sunni Sufi), and had an Alam (religious flag) on his home to express his love for Prophet Muhammad (SAWW)’s family. This deep love for Prophet’s (SAWW) family is something the Takfiri Deobandi Sipah Sahaba Taliban didn’t like, and took his life for.

Saleem Raza Shaheed, known as Peer Saleem Fauji Bhai, was a retired sailor of Pakistan Navy. He lived alone in the house in Sector 16-A of Buffer Zone, and was known for his spirituality and charitable work.

The location of the severed head hanging from the Sohrab Goth bridge is equally relevant. It was hanged next to the wall-chalking “Assalam-o-Alaika Ya Rasul Allah”, a Sunni Barelvi ritual of devotion and salutation to Prophet Muhammad (pbuhp). It may be noted that Deobandi and Salafi Wahhabi Muslims reject the salutation (Ya Rasul Allah) of the Prophet by Sunni Barelvi Muslims, they consider it shirk (polytheism). 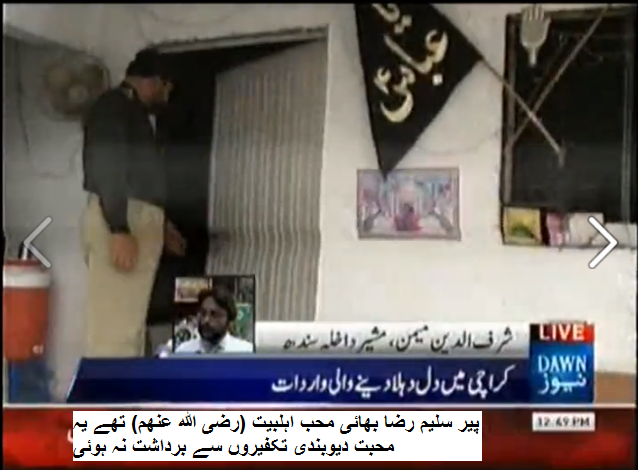 Other than DAWN TV, most Pakistani channels only ran a ticker or two on the incident and then blacked out the news. None in Pakistani media explicitlly identified the vicitm (Sunni Barelvi) and the killers (Deobandi ASWJ-TTP terrorists), nor did they clarify the reason he was massacred (devotion to Prophet Muhammad and Imam Hussain). Some in Pakistani media even went to the extent of terming it a case of ‘personal enmity’. Concealing the news is an old tactic of pro-Deobandi-Wahhabi and pro-estbalishment elements in Pakistani media.

There are several reasons for the Punjabi-Deobandi dominated media’s hushing the news.

2: It also proves wrong the intentionally misleading propaganda that only Shias commemorate Muharram. That deceased Sunni Barelvi Muslim Salim Raza had Alam on his house proves he had respect for Imam Hussain (R.A.) and His family (SAWW).

3: This also proves that Karachi has now been occupied by the Sipah Sahaba Taliban who choose the target and execute it whenever they want. In this case, they stormed into Sunni Barelvi Salim Raza’s house, took him away, beheaded him and hung his head on the pole. Karachi, as Altaf Hussain and Sunni Barelvi leaders have been warning, is a Sipaha Sahaba Taliban stronghold now.

4: The silence by media is a continuation of the policy to obfuscate the Deobandi violence against Shias, Sunni Barelvis, moderate Deobandis, Ahmedis, Christians and Hindus. Takfeeri Deobandi Sipaha Sahaba Taliban have targeted all faith groups and spared no one. The Nishtar Park carnage where entire leadership, more than 50 leaders, of Sunni Barelvi Muslims were killed by the Sipah Sahaba Taliban is an agonizing chapter of history for Sunni Barelvi Muslims.

5: The incident has taken place at a time when the Sunni Tehrik and Sunni Ittehad Council have growingly voiced their opposition to the talks with Takfiri Deobandi terrorists of the Sipah-e Sahaba Taliban. They have been appealing the Supreme Court and Pakistan Government to take action against Ahl-e Sunnat Wal Jamat ( ASWJ SSP) that is using Sunni Barelvis’ name for its organized violence. It proves that Takfeeri Deobandi Sipaha Sahaba Taliban are targeting everyone who is coming their way.

Being a Karachiite of Sunni Barelvi background, I am worried for safety of each member of my family and every friend. There is no one who is safe from the violence of the Sipah Sahaba Taliban. They have target killed Shias in droves, Sunni Barelvis are being killed, targeted Ahmedis, killed Christians. When in such a dangerous time media hides the facts about the real threat, I really feel worried for the entire Pakistan and coming generations. 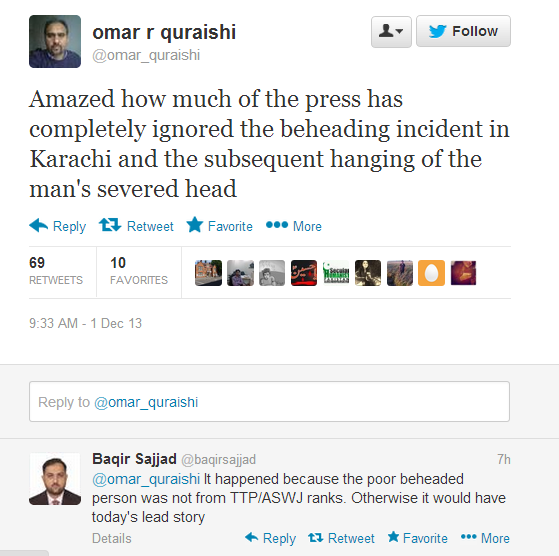 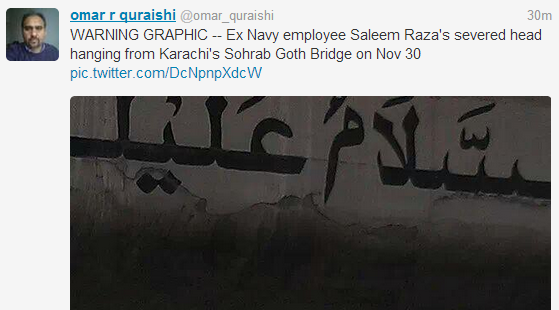 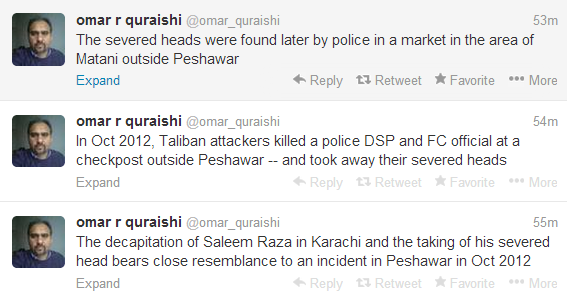