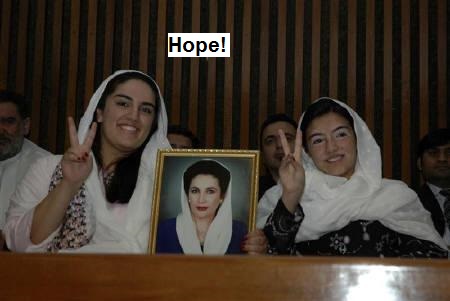 The Pakistan Peoples Party (PPP) was founded by various progressive politiicians including former members of the now-defunct Pakistan Socialist Party, banned by then-Prime Minister Liaquat Ali Khan. In the 1960s, support for socialism as well as opposition to President General Ayub Khan’s pro-Western/pro-American policies mounted in West-Pakistan. General Ayub Khan’s unpopularity continued to grow following his decision to sign the Tashkent Agreement with rival India, in the aftermath of Indo-Pakistani war of 1965. The dismissal of charismatic democratic-socialist Zulfikar Ali Bhutto further angered and dismayed the public and the democratic-socialists, and made Bhutto determined to bring down the Khan government. As a result, a convention was held on 30 November 1967, in Lahore, where democratic-socialists and left-wing intellectuals gathered to meet with Bhutto at the residence of Dr. Mubashir Hassan, and the Pakistan Peoples Party (PPP) was formed. The newly formed party’s members elected Zulfikar Ali Bhutto as its first chairman, and its manifesto, titled “Islam is our Religion; Democracy is our Politics; Socialism is our Economy; Power Lies with the People”, was written by Bengali communist J. A. Rahim, and first issued on 9 December 1967.

The manifesto identified the party’s ultimate goal, main objective and raison d’etre as being the achievement of an egalitarian and “classless society”, which was believed to be attainable only through socialism. It called for “true equality of citizen’s fraternity under the rule of democracy”, within “an order of social and economic justice.” In 1968, a massive public-relations program was launched by the party, beginning in Punjab. Bhutto’s program directly targeted the country’s poverty-stricken masses. The left-wing oriented slogan, “Land to the Landless”, proved irresistible to the peasants and labour-force, as the party promised not only to abolish the fundamental feudalism that had plagued the country, but also to redistribute lands amongst the landless and the peasants. The working class and labour movement quickly flocked to the party, believing it to be a party dedicated to the destruction of capitalism in the country.

The young university students and teachers who often bore the brunt of Ayub Khan’s dictatorial regime during his decade-long rule were promised a better future with better educational and career opportunities. Many other members of society who had felt stifled and repressed by the press-control and heavy censorship practised by the authoritarian Khan regime also joined the new party. The party’s manifesto also attracted the country’s numerous sectarian minorities, who quickly joined the party.

Eventually, the socialist-oriented catchphrase Roti, Kapra aur Makan (lit. “bread, clothes, and housing”), became a nation-wide rallying-call for the party. By the 1970s, the Pakistan Peoples Party had become the largest and most influential leading socialist and democratic entity in the country. The party published its ideas in its newspapers, such as “Nusrat”, “Fatah”, and “Mussawat.

Bhutto wrote before his judicial mruder by army generals: I have reached to this stage because I thought the reconciliation can be done between the two classes, I was wrong and only one class will win and only a classless society is the aim of PPP.