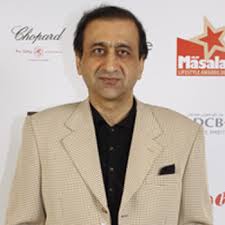 It was an early winter night. The small intimate gathering at the rooftop of a private bungalow was a calm affair but a tête-à-tête with a well-known senior media person from Geo Network was red hot! The topic of conversation was the man behind Jang and Geo Group, Mir Shakeel ur Rahman, who has transitioned from being a man behind a media empire of various famous anchors and journalist to the man accused of media-tyranny, corruption, disloyalty and treason to Pakistani nation and its solidarity. Usually hiding and firing his shells using the shoulders of his army of opinion makers in Pakistani media, Mir Shakeel has apparently felt the glare of the spotlight he has to face unwillingly.

Known for being the mastermind behind the media policies formed by Jang and Geo yet not coming forward in the limelight, Mir Shakeel ur Rahman, has now become the target of resentment by Pakistani nation and lost his media empires credibility at least in the matters of army and Intelligence. The major game changer in this regard was the announcement of a new media channel BOL that really shook Mir’s 60-year-old media empire in an unprecedented manner. BOL unveiled the anti-army sentiment of Mir Shakeel and with its bold and upfront claim of bringing about a media revolution, it has so far stirred up a storm in the media industry and at the same time making the Mir nervous. With a single full-page Job ad and a heavy online advertising campaign directed targeting  nationalistic sentiment with slogans like “I am BOL- I am Pakistan,” BOL has certainly helped in building the much needed positive sentiments for the country and armed forces. Next in line was the ARY group with its stalwart Mubasher Lucman who didn’t take much time to realize the need to further the dents that arrival of BOL caused in the foundations of the Jang/Geo media empire. Apparently fed up from the anti-Pakistan stance of the Jang/Geo group, Lucman went all out as a one-man army against Mir. In the process he also benefitted from a renewed fame and highest ever ratings.

“Mir Shakeel wants to just get the Wardi Walas off his trail!” said the media personality well known for his gift of gab while taking a sip of tea, “The direction we have received is simple: ‘get me out of focus… change Mir vs Army to something else vs army’. We initially went positive and aired 3 hours of pro-Armed forces programming on 27 October Kashmir Day this year when last year we barely aired a 2 minute piece in off-primetime”

“But the ongoing Lucman attacks were not heading off the heat from Mir Shakeel in spite of Kashmir stunt – only then Gen. Musharraf’s bail was approved! We were again debriefed to keep Military perspective in the forefront but with the change of direction..” he smirked and said adjusting his hair and specs , “Mir Sahab entrusts such things within his inner circle of reliable friends only, which obviously includes me.. This time instructing again to create a distraction (for Army) by pitching them right against Judiciary and Media! The air time we gave to Musharraf was unbelievable… His bail is no longer a story… People are not interested in him but we still aired his story 100 times in a day amid persistent pressure from Mir sahab. He wanted to fight with army but not on his own personal issues of treason and corruption. He wanted to fight on some other issue where his personal self is not involved and Musharraf was surely a safe bet.”

“Then came the Jirga on Geo! Did you see how Safi’s questions to Munawar Hasan were on the “Halaqat vs Shahadat”? How they brought ghost from the past, Major Sanaullah, in discussion about Taliban? This was all staged by Mir Shakeel ur Rahman to create a smokescreen for himself!” When I smiled at this comment, he sweared vehemently upon the Holy Book, saying,”Giving so much hype and airtime to Munawar Hasan’s comment about Hakimullah Mehsood’s ‘shahdat’ – all part of our strategy! All primetime anchors were assigned to cover this and this story ONLY!“ “(I heard) clear instructions “Shaheedon ko ragarr do!” from Mir (Shakeel ur Rahman)!” Smiling and shaking his head in a astonished manner he said, “You have to give due credit to Mir Sahab’s scheming mind – no wonder he has stayed in shadows for so long despite owning the leading media corporation in Pakistan.”

He added, “ISPR’s response to Jamat-e-Islami’s comment was an unexpected cherry-on-top for Mir Sahab too. He could only wish that a pro-establishment party’s rift with Army will create a distraction of this magnitude to take the limelight away from Mir Shakeel ur Rahman and the revelations made by Lucman.  In short, Munawar Hasan became a scapegoat for Mir Shakeel ur Rahman and us Geo people!”

“Mir Sahab didn’t stop there and once this “shahadat” issue tends to fade, he immediately directed Ansaar Abbasi to write a main story for his newspapers regarding how FIA is afraid to question the army leadership in Musharraf’s treason case. We again covered this as our lead story in GEO throughout the day… How intelligent of Mir sahab!! Reminding people of Musharraf and the present army’s role as his savior will certainly help in mudding that positive sentiment being created for army and the negative one for him….Cheez to buhut oonchi hein wo !!”

With topics transitioning from media to politics to religion, his ramble dragged on and on but my mind pondered on something else: That how accountable is a person like Mir Shakeel Ur Rahman for putting personal gains and security over journalism ethics and more importantly, national security? Is there any limit to his agenda of manipulation ranging from India to U.S and from Army to Judiciary? Will people like him keep relying on distractions and goldfish memory of our public and lurk in the shadows? With these thoughts, the tweet from Mubashar Lucman popped up on my smartphone screen, which resonated what I thought:

”My son asked me why is it called Geo when only news of death and destruction come on it, his