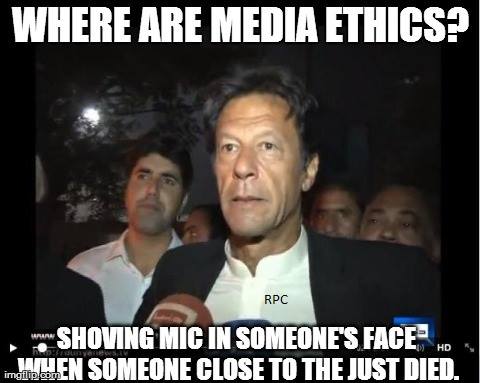 I condemn the reckless killing of Brother Hakimullah by the arrogant imperialist Americans. They have droned the peace process. I cannot begin to describe the contributions of the late Brother to the world peace. He shot Brother Imam in the chest after the recitation of the Holy Quran and in the back for good measure and for the glory of the Ummah. A befitting end for someone who violates the orders of Allah SWT and Hakimullah RA.

For the first time in a decade the Ummah is united on a single point agenda to come together and lie down in front of the NATO tankers. Such awe inspiring occasions are rare in the history of nations. We are united from Tarnol toll plaza to Torkham check post and from Bani Gala to Aitchison College. Under the shadow of this flag we are one.

Let me take this opportunity to salute Chaudhry Nisar Ali. He is the only leader in the country with a vision. If he is ready to lead, I am ready to follow. Together, we can bomb all the churches at the hour of worship, behead the soldiers of the infidel Pakistan army and arrange them in neat rows for Umar Media to film, plant explosives in the Qissa Khawani Bazaar and in the passenger buses to celebrate the blessed memory of the late Brother.

The most shameful thing we have done in our history is to become a part of the war that is not our war. When we established Pakistan, it was to make sure that we were free to live according to the tenets of Islam and free to kill one another without outside interference. What is the point of sovereignty if we cannot bomb our own marketplaces and slaughter our own polio teams?

I know the West better than anyone else, including West London where I go for charity balls. I married into the West and was accepted by them as one of their own. They can not face someone who stands up to them. If we rise like Maula Jat and say, ‘Are you new my lovely’, they will start shaking in their boots, stop the drone strikes and scuttle out of Afghanistan with their tails between their legs.

We can establish the rule of law in Afghanistan after the Americans leave. After we have killed the last doctor from Medicins Sans Frontieres and bombed the last school built by the USAID, women will die at home with honour, dignity and puerperal sepsis. Meanwhile, my children will go to Eton and I will have physiotherapy in the London Othtopaedics Hospital in a peaceful manner with intact sovereignty and preserved honour.

Pakistan is the seventh nuclear power of the world. We will rise like the spirit of General Mustache ul Haq from the deserts of Khairpur Tamewali and shoot down the drones which breach our sovereignty. We have squadrons of F-16 flying falcon which we have paid for, in full, with the help of the IMF extended credit facility.

Tie your dog under a canopy and trust in God. Don’t let him near a mobile phone, unless you want him to achieve martyrdom.