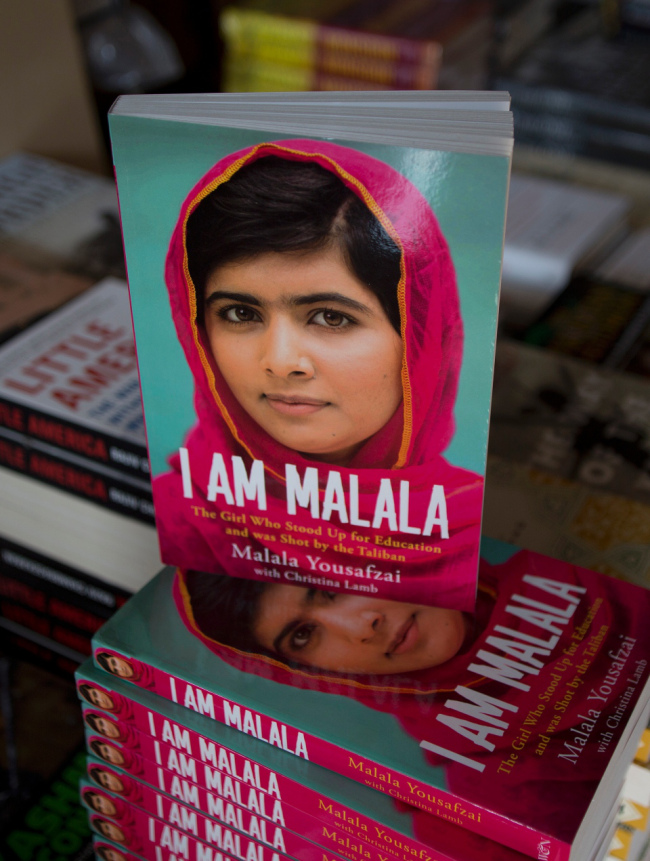 Perhaps a more appropriate comparison for “I am Malala” is with another book. As a friend of mine explained to his six-year-old daughter “she is our Harry Potter – the girl who lived”

There has been no dearth of Malala bashing in Pakistan. After all she earned the dubious honor of being voted amongst the “Most hated” in a recent poll. But since the publication of “I am Malala” the hate-Malala-campaigners have had a new spring in their step. A number of leading urdu newspapers in Pakistan have published “book reviews” on I am Malala in the guise of opinion pieces. Credit to their honesty though, most of them have started with the disclaimer “I have not read the book personally, but….”. This admission of ignorance, however, has not stopped their views from being shared widely on the social media as some kind of proof that Malala is an agent of the west, a pawn in the great game to somehow discredit Islam and Pakistan. More worrying for me is that some of my closest friends hold the same view. My own Facebook page and email account have been teeming with discussions on why she is or why she is not what these book-reviewers claim.

The arguments from the supporters of this conspiracy against Pakistan and Islam broadly fall into three categories:
1 – The authors of these reviews have a point and I agree with that.
2 – There are so many other victims of drones, murders, and rapes why only take Malala.
3- and of course, the India comparison. Why don’t these western powers talk about the rapes in India but focus only on this one Pakistani girl.

I for one would not trust any idiot who decides to write a scathing review of a book and it’s author without making the bloody effort of even reading it. He probably has an agenda and he hopes that his readers are not smart enough to see through that.

Would you take the views of a food critic on how the food is in a particular restaurant if he has never eaten there but insists that the food is terrible. Who would you suspect the restaurant or the critic of having a hidden agenda.

The book may be all that these guys are saying or it may not. Why don’t you read it and make up your own mind.

Next we have “there are so many other victims of drones, murders, rapes why only take Malala”

At a more fundamental level, would you not address a terrible wrong unless everything else that is wrong is fixed. If your house is robbed and the police tells you; sir there are so many murders and rapes it would be really unfair for us to register your case unless we solve these other crimes. Would that make sense to you? It is the same argument when we say that ok so she was shot in the head for being an activist but there are so many other women who are killed.

And finally the look-at-India argument “why don’t these western powers talk about the rapes in India and focus only on this one Pakistani girl.”

First of all my suggestion to all my friends who use the look-at-India line is – can you please stop doing that. It is irrelevant, irritating and petty. It is the grown up equivalent of “mom…but he also did it”. We are all a bit too old for that. Buts lets indulge this for a minute. Fundamentally, one does not need to condemn all wrongs before one gets the right to condemn one wrong. More importantly, there is a clear and important difference between crimes committed by individuals and those committed by organizations. A rape committed by an individual is very different from rapes committed by a gang of armed thugs, or a child kidnapped by a criminal versus those abducted by a militia to fight as child soldiers. The former is generally the purview of the local law enforcement and international community rarely gets involved. The latter is much more difficult to solve locally, is evidence of the failure of local law enforcement or worse their complicity. It is, I would argue, a duty of the rest of the world to get involved.

To all the closet book-reviewers who are finding hidden messages in her book I would say that Malala is a symbol and as symbols go they take a broader meaning than what they start off as. Perhaps a more appropriate comparison for I am Malala is with another book. As a friend of mine explained to his six year old daughter “she is our Harry Potter – the girl who lived”.