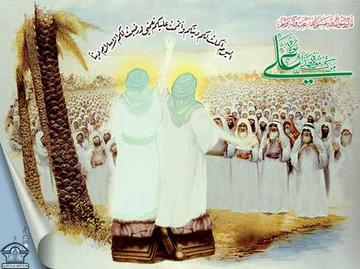 Editor’s Note : With bigotry and ignorance gaining prevalence among Muslim communities, it is time to remember a universal figure like Hazrat Ali Ibne Abi Talib. Warrior, thinker, statesman he was the Renaissance man of Islamic history. While the faith of Islam was being misused for Empire building, the greatest Muslim warrior lead a life of seclusion and away from power. He concentrated on knowledge and developing the intellect. Widely accredited with developing the laws of Arabic grammar through his student, Abul Asad Duwali and developing the Kufic script for writing, Maula Ali is also remembered through the spirituality of Nahjul Balagha.

“Our enemies are not the Jews or Christians, but our enemy is our own ignorance.” —, Imam Ali Ibn Abi Talib (as)

Xain Gerdezi provides detailed historical references in his blog, he goes on to say : It must be noted that this event is a accepted part in all sects of Islam and is not rejected by any. But the interpretation may be different. Even ppl like Ibn e Tamyyah also accept the authenticity of the event (in his Minhaju’s-Sunna. )

To see the universality of Ali, go now further than the writings of the Founder of Sikhism.

Ghadeer al-Khum: Today marks the 1381st anniversary (according to Gregorian calendar) of the event of Ghadeer al-Khum which took place in the spring of 632 AD. Prophet Muhammad (pbuh) on the way back from his final pilgrimage (Hajj) delivered a sermon at the ‘pond of Khum’. During the sermon, he took Ali ibn Abi Talib by hand while on the pulpit and declared the following: Whoever takes me as his “Maula”, THIS Ali too is his “Maula”. The event is narrated by both Shia and Sunni historians with slight variations in the text. Regardless, this is believed to be one of the most authentic and agreed upon narrations. According to Shia Muslims, “Maula” refers to master, guardian and the ultimate authority, as they believe that the word is used in the same sense both for the Holy Prophet and Ali, especially when the Holy Qur’an gives the Prophet ultimate authority over Muslims’ affairs. Sunni Muslims take “Maula” as only a friend to be loved and cherished. Regardless, Ali is revered by all Muslims. For Shias he is the successor to the Holy Prophet in all aspects, political and spiritual. For Sunnis he is the fourth caliph and a highly revered member of the family of the Holy Prophet (pbuh). For Sufis he is the successor to the Holy Prophet (pbuh) but only in spiritual terms, not political.

Bottom line: After the Holy Prophet (pbuh), Ali is the personality that every Muslim is proud of. So, today Muslims are better off putting their differences aside and create harmony among themselves, as it once used to be, by cherishing Ali according to their own beliefs and understandings.

This will make Ali proud of them. Status Update from Sayyed Nakvisson 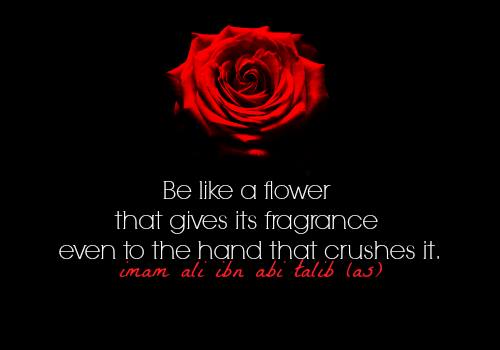