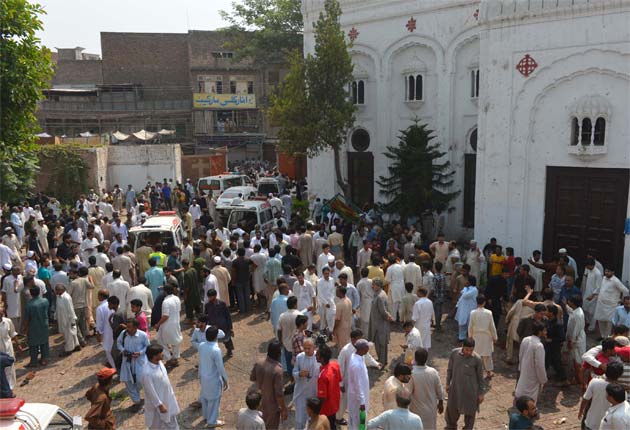 Parliament passed three separate resolutions on Thursday, condemning violence and persecution against Christians in Syria, Pakistan and Iran, calling for protection for journalists and free access to the internet in Sudan and condemning acts of terrorism and sectarian violence in Iraq.

Violence and persecution against Christians

MEPs expressed concern for Christians in Syria, condemning attacks on them by militants in Maaloula and the surrounding area, and calling for monasteries in the region to be protected and for immediate support and humanitarian assistance to nuns and orphans trapped in the Convent of St Tekla. They also condemned attacks in Pakistan on the All Saints Church in Peshawar, and expressed deep concern about the general situation of religious minorities in Pakistan and especially the Christian churches.

MEPs urged the Pakistani authorities to overhaul the blasphemy laws and their current application thoroughly, as they can be misused against people of all faiths in Pakistan .The fate of Pastor Saeed Abedini in Iran is also a matter of deep concern to MEPs, who called on the government to exonerate and release him immediately.

MEPs called for the restoration of human rights and fundamental freedoms following recent protests and demonstrations in Sudan, urging the Sudanese Government “to cease all forms of repression against those who exercise their right to freedom of expression, both online and offline, and to protect journalists”. People should be allowed to have free access to the internet at all times, adds the resolution.

MEPs urged the Sudanese authorities to review the legislation allowing detention of suspects for more than four months without any judicial review and called on the European Commission “to legally restrict the export of mass surveillance technologies from EU countries where they are likely to be used to violate digital freedoms and other human rights”.

MEPs strongly condemned the recent acts of terrorism and sectarian violence in Iraq, calling on the authorities “to facilitate a full and swift independent international investigation (…) and to cooperate fully with that investigation”. All leaders and players in society should “start to work together to end the bloodshed and ensure that all Iraqi citizens feel equally protected”, adds the resolution. MEPs also voiced concern about the spill-over of violence from the Syria conflict to Iraq.