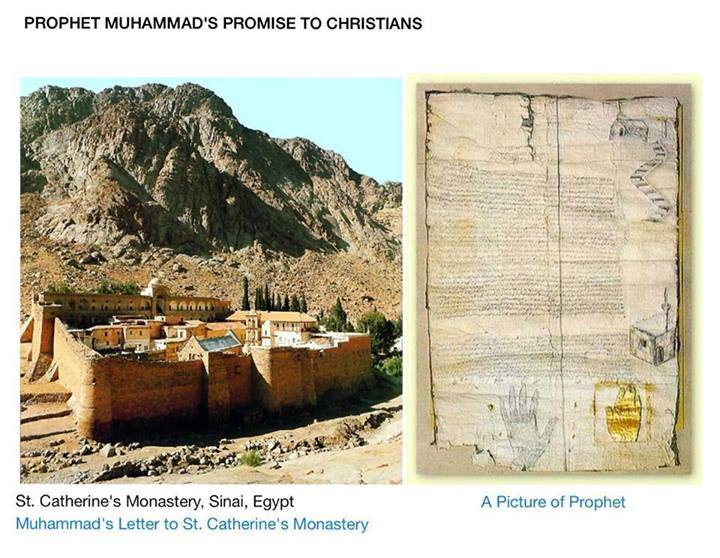 “The reality is that Christians of today’s Pakistan face institutional denial of human rights which are contrary to the covenants signed by Prophet Muhammad in 628 C.E. The Prophet declared protection to Christians by saying, ‘I hold out against anything that displeases the Christians.’ Prophet Muhammad had immense respect for the Christians of Ethiopia who provided refuge to the Muslims. Without that gesture, the Arab marauders have had eliminated Islam in its infancy. He therefore called the Christians his allies. He said, ‘Muslims were to fight for the rights of Christians. If a female Christian was to marry a Muslim, it was only to happen with her permission. She is not to be prevented from visiting her Church. No one among Muslims is to disobey the covenant till the last day.’ But in Pakistan, thousands of Christian females including the minors are raped, abducted and then forcefully married to the Muslims. They face torture and death if they refuse to convert as Muslims.”

“The persecution of Christians can reduce only after Pakistani rulers abandon exploiting two-nation theory. But as Taliban increase their influence in Punjab, where majority of the Christians live, their insecurities will also increase. The Taliban receive financial and military support from Pakistani agencies. It is about time that American government stops all kinds of financial support to Pakistan until they overhaul the constitution, provide complete protection and rights to the minorities and eliminate Taliban and Jihadi terrorists from their land.”