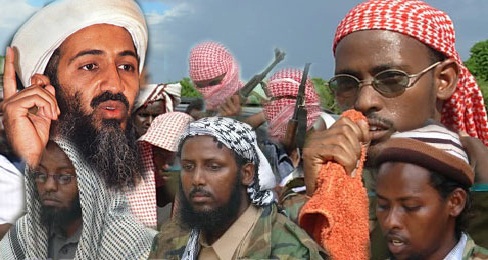 Not all fruits are bananas but all bananas are fruits much in the same way all Takfiri Deobandi Wahhabi Salafist are not terrorists but nearly all (more than 99 percent) terrorists belong to these schools of thought.
So when we see news like UK white Muslim convert, 7/7 bomber widow, now bombing terrorist leader in East Africa :

Samantha Lewthwaite, 29, has been on the run for eight years, since her husband, Germaine Lindsay, blew himself up in the July 2005 suicide bombings in London that targeted subway riders.Survivors of the Westgate Mall in Nairobi said a white woman wearing a veil was among the hostage-takers. Media reports, mostly from Britain, are fueling conjecture that Lewthwaite was the white woman killed in the Nairobi attack.

Amina Mohamed, the Kenyan foreign minister, said a British woman was among the militants who attacked the Westgate mall in Nairobi on Saturday.

Her description of the terrorist as a woman who has “done this many times before” fuelled speculation it was Samantha Lewthwaite, whose husband was the July 7 bomber Jermaine Lindsay.

Let us not forget the Woolich Beheading, the typical reaction from Muslim organizations is compare with other terrorist event where non Muslims have played a role:
This video, which is released in reponse to the Woolwoich attack is a classic example of what is wrong with Muslim reaction to terrorism. The speakers are simply denouncing the individual, just disowning him and declaring him not from them. But is that enough? Why not address the issue, why not address the ideology which causes this?

The question we should really be asking is why is it that Wahhabi Salafi thinking is always a part of such terrorism?

The explanation is that orthodox Sunni Sufi and Shia Muslims follow an Imam or role model. In the case of Sunni Muslims, it is Imam Hubble, Hanafa, Malik or Shaafi.  In the case of  Sufi Muslims they follow their Sufi saint. For Shia Muslims it a set of Imams.  In complete contradiction Salfist thinking denies all Imams and all interpretation. For them the Quran is enough and everyone can be guided from it. There is nothing wrong with having a point of view. Unfortunately the reality is that a very tiny portion of the Muslims population can read and understand Quranic Arabic (perhaps as low as one percent or less).  This means the overwhelming majority has to ask someone.

If this person they are looking up to turns out to be an evil person like Ossama Bin Laden, who interprets the Quran in their own evil way,  they will be pushed to become a terrorist. This means their is an enormous sample space of people like Faisal Shehzad who can become terrorists given the right circumstances. Monitoring of mosque leaders or anyone in leadership position in non Muqalad or Salafi Muslim communities therefore becomes necessary. The Friday sermons at such mosques should be vetted on a continuous basis. Not surprisingly such screening constantly done in Turkey and Saudi Arabia .