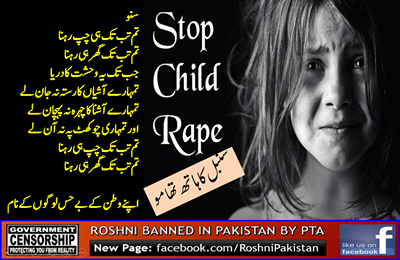 The Bold font of a daunting question; ‘Are you a Responsible Muslim’ plastered on a flyer, slipped under my door and posted randomly everywhere near my home. It is a weekend class which promises once again in bold font to be an ‘interactive discussion forum’ accompanied by tasty refreshments.

Islam has called girls a blessing, but as a society we seem to be under oath, a vow unbreakable- to do everything in our power to make her a burden. I feel like an iressponsible human, let alone Muslim when I hear of such crimes.My stomach is doing convulsions ever since I’ve seen the news, who am I to even try to comprehend what her family must be suffering through? To be silent would make of equal to those committing such sins.
I muse if the ladies there tomorrow will talk about the infant who was drowned by her father in the Ravi in between the sips of steaming chai and biscuits , or whether  5 year old Sumbal who was raped will be mentioned, for you know gatherings where one has gathered to talk about religion such unholy things must not be mentioned,specially where other little children are present. Reluctantly they may even acknowledge that it is definitely something “harrowing” but such things are better left unmentioned, undiscussed. After all how are we to know what  sort of person the father was? What enemies he might have created from his actions that brought on such ‘azaab on his child?.
For in our nation we like to call victims bullies, it has been so with Mukhtaran Mai, Malala so you’ll forgive me if I am a little weary of “human nature”.That little girl (Sumbal), or should I say all those little girls that have been tortured and hurt, why do we refuse to accept them as our own? Instead of hating the perpetrators of the violent crimes we project our hate onto the victim. Perhaps it is because we cannot look ourselves in the mirror and answer the question, what if God Forbid something happened to our child then who would we blame? I apologize if that was too close for proximity.What if it was a little girl we were not related to but cared about, would our reaction be the same? Would we in such haste disgrace those little girls?
I would like to see the thousands that drone on about drones on every media platform available just once condemn the vile acts committed against little Sumbal- if a protest march is too much to ask for. And as I write that my conscience laughs for we live the world of our feudal lords.A world where MNA’s sit in assembly and defend honor killings by calling them traditions; murderers smile and laugh on the day their sentence is handed out to them. A farce of justice,carefully constructed where the judiciary can claim they did their duty and society did theirs and yet if  justice was not meted out the onus is on the parents who were seeped in avarice and not in love of their son.
Like I said, we have tendency to malign the victim to appease the pinpricks of our conscience, for it is a voice we so seldom hear that even it’s whispers seem like the boom of cannons. 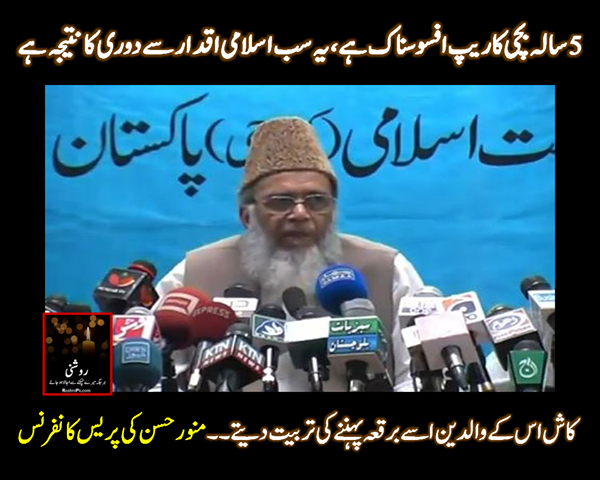 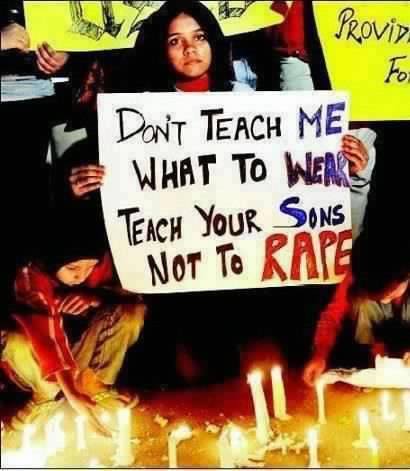 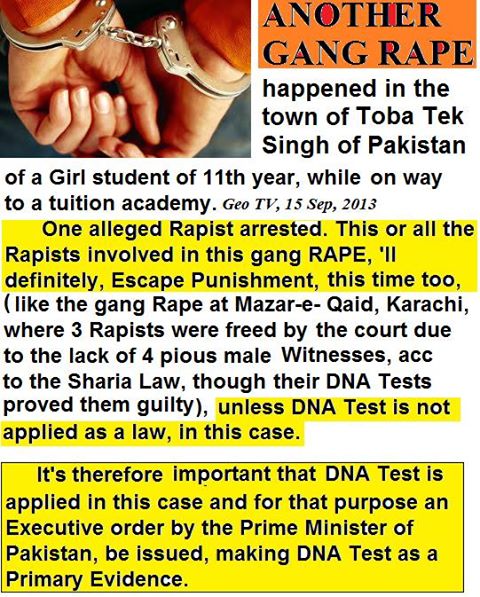